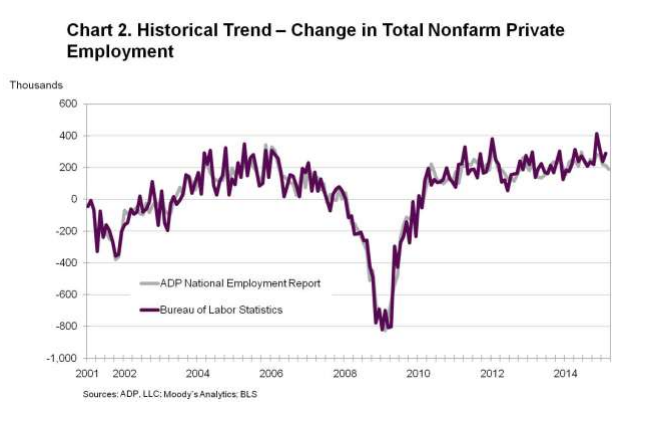 The ADP Non-Farm Employment change report released yesterday shows that companies are beginning to reduce the pace of employing, thanks to factors like the cool in corporate investment, reduction in consumer spending and a general struggle among overseas economies. The result shows employment increased by 189k last month, as fewer jobs were added, which marks the smallest gain in over a year, following the recent slowdown in demand. It fell below economists’ estimates of a 225k increase and last months results was revised to 214k. Sustained increase in hiring is required for growth in wages, which, alongside cheaper fuel, will allow households to have a stronger spending power. Attention now turns towards Non-farm payroll data from the labor department on Friday, projected to show a 247k addition in jobs for last month as ADP NFP disappoints. On the other hand, the ISM Manufacturing PMI report showed that economic activity in the manufacturing sector grew in March for the 27th consecutive month, and the overall economy grew for the 70th consecutive month, according to the Manufacturing ISM Report On Business. The March PMI came at 51.5, falling below forecast of 52.5. According to the report, of the 18 manufacturing industries, 10 reported growth in March while seven industries reported contraction. 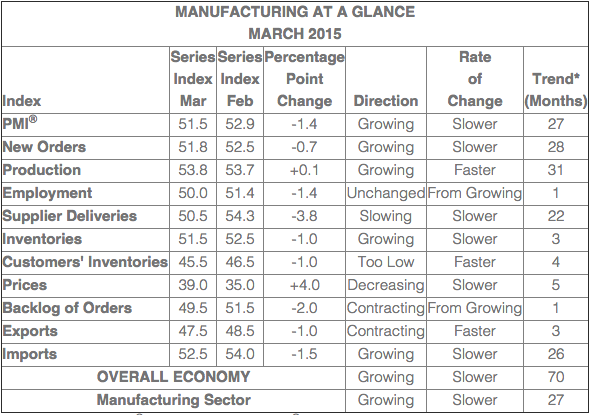 China’s Manufacturing Purchasing managers index rebounded in March, coming above the expansion benchmark of 50 at 50.1, from 49.9 in February, according to the statistics bureau and the China Federation of Logistics and Purchasing in Beijing. This signals that stimulus efforts by the government have started to boost factories in the world’s second-largest economy. Also, the  came at 49.6, up from previous of 49.2 and beating estimates of a 49.3 release.

Released earlier today is Australia’s trade balance which remained in the negative with a deficit of $1.26 billion in February, a slight increase compared to a deficit in January of $1.0 billion. The AUD has hit a three week low following the release as a weaker trade balance adds to the impact of growing expectations of a likely RBA rate cut next Tuesday, as well as iron ore prices dropping to fresh record lows overnight. 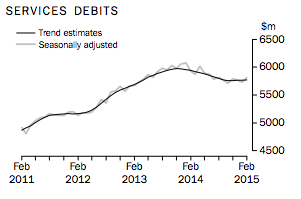 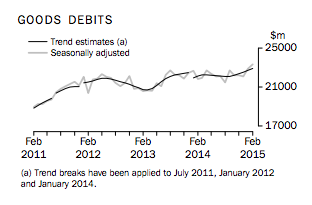 Other fundamental releases for the day include:

8:30 AM GMT- UK’s construction purchasing managers index which has been positive for the last two months and is expected to improve further from 60.1 in February, to 60.4 in March.

12:30 PM GMT- Canada’s Trade Balance will be due, estimated to show 1.8 % deficit in value between imported and exported goods during the reported month which is potentially a slight improvement from -2.5% recorded in the previous month.

12:30 PM GMT– US Trade Balance is also due, forecast to show a difference in value between imported and exported goods and services during the reported month of -41.5 while the Unemployment Claims is expected to come at 285k, which is still below 300k, therefore showing the continued strength of the labour market situation.