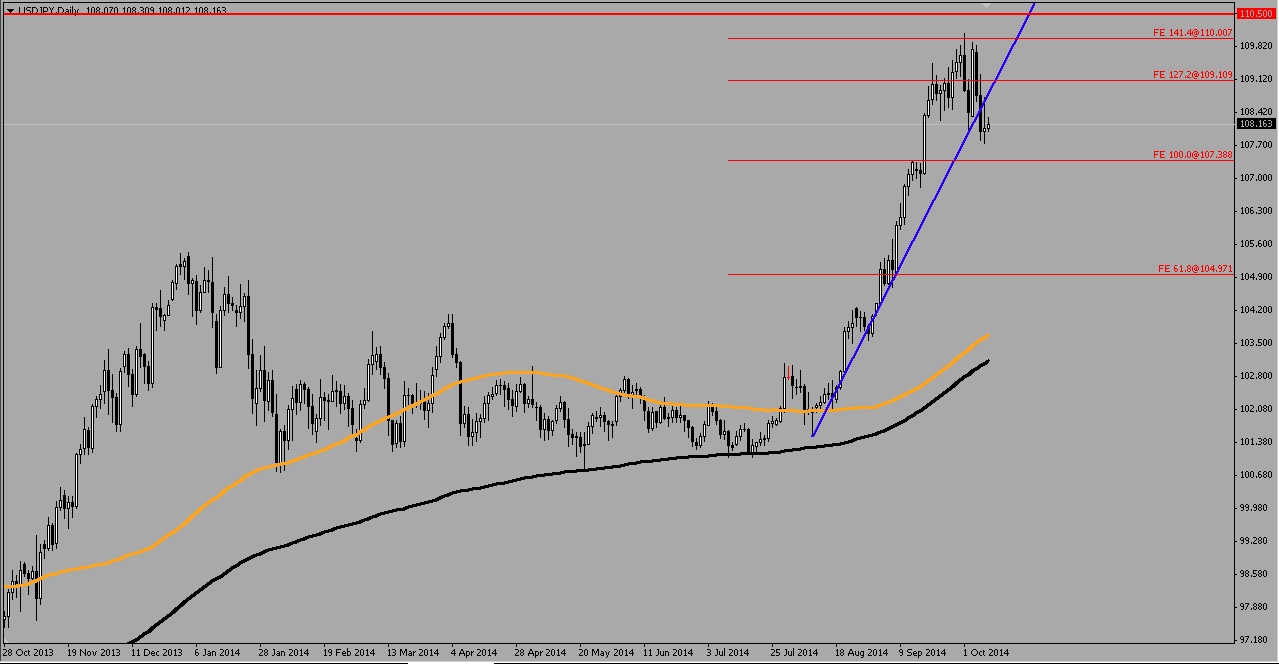 A persistent trade deficit and negative yield sees Yen not as attractive for the longer term, reason behind why USD/JPY only fell slightly after the FOMC meeting minutes release 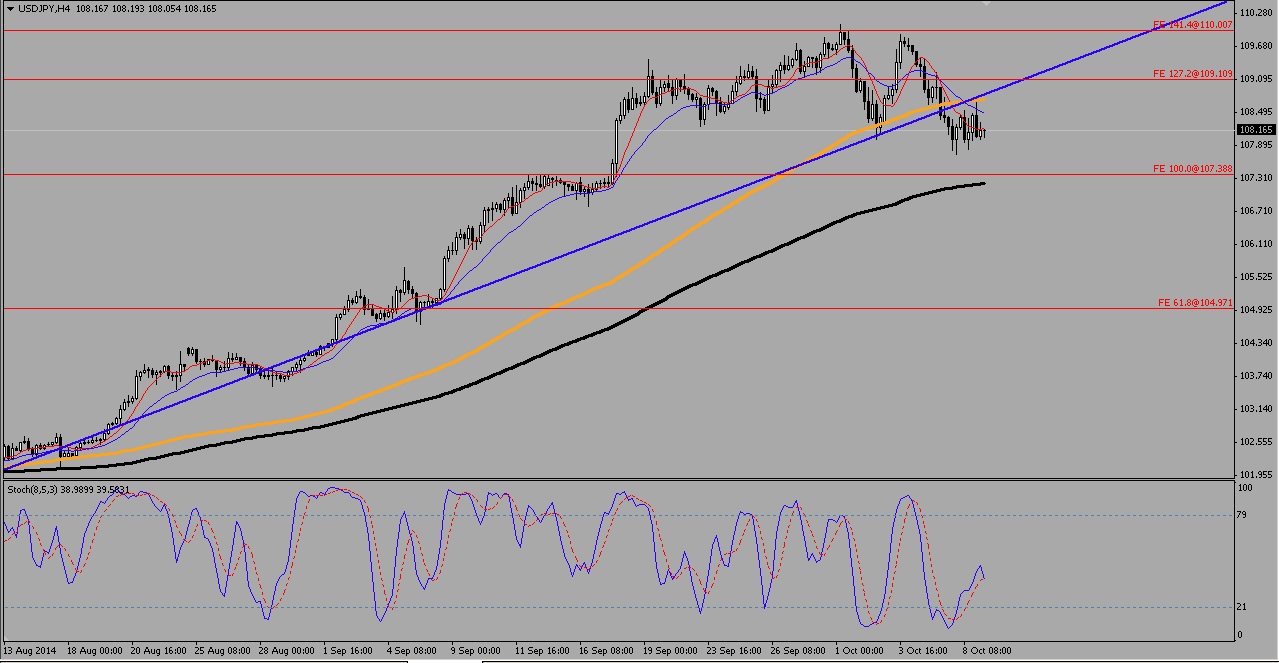 A fall below the uptrend line in blue sees the pair likely to consolidate towards support at 107.36 should any further data arise from the U.S that shifts investors to the Yen on the short term 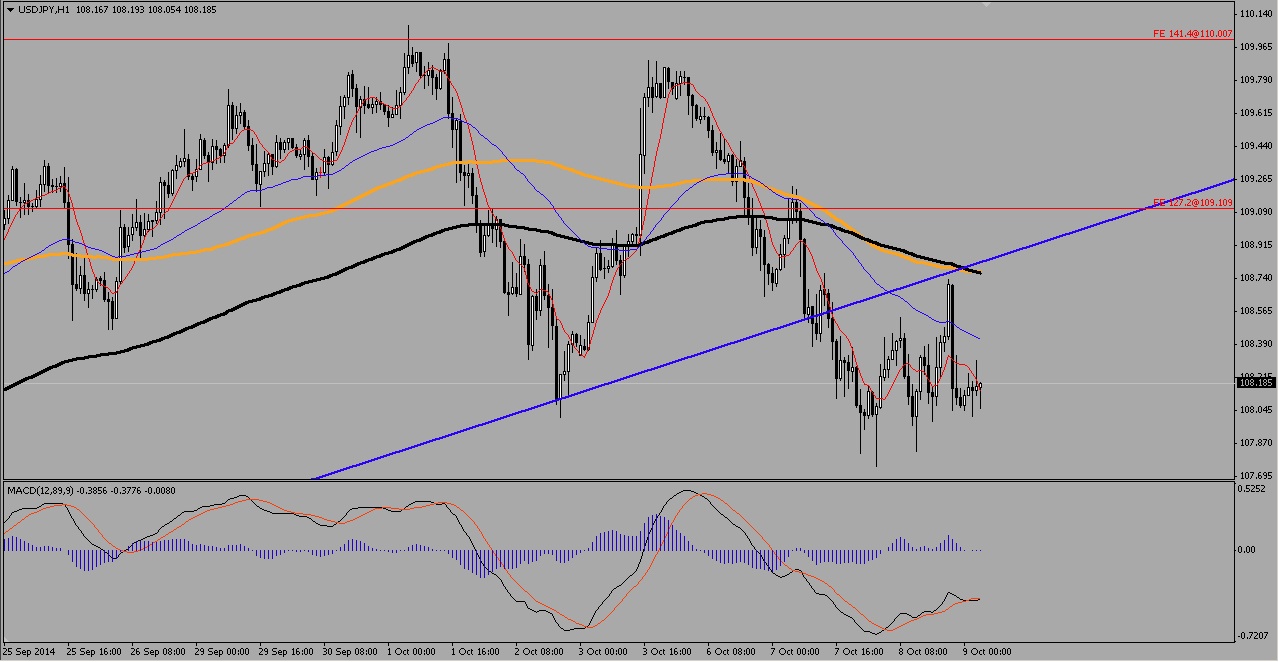 While the FOMC meeting minutes did not give rise to an earlier than expected rate increase sentiment, rather, to forecast it into mid 2015, the dollar – yen divergent remains distinct, as Japan is going through 26 months of trade deficits as the BOJ bond yields remain low, while the U.S Treasury yields looks to go up as the Fed looks to draw the curtains on its bond buying program. Any retracement to go bearish looks good to go on the short term, while position traders expect the pair to retest 110 again soon and towards 120.

Plus500
Open live account Review
Tags Bank of Japan BoJ Dollar Haruhiko Kuroda Japanese Yen Kuroda Shinzo Abe USD USDJPY analysis USDJPY forecast USDJPY outlook USDJPY technical analysis Yen
Disclaimer: The views and opinions expressed in this article are solely those of the author and do not reflect the official policy or position of AtoZ Markets.com, nor should they be attributed to AtoZMarkets.