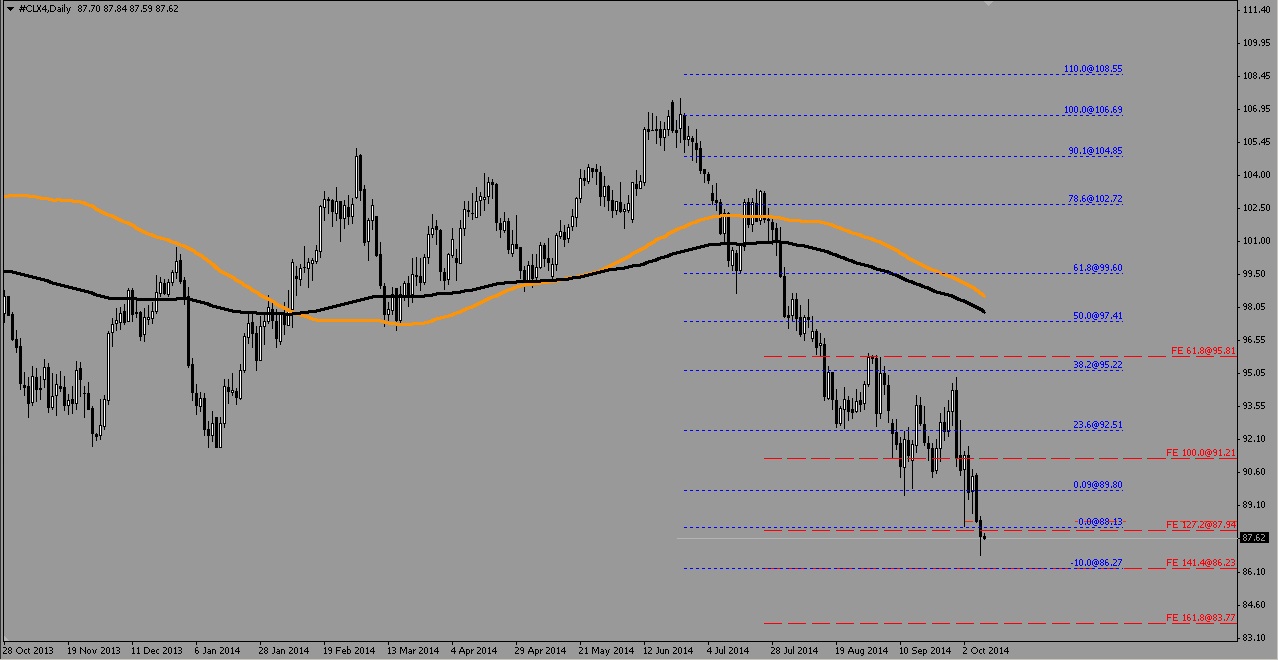 Light Crude Oil futures descends into the low of April 2013 as lack of demand is factored in as inventories rise. 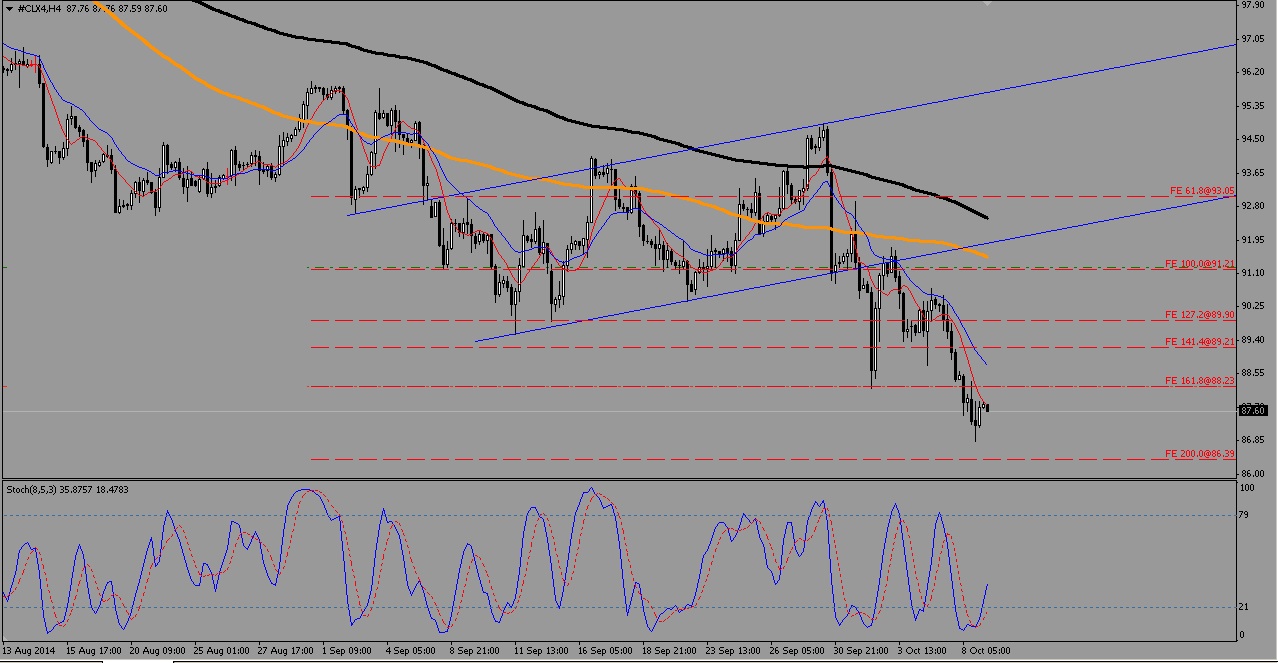 Falling south to 87, the price of CL futures looks to rebound as Stochastics look oversold 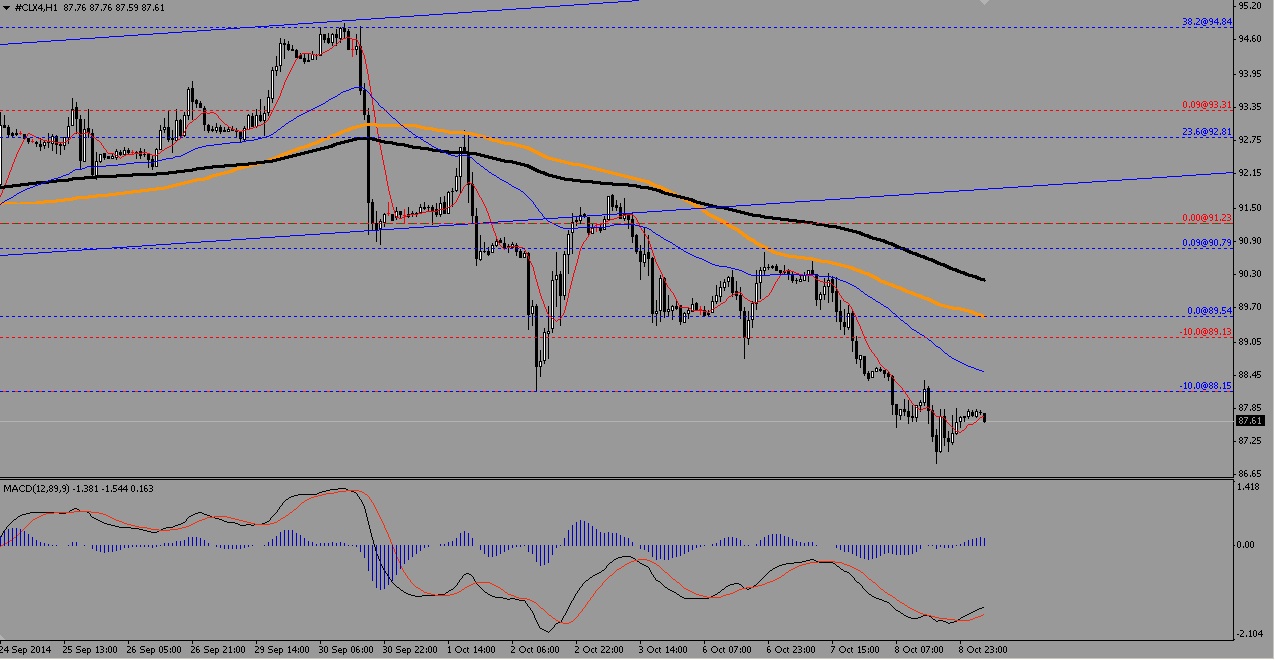 An intraday resistance at 88.15, the previous low last week, will confirm the continued slide of prices.

Crude Oil Inventories have more than doubled estimates*, as the price of WTI fell to $87.39 during the U.S session. Brent oil has also fallen to the lowest in 27 months on the back of the pessimistic global forecast by the IMF. Investment by shale-oil drillers could nosedive should brent crude drop to $80 a barrel, choosing to stop production due to the lack of economic incentives. The Organization of Petroleum Exporting Countries (OPEC) boosted production in September to the highest in a year.

*U.S. crude oil inventories, measuring the change in the number of barrels of crude oil held in inventory by commercial firms during the past week, expanded by 5 million barrels