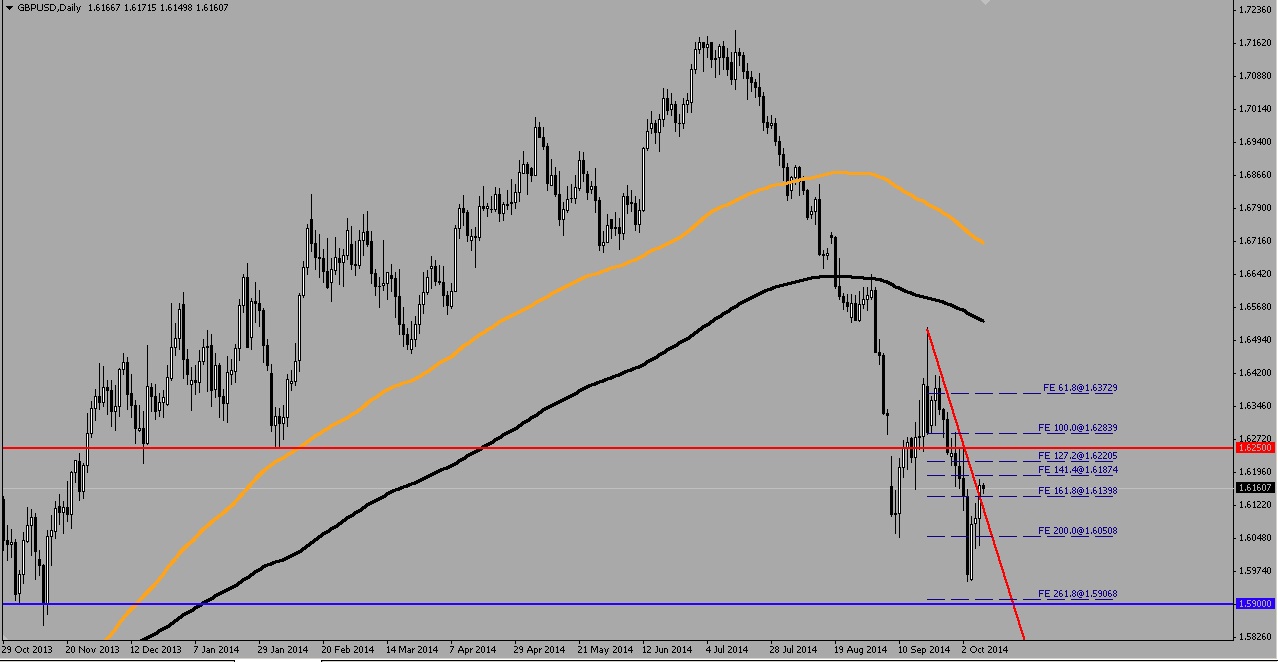 Pound rallies to near 1.618 against the dollar during yesterday’s trading 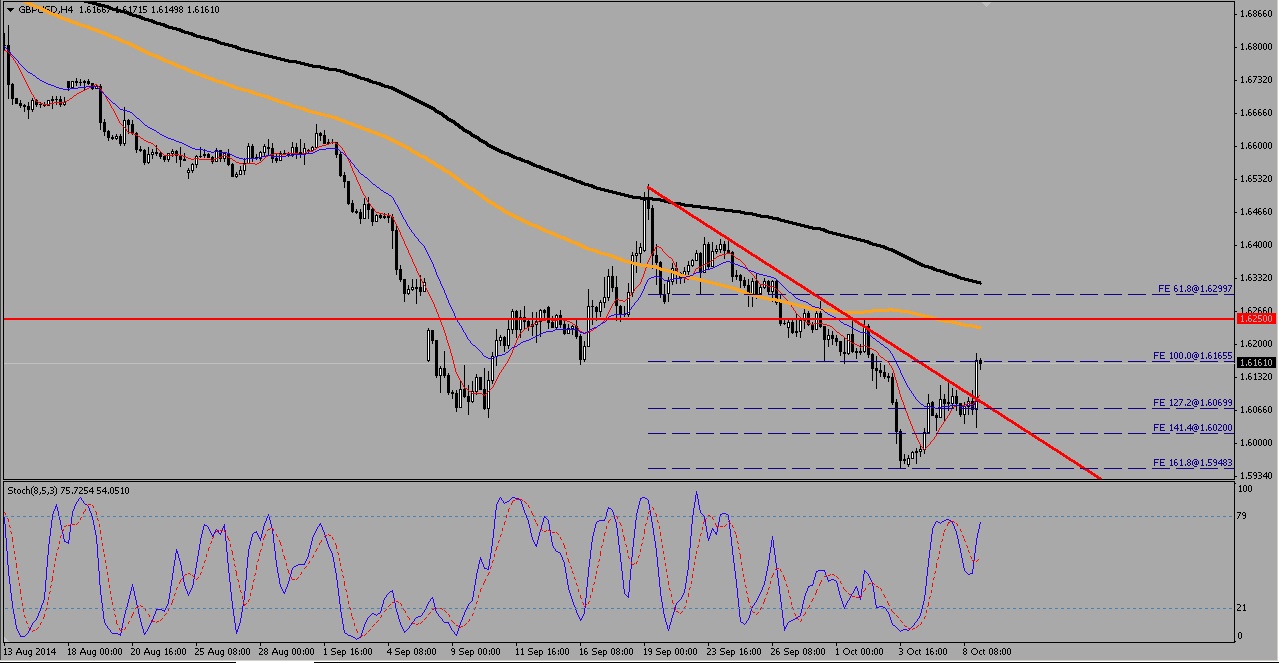 Downtrend lower highs trend broken as the GBP/USD returns to 1.616, the previous support seen on 16 Sept 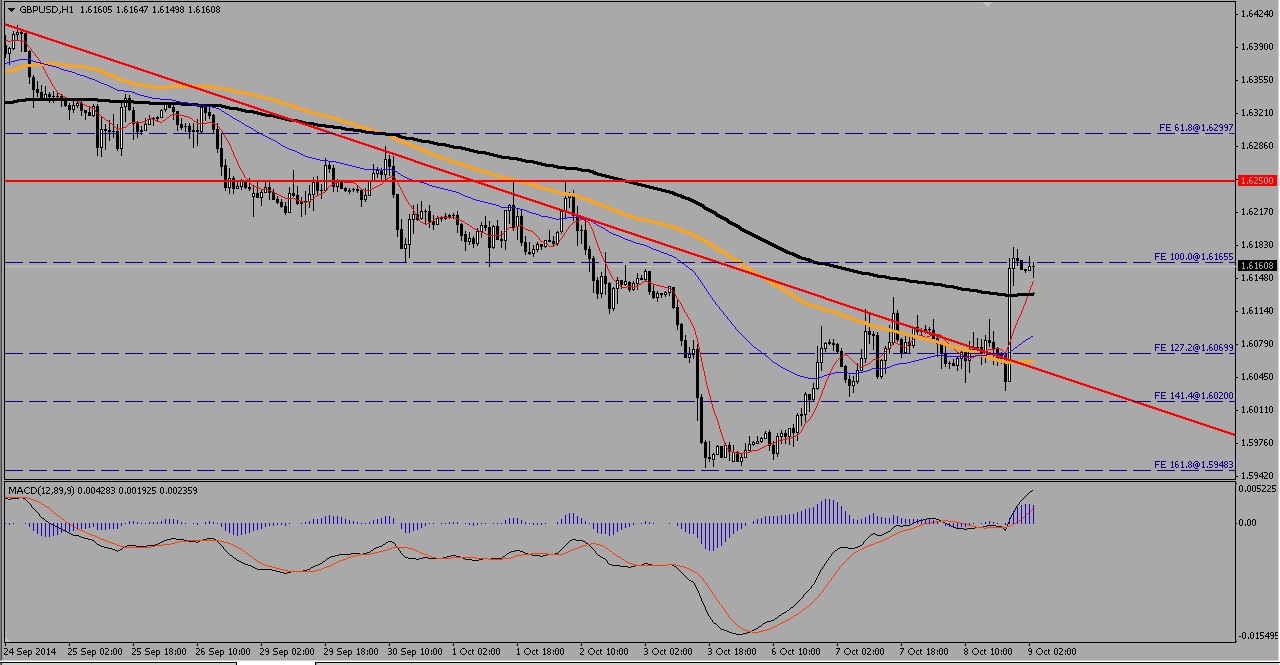 The 200 hourly average has been breached after the release of the FOMC Meeting Minutes.

The dollar fell against most of its major counterparts due to the delay in the timeline for the interest rates increase, as mentioned in the FOMC meeting minutes released. Cable rebound above the 200 hourly average which was last seen the week before Scotland voted for their independence referendum en route to 1.65. The pair is expected to see minor resistance at 1.616 but certainly looks bullish on the intraday, bearing in mind the H4 picture looks slightly dovish and may be in for a slight retracement. No doubt, the market will also be watching the MPC for signs of an earlier than expected interest rate increase in the U.K, but a non-confirmation will also likely see GBP/USD gain slightly today before the U.S weekly unemployment benefit claim numbers.

Plus500
Open live account Review
Tags Bank of England BOE Dollar GBP GBPUSD GBPUSD analysis GBPUSD forecast GBPUSD outlook GBPUSD Technical Analysis Mark Carney Pound sterling Sterling Pound USD
Disclaimer: The views and opinions expressed in this article are solely those of the author and do not reflect the official policy or position of AtoZ Markets.com, nor should they be attributed to AtoZMarkets.