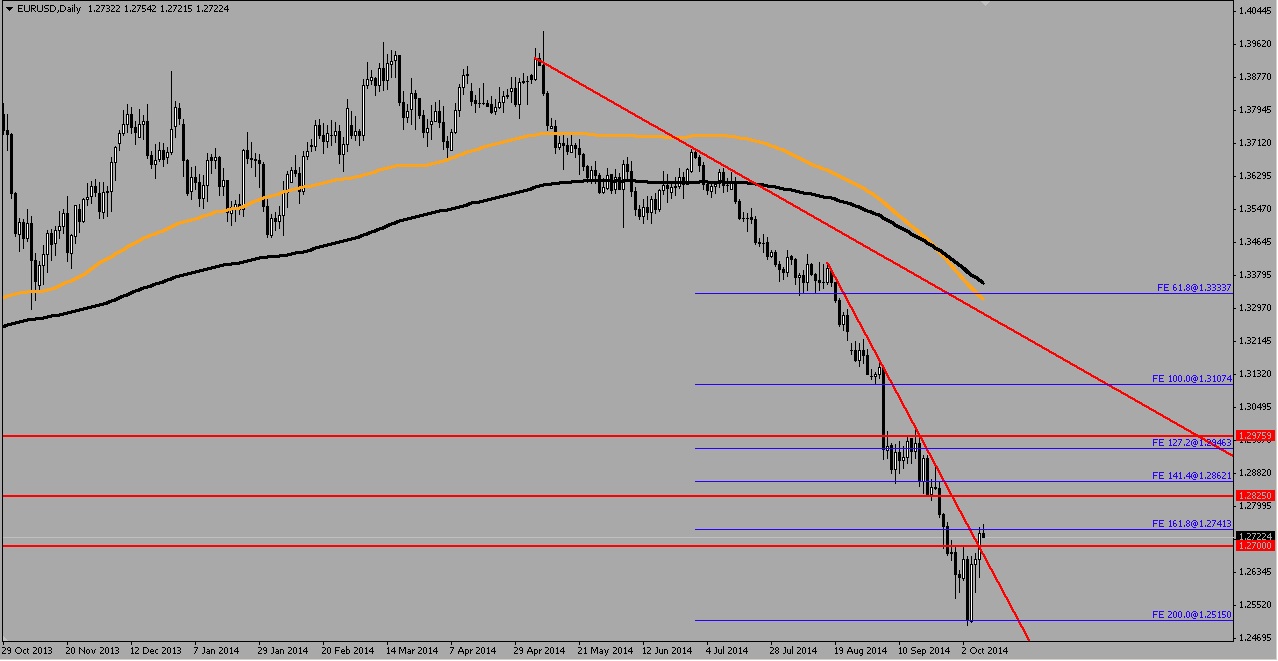 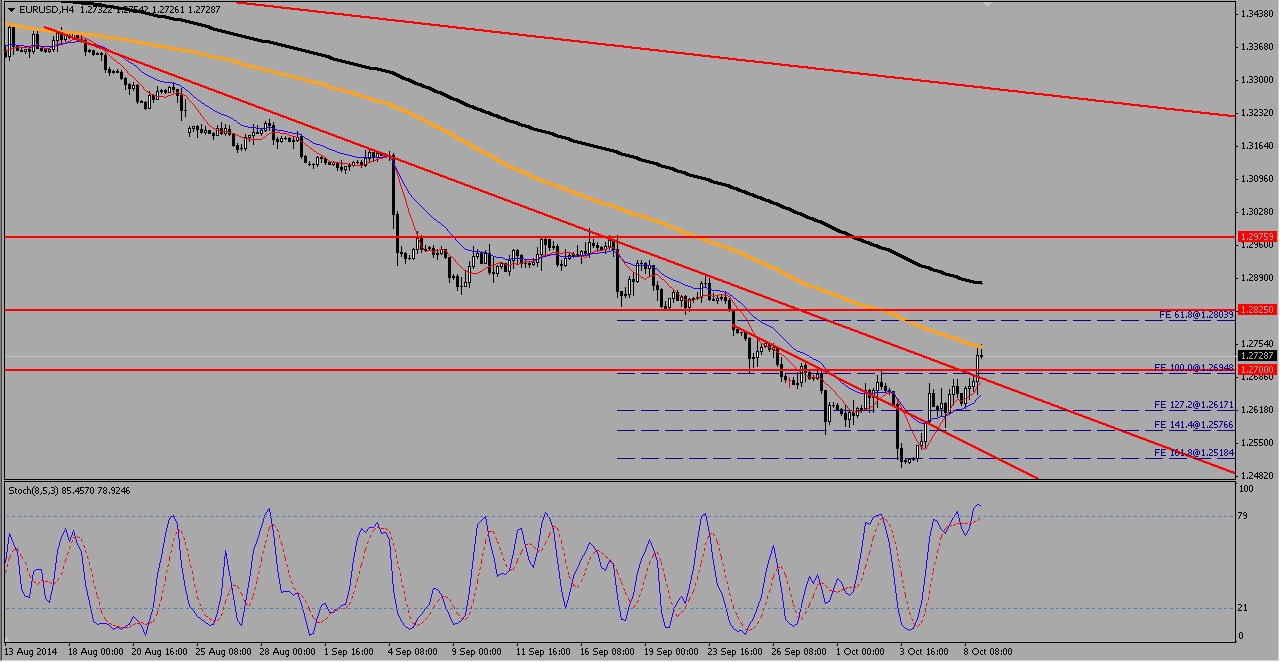 Having attained the exhaustion at 1.25 and 1.261 as per the downtrend Fibonacci extension level, market support saw EUR/USD breaking the downtrend line in red 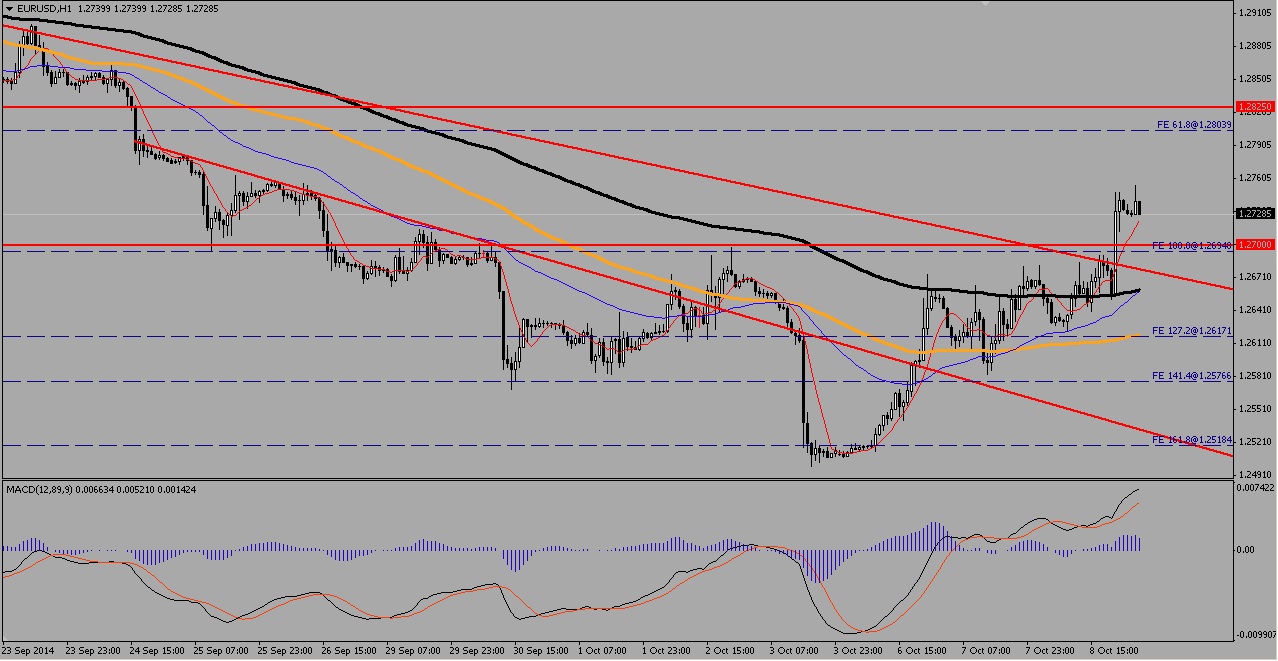 Technical resistance sees the price exhaust at 1.274 and likely to consolidate below 1.282 intraday.

French and German trade balance figures today will likely impact the minor recovery of the Euro against the U.S dollar, with the former expected to perform not as well as the previous month while the German trade balance set to gain at a slower pace than last month as well. The bullish reversal this week has seen Euro rise from 1.25 to 1.27 as the FOMC meeting minutes announced during the U.S session saw interest rates remaining low in the short term and looking only to be raised in mid 2015. This is coupled with the IMF’s view on a downcast global growth forecast which the Fed factored in in order not to jeopardise the economic recovery it has worked so hard to maintain.