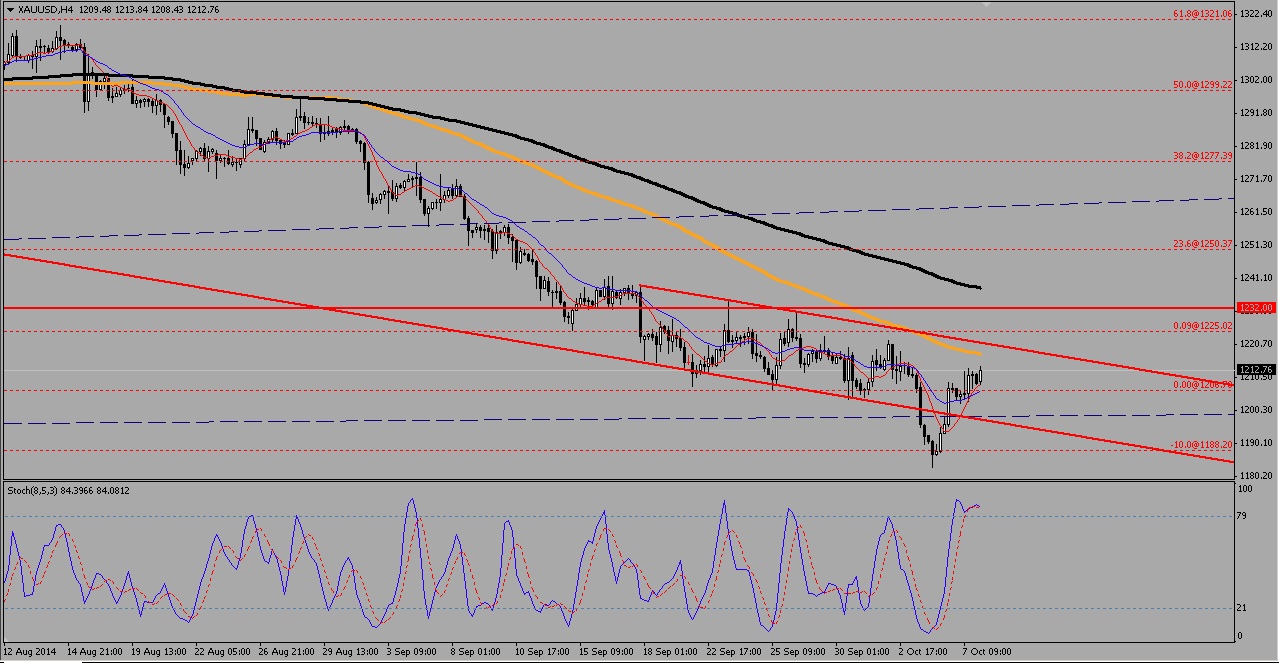 Further retest of support at 1207 and/or resistance at 1215-1220 (at the downtrend channel upper restraint) we are likely to see Gold price consolidate ahead of the day’s trading as no major data are scheduled for today, barring the release of the meeting minutes for the FOMC for their Sept 16-17 meeting. 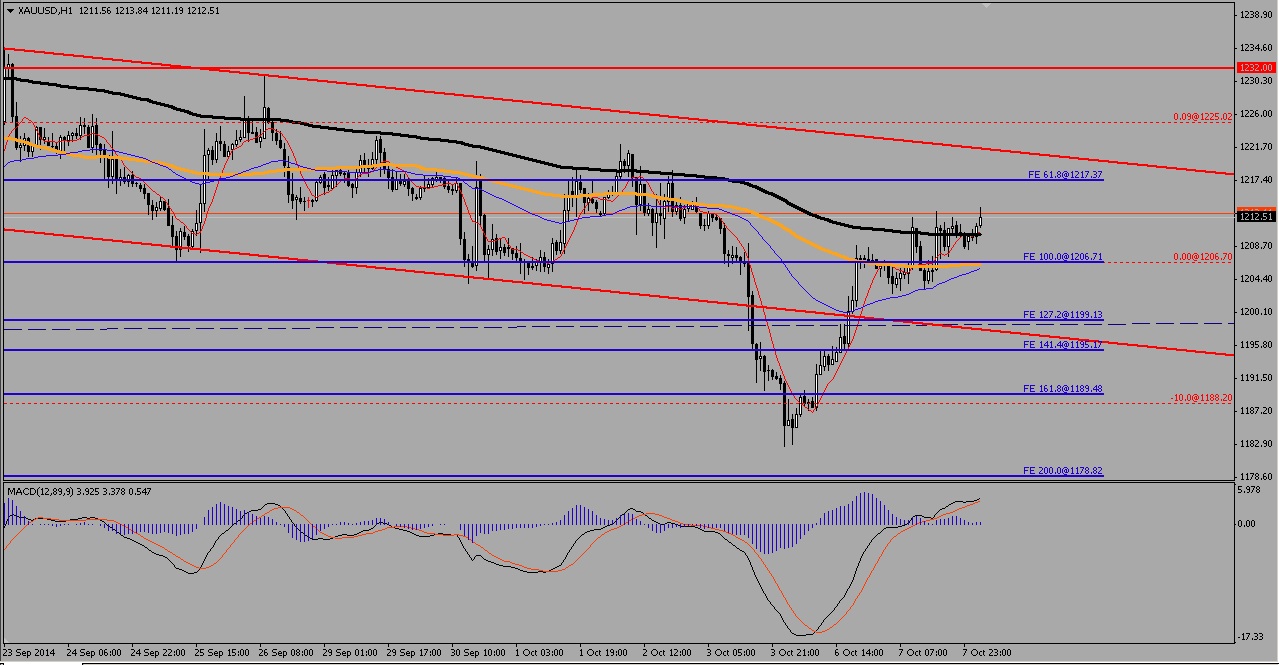 The H4 charts show overbought signals while the H1 charts shows a likely exhaustion of the bullish trend with possible retracements.

Gold looks set to recover losses even as the market factors in the likelihood of rate increases in the U.S, with the uncertainty not in favour for some traders as they flock to Yen and Gold alternatives.