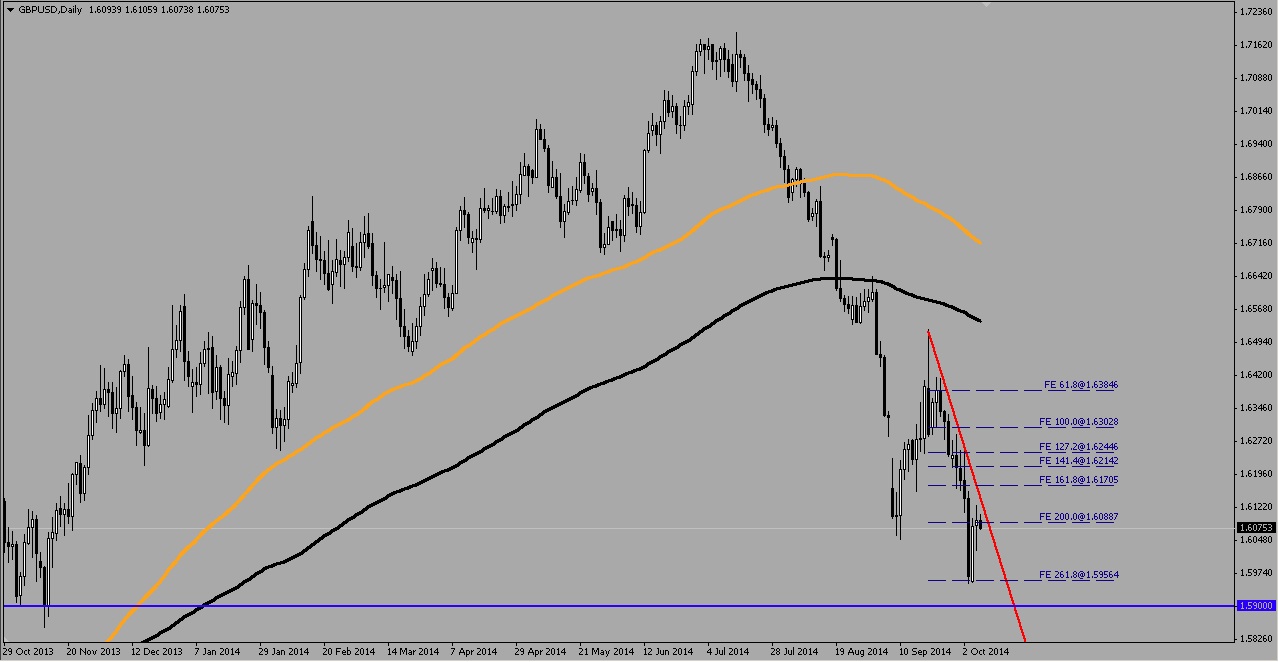 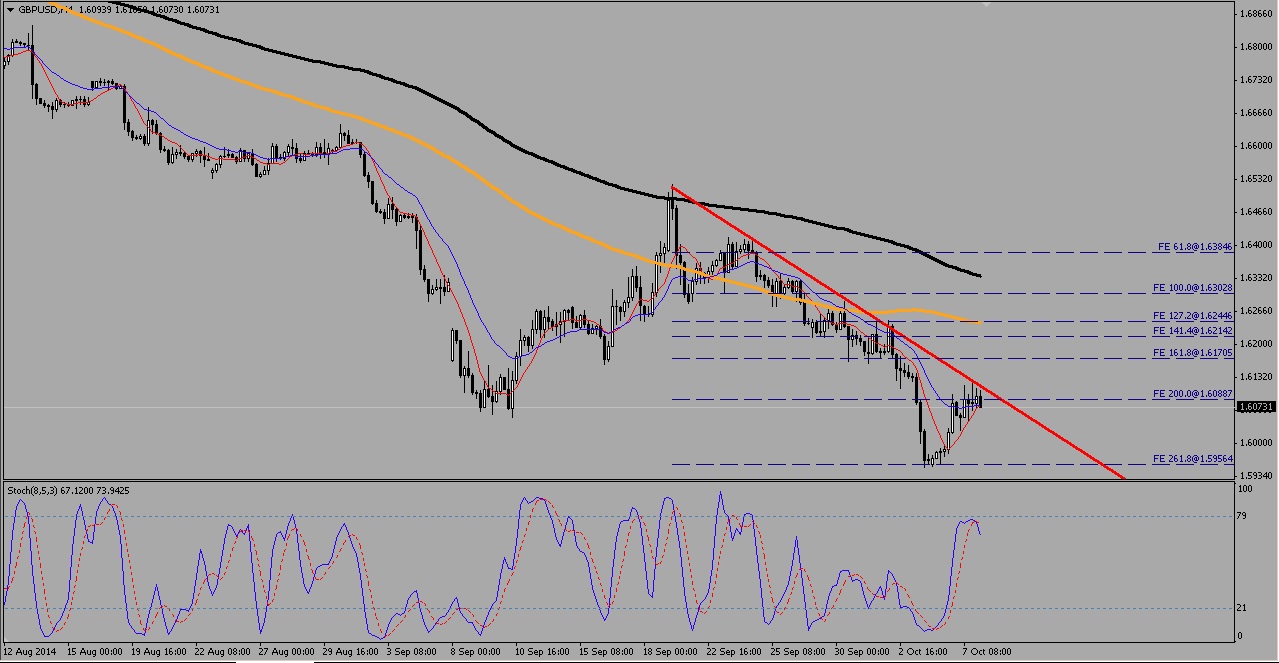 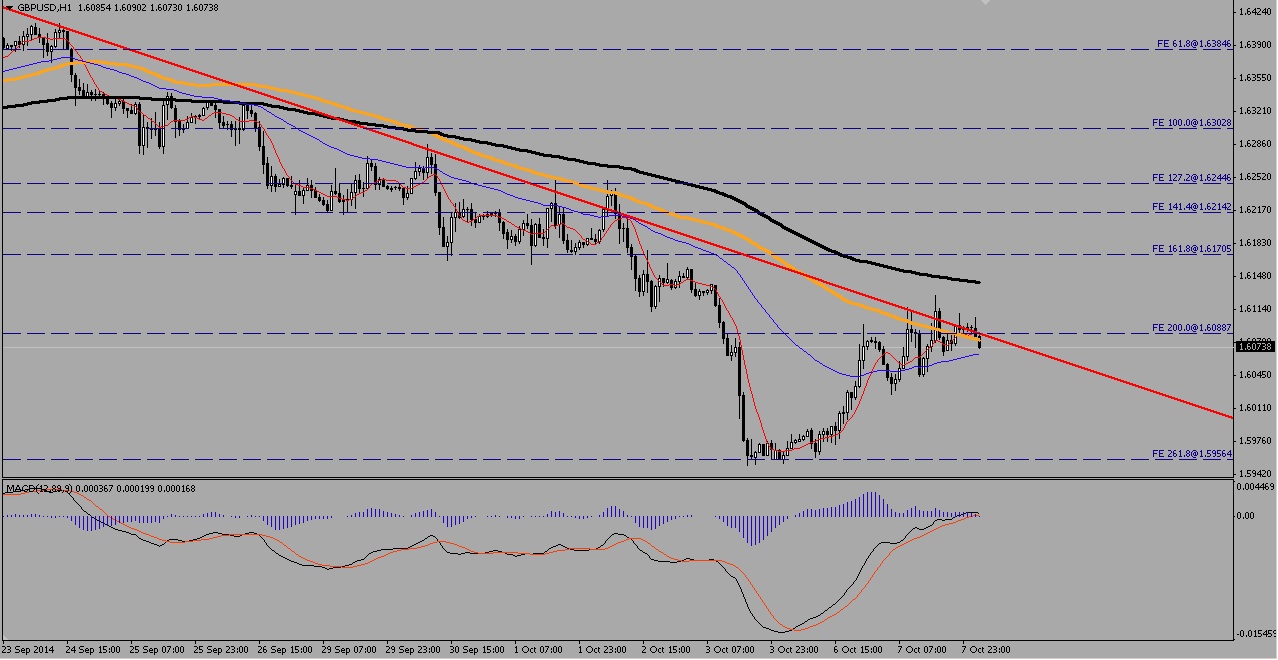 The Traditional MACD looks likely to lose steam as it tries to close higher into bullish territory as the candles on the H1 charts look to consolidate around the 104 moving average in orange.

Manufacturing Production in the U.K increased 0.1% month on month, while Industrial Production was unchanged, as GBP/USD resisted momentarily at 1.608 during yesterday’s U.K session. The BOE is expected to raise interest rates and the earlier it raises against Fed, the rate of Cable may reach 1.7 yet again. The Pound is also estimated to raise 4% against the Euro by 2015 by ING bank.

Record low interest rates and demand from foreign buyers saw prices of housing accelerate at a pace not seen since 1987, but recently erosion has set in due to limiting the number of high loan-to-income mortgages.