Get VIP Trading Signals Market Watch
Trade Now Your capital is at risk.
USDJPY looks likely to rally in the coming weeks after completing a wave pattern downside. This setup can give more than 500 Pips for buyers. What pattern has completed to call for this?. The following looks at this bullish setup based on 8 June USD JPY Elliott wave analysis.

08 June, AtoZForex - In the last update, we called for the bearish move to continue and also speculated a rally upside once the move is completed. We stated the reversal level to watch out for. These are the kind of information we have at our disposal when we use Elliott wave with Fib-ratio analysis. We can spot where price will change its direction and how far a trend or correction will most likely last. If price rallies from the present level on USDJPY, we would have three consecutive perfect forecast. Impressive, isn't it. Let's review the last update. 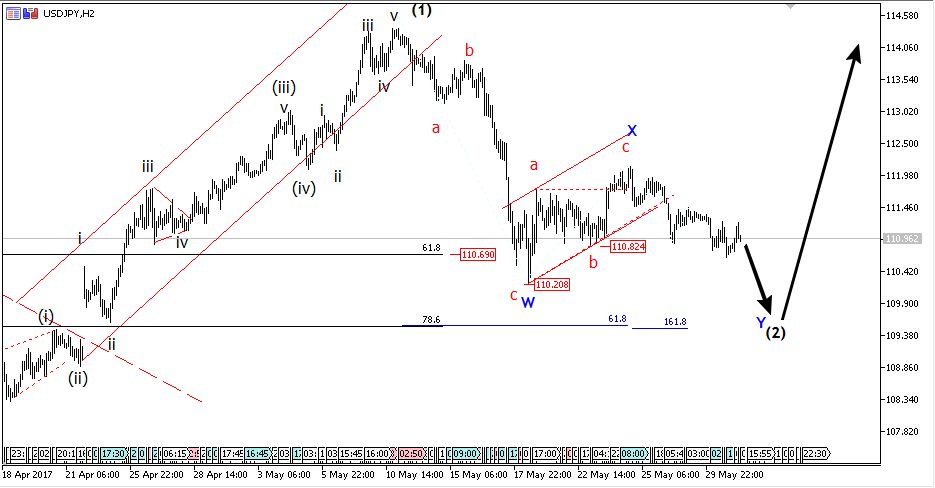 If price will complete a double zigzag, a break below 110.20 will be seen. 109.38 and its neighborhood has been marked as price reversal zone. The first recognized simple zigzag is not violated yet inasmuch as price remains above 110.20. A break above 112.15 could send price higher earlier. The next rally has a potential of 850 Pips or more.

This happened after we forecast a fall in the previous update. What happened next?. Price did as expected and got to the exact region of reversal. Just as important as the level of reversal is the corrective pattern that completed. If no Elliott wave pattern is completed at this level, it's not important and we can ignore. These levels are calculated using mathematical ratios that exist among wave patterns on a price chart. 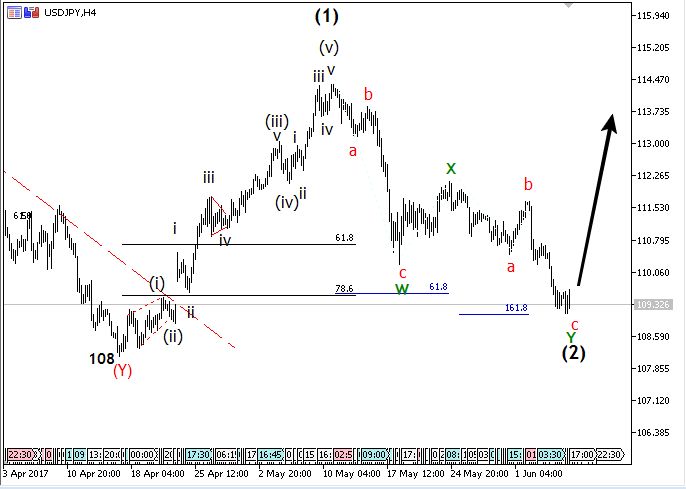 The pattern above is a clear double zigzag pattern. The entry pattern is shown below. 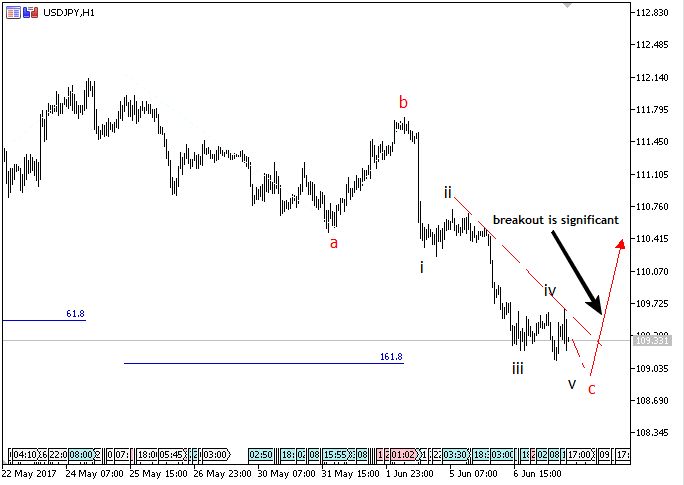 There is a breakout already as shown in the chart below. 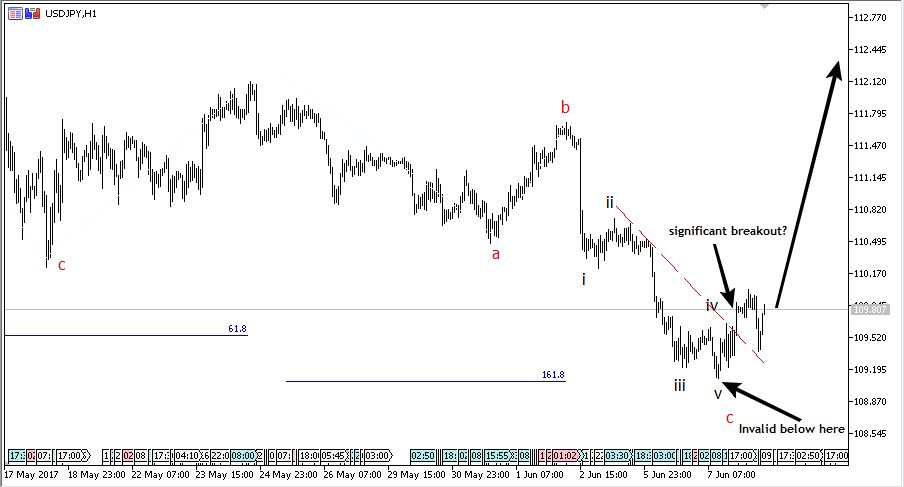 This looks like a good bullish setup and price is expected to rally for 500 Pips or more. This setup is invalid if price breaks below 109.