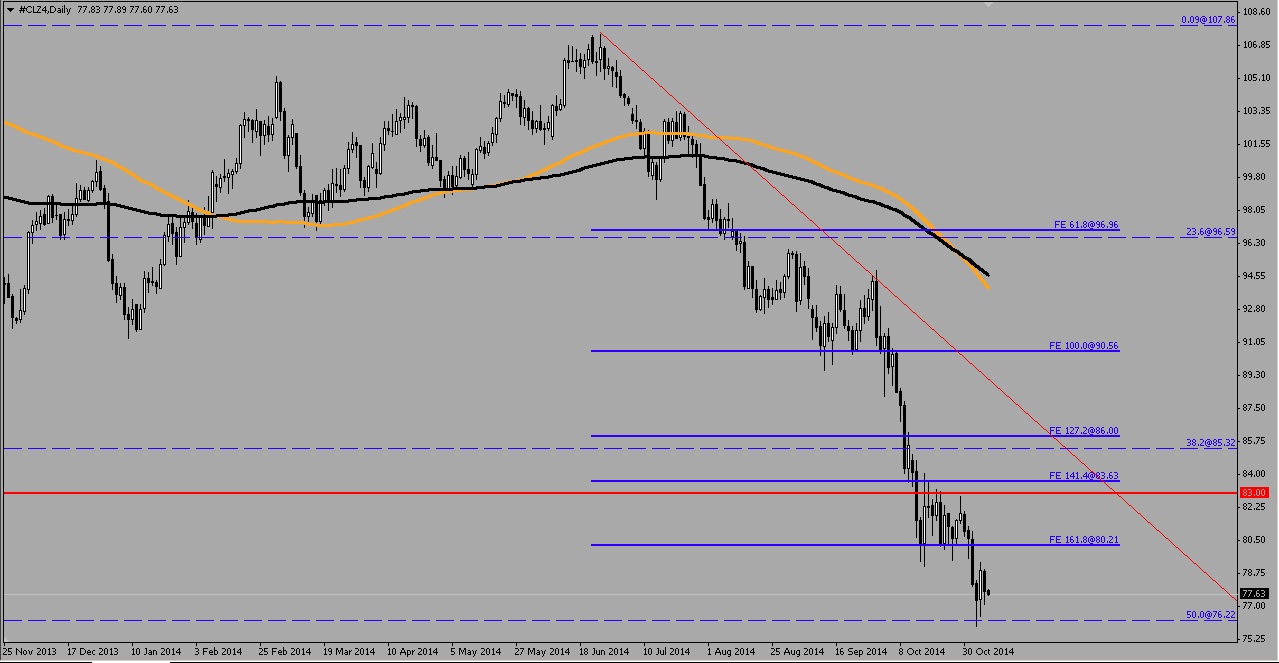 Light Crude Oil falls from $79 yesterday after inventories surplus were less than expected but production has not stalled. 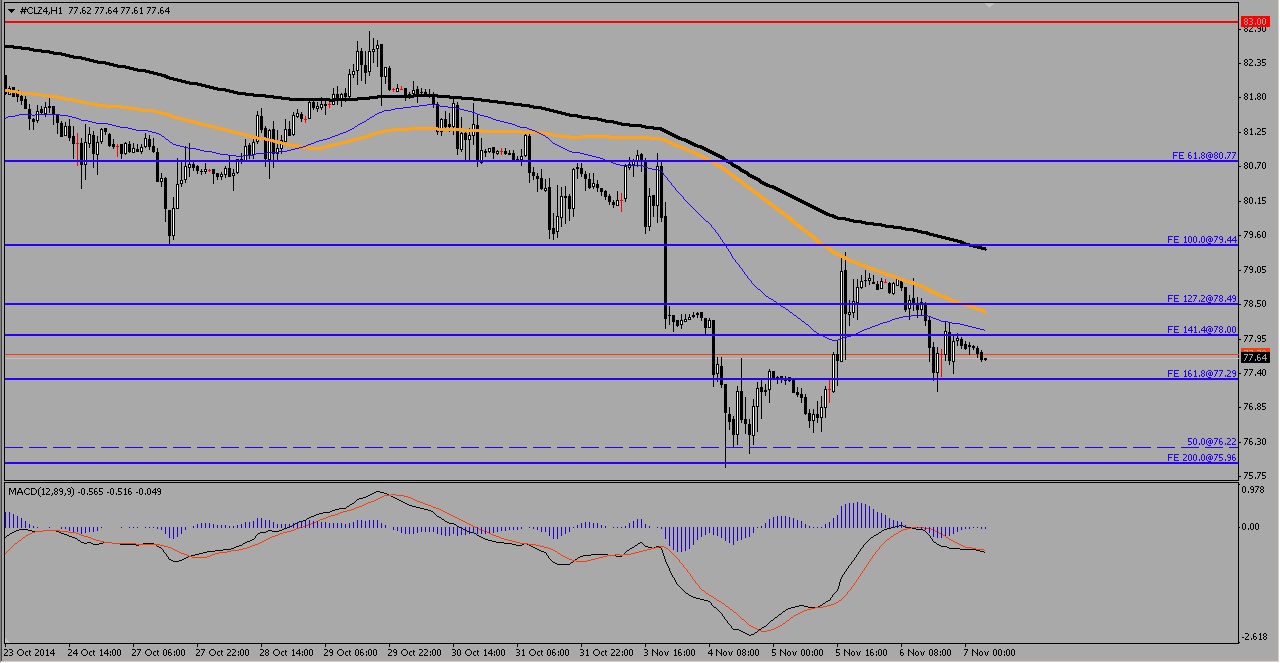 An uptrend line can be seen as suport at 77.29 is likely to retest, but with 78 as resistance the direction looks bearish, especially when the Traditional MACD has stopped its advances towards the bullish region above 0

West Texas Intermediate crude falls after OPEC cut forecasts for the amount of oil it needs to supply while the dollar strengthened after the positive change in unemployment claims figures. A stronger dollar and low demand works hand in hand to keep prices low. Stockpiles in the U.S., the world’s biggest oil consumer, increased by 460,000 barrels to 380.2 million in the week ended Oct. 31, according to Energy Information Administration estimates.