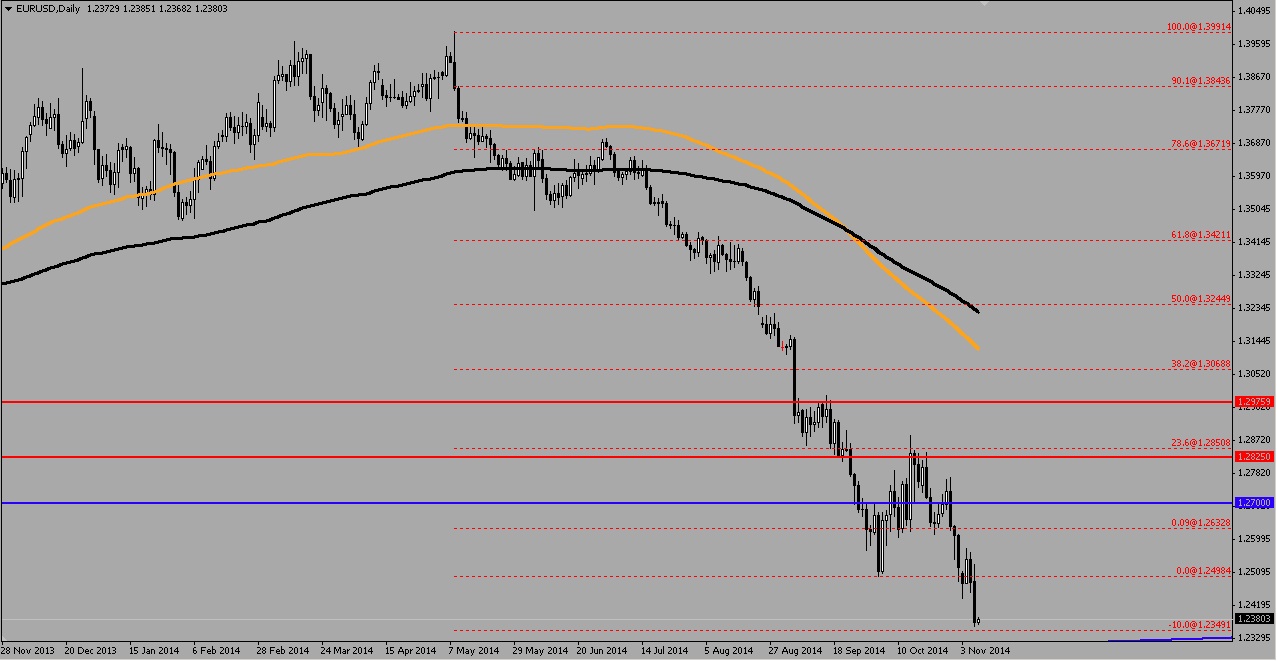 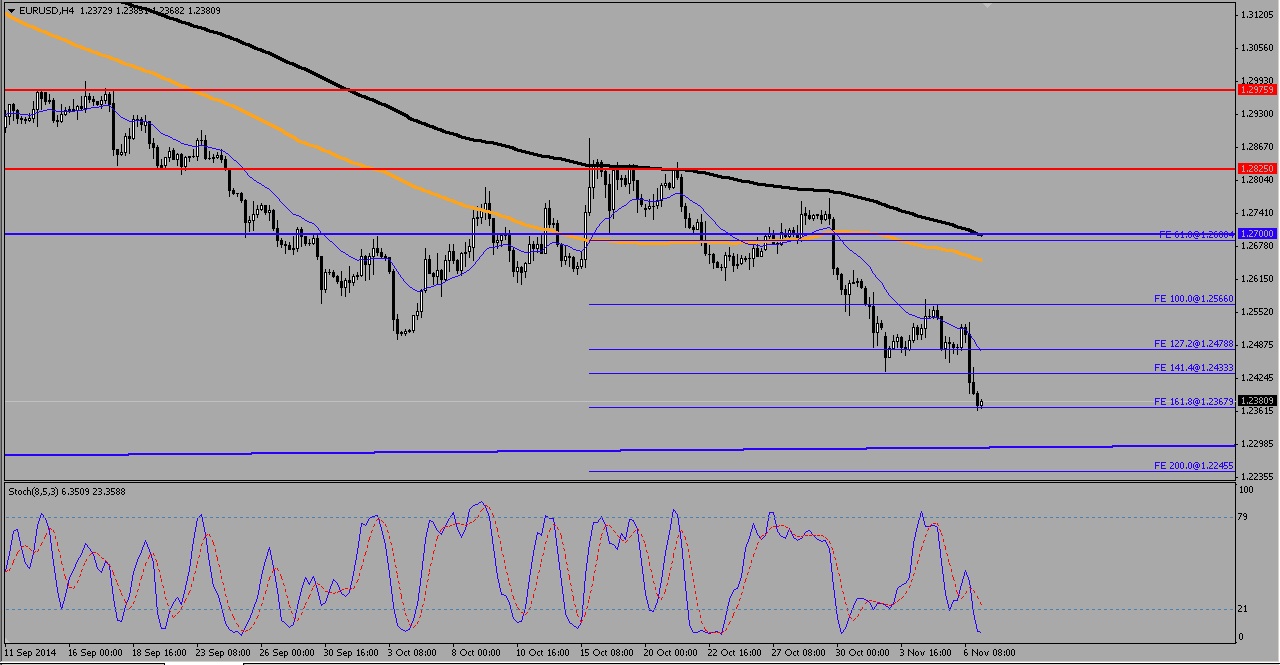 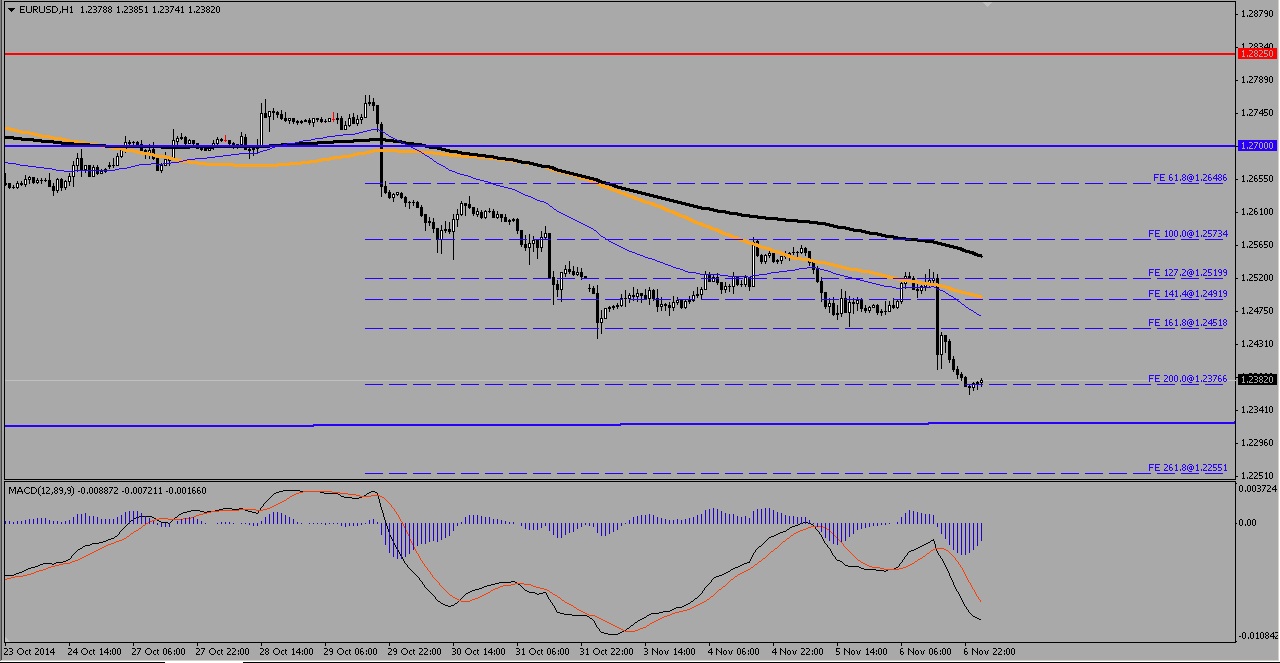 An intraday resistance at 1.245 is likely to push the Euro further down today as the market awaits the German and French trade balance announcements, as well as the industrial production change month on month

Without affirming the “unanimity” of the ECB’s board, President Mario Draghi announced a steadfast approach towards preparations for more expansive action and a 1 trillion euro target for boosting the central bank’s balance sheet, which suggests momentum is shifting toward a proposal for broader bond-buying. Having already cut interest rates, Draghi is looking to revive inflation by adding more monetary easing to boost an economy that risks sliding into its third recession in six years. Growth forecasts for the euro area is expected to be cut, as the EUR/USD falls to a 2 year low.

Estimates for the German and French trade balance are expected to improve month on month (to be announced later during the European session) as the industrial production data will also be announced as the main mover for the Euro, before the U.S Non Farm Payrolls which economists expect 235,000 new jobs created, 13,000 less than the previous month’s figures.