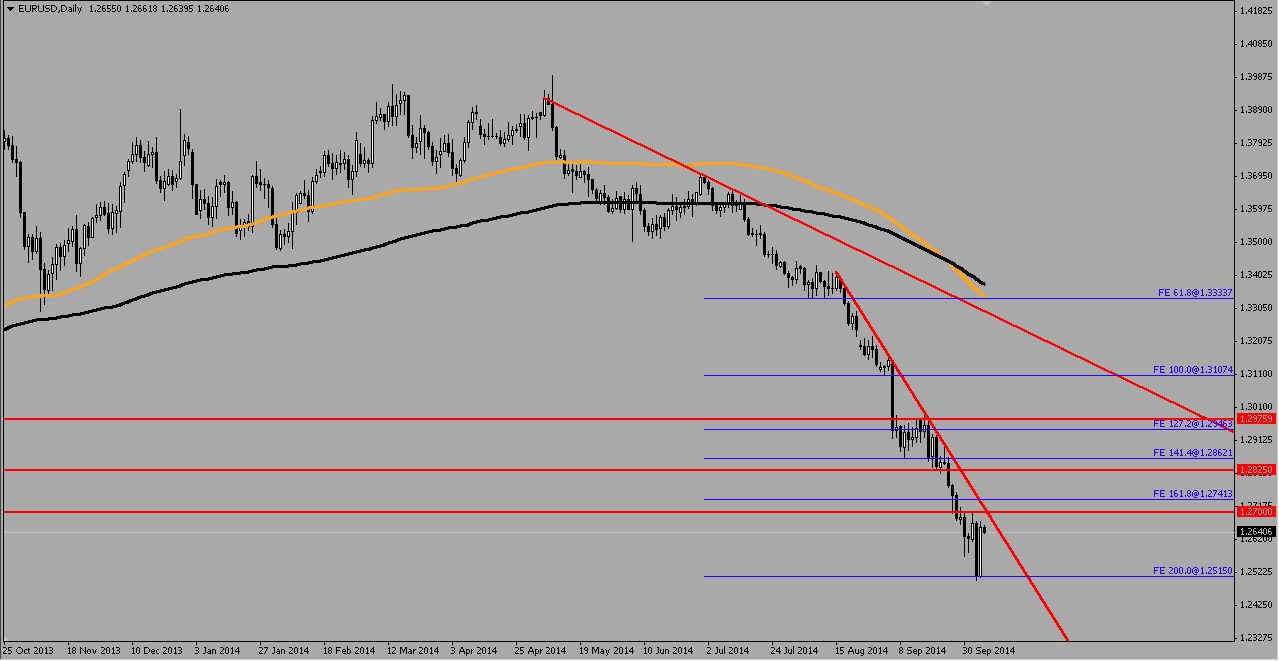 The Euro rebound against the dollar as it fails to trade below 1.25, reversing at the end of the technical analysis in blue 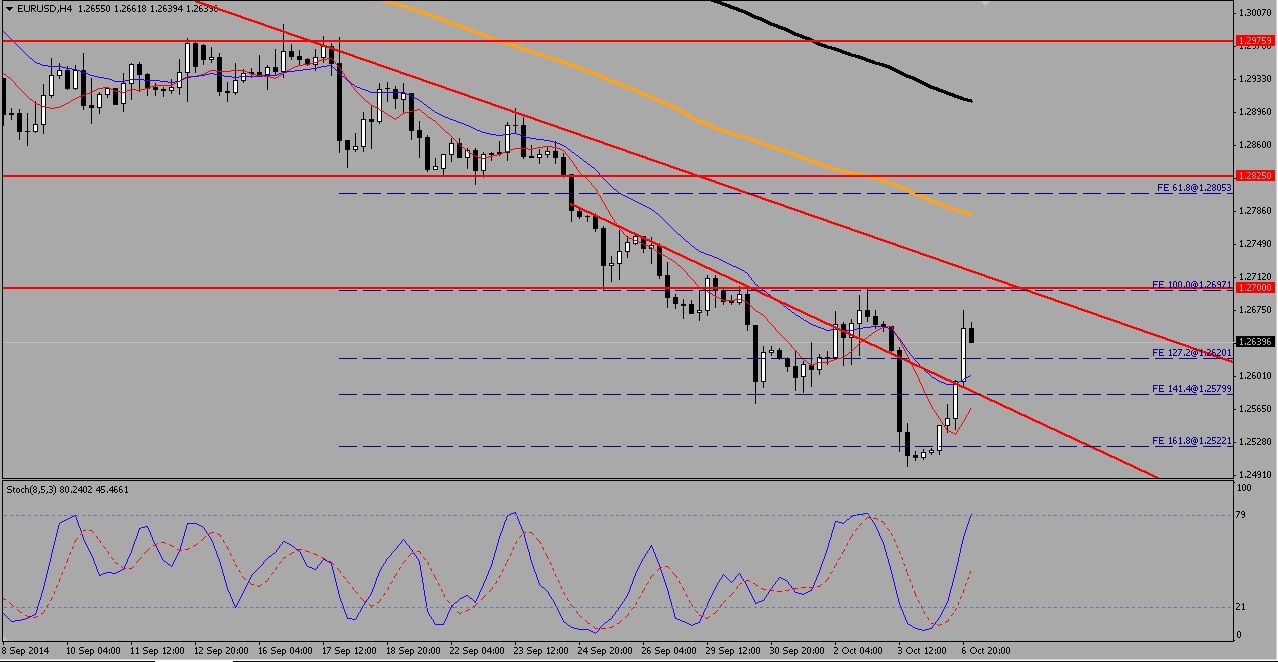 Resistance on the 4 hour charts are at 1.27 as the bullish rebound from the downtrend Fibonacci Extension has seen it break above the previous technical supports in blue 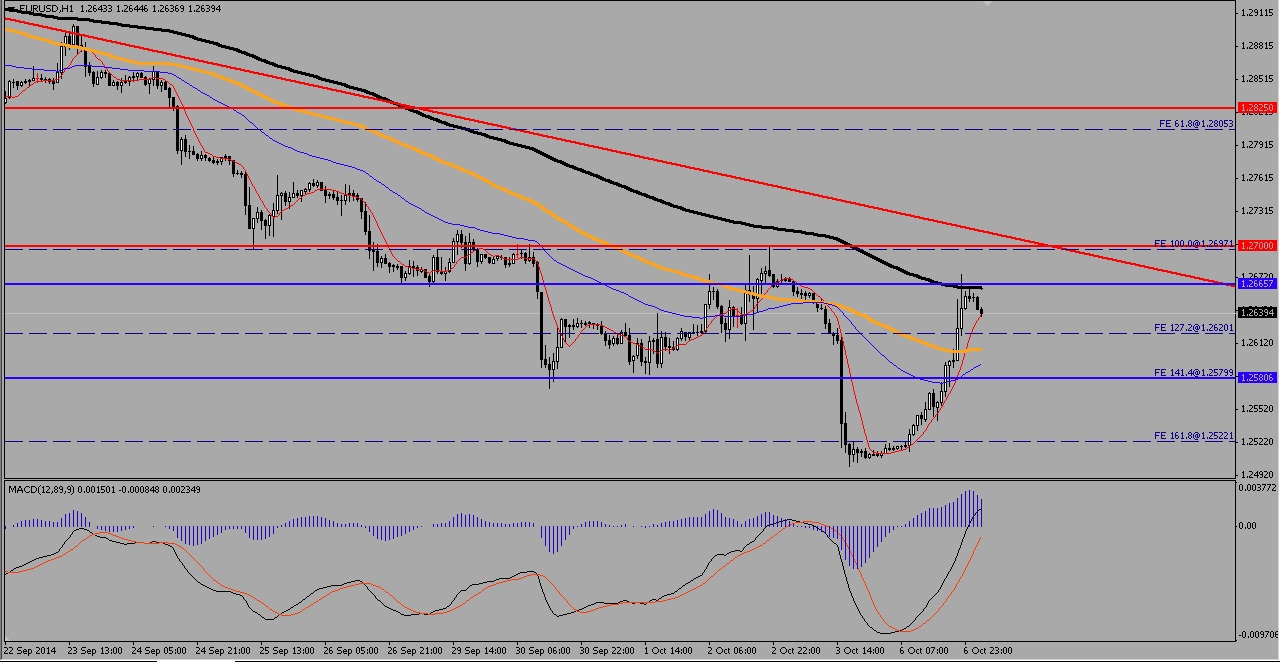 The range of trading today is likely to fall between 1.2665, breaking higher would see the pair test 1.27. Falling below 1.258, we can see 1.2515 and 1.25 support retested. A support and reversal at 1.258 can give rise to more buyers’ entries as the inversed head and shoulders formation will be completed.

EUR/USD ended 10 days of bearish movement to rise above 1.26, attaining exhaustion at 1.266 last seen last Friday at the beginning of the day before the U.S Non Farm Payrolls were announced. The 200 hourly average has seen the pair gingerly attained market equilibrium at the end of the trading day yesterday, and is expected to meet with supports at 1.262 and 1.258, failing to hold at these regions may see the pair retest 1.2515 and 1.25 before continuing its initial path. Should 1.258 hold as support, the pair is likely to form an inversed head and shoulder and technical traders would be quick to join in for the oversold Euro to long towards targets of 1.27 – 1.28 before coming to a break at 1.288 last seen on 23rd Sept.