Ripple has been more bearish than other major coins with one of the slowest recovery. Will price hit our bearish target at $0.5 before surging higher? The following 7-10 February Ripple price prediction looks at XRPUSD price forecast for the coming days.

07 February, AtoZForex - In December 2017, Ripple broke out of a $0.2-$0.4 range. Price peaked above $3 afterward. Since the bears rocked the Crypto market, Ripple is now trading close to this zone. Will $0.2-$0.4 be a technical zone where a reversal upside will be seen. Our initial bearish target was at $0.5 but we adjusted that a little bit in the last update.

XRPUSD now trades around 75 cents after a dip to 55 cents. The recovery seen in XRP is similar to what is seen in other major coins since yesterday -- 40-55% bullish recovery from the last low (so far). In the last update, we expected price to drop to the $0.2 - $0.4 support range level before a significant bullish push. The chart blow was used in the last update. 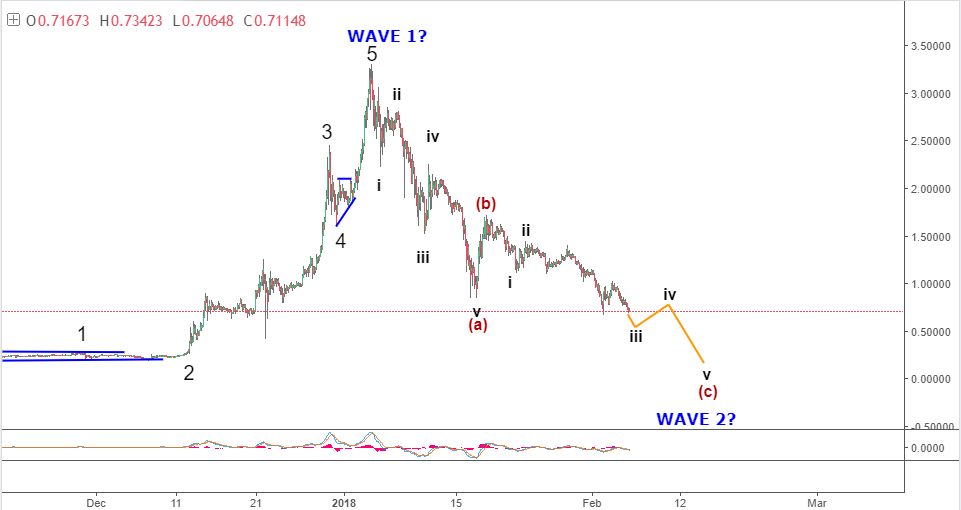 A zigzag wave 2 pattern was expected. Wave (c) of 2 was expected to complete an impulse wave after almost completing wave iii of (c). Is the recent recovery to 75 cents wave iv of (c) as shown in the new forecast below. 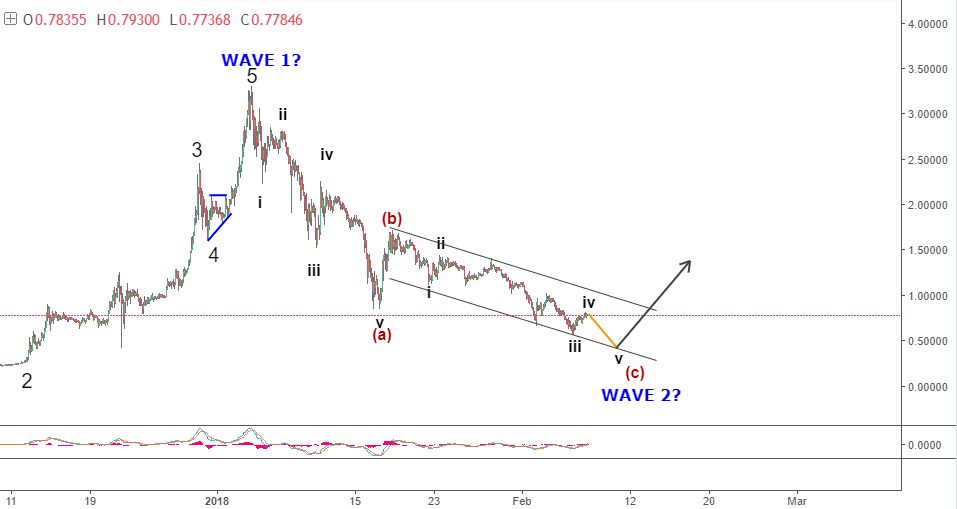 Wave (c) above is still enclosed in a bearish channel range. The current recovery is likely wave iv of (c). This means that one more last dip is expected to 50 cents and a breakout could follow upside. While $0.2-$0.4 range could still act as support, price might just return at $0.5 unless the channel is broken downside. If there is an upside breakout, the rally could continue to $1.5 and a proper bullish resumption if broken above $2. Stay tuned for the next update.