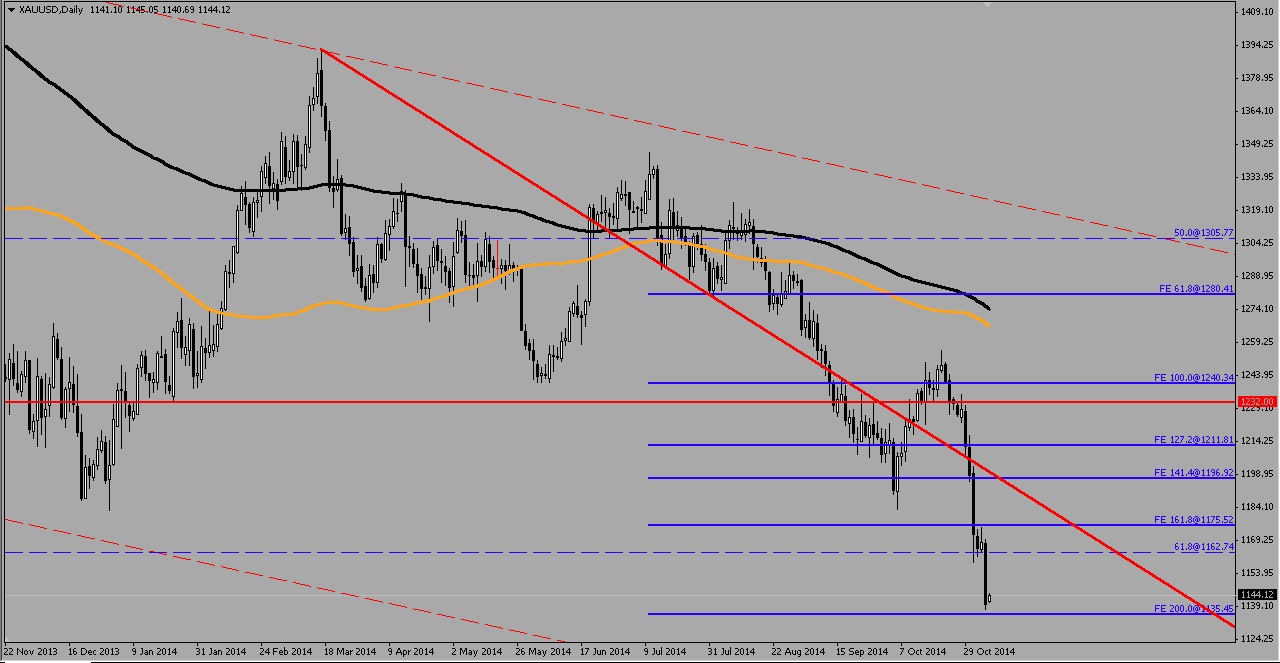 Gold falls towards 1138 as optimistic dollar data weighed on demand. 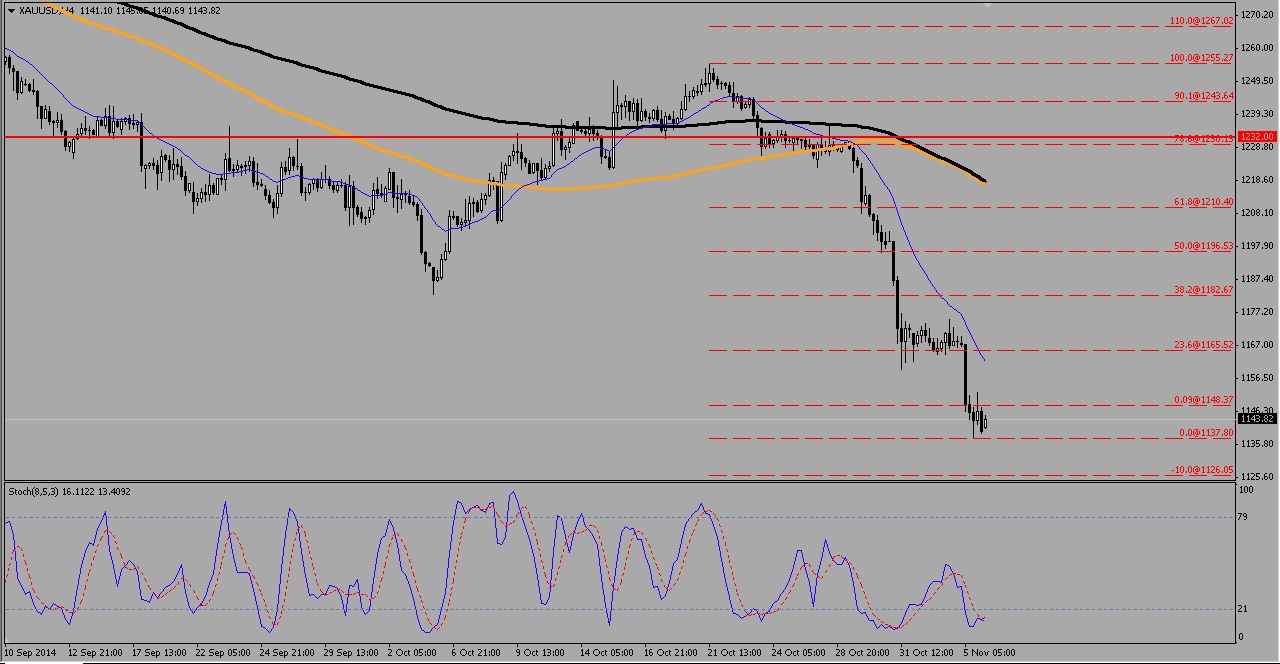 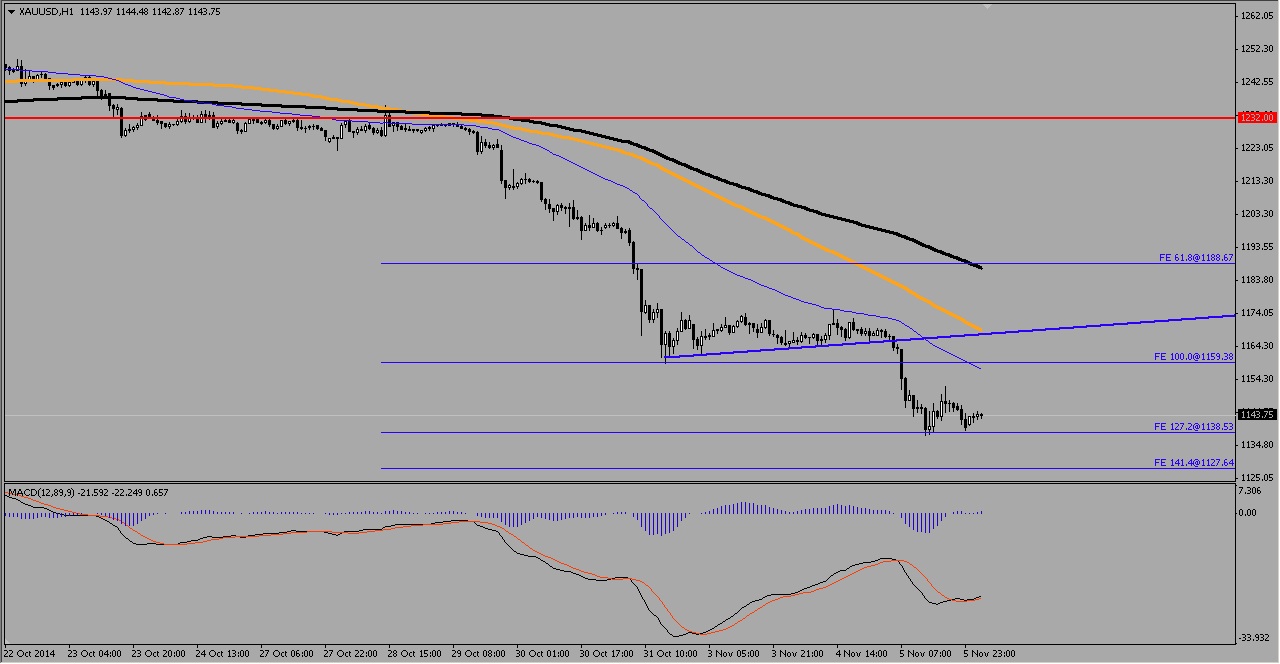 Traditional MACD still shows bearish trend but without breaking below the 127.2% of the downtrend Fibonacci Expansion will see 1160 reattained.

There are people in Switzerland who resent that the country sold away much of its gold last decade. This splinter group is a persistent bunch and if they get their way in a referendum this month, they will make their presence known to gold traders around the world. Their objective is to force the central bank to build its bullion position up to at least 20 percent of total assets from 8 percent today, meaning that the Swiss National Bank would have to buy at least 1,500 tons of gold to get to the required threshold by 2019.

That would be 7% of the annual global demand, and a rally will ensue for the precious metal that has already fallen the most in more than three decades last year and is now 41 percent below its September 2011 record as it trades below 1140 at time of writing.

The U.S unemployment claims later today and the NFP tomorrow will likely decide the end of another bearish week as it edges closer to 1100.