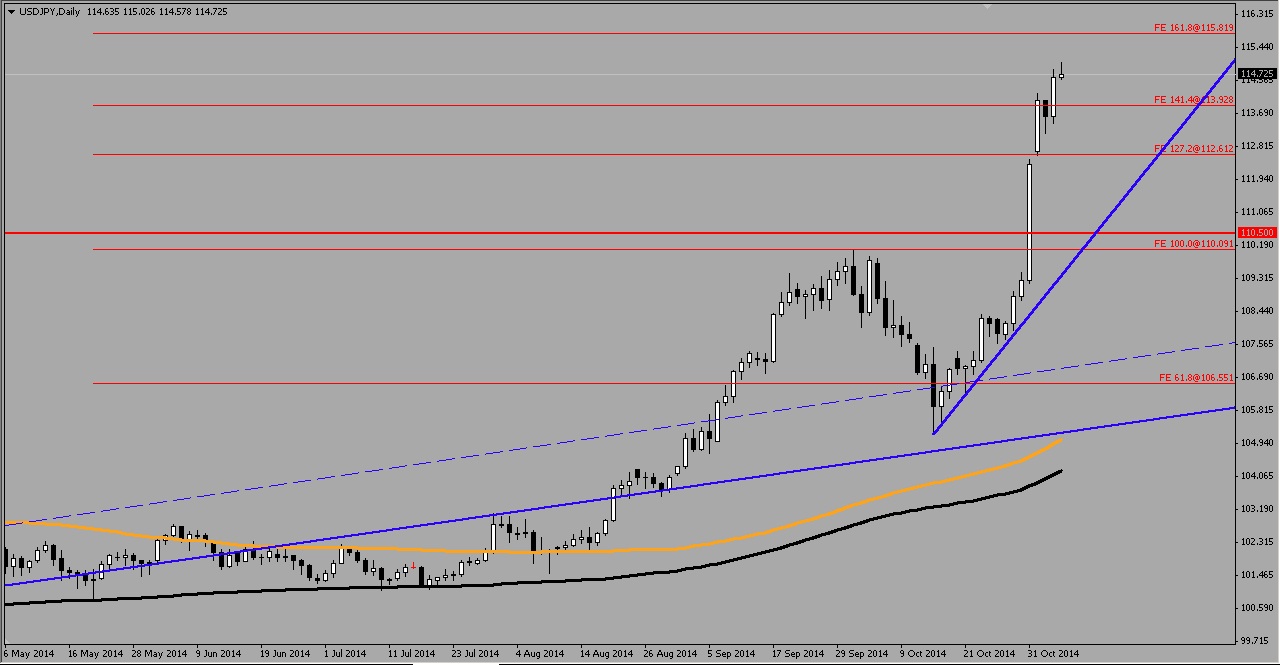 USD/JPY resumes normal service after the bearish day of 4th Nov turns out to just be a retracement, with 114 resistance broken and onwards to 115.82 on the 161.8% Fibonacci Expansion level 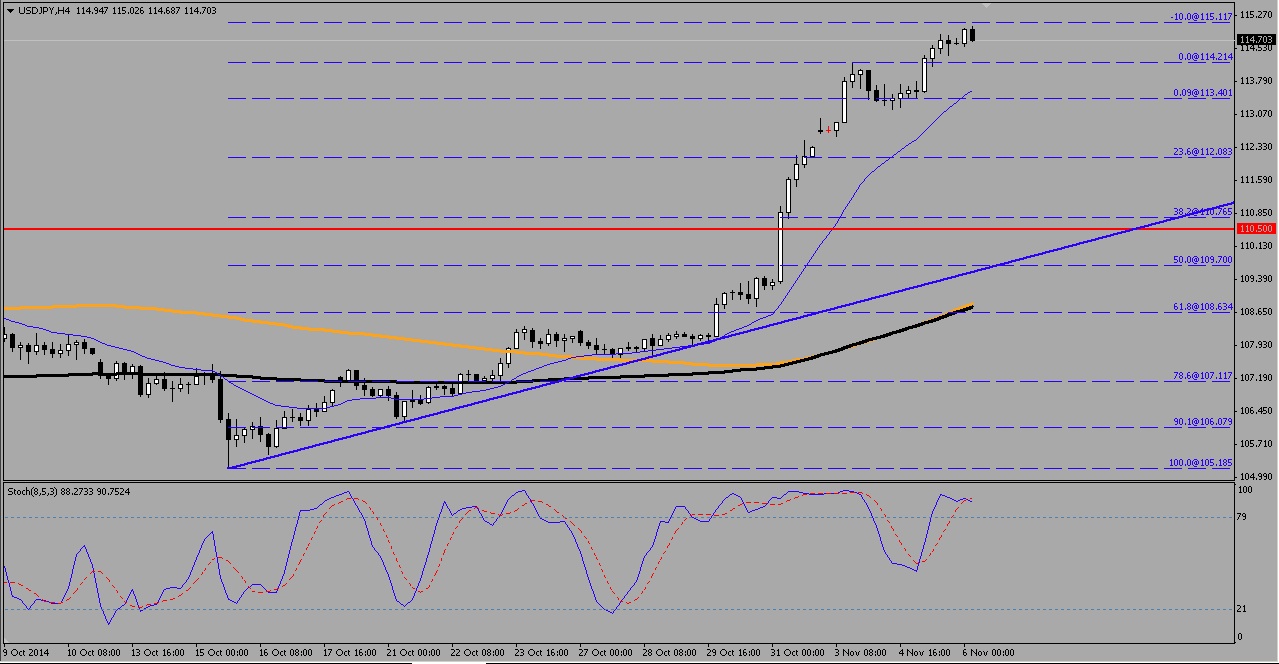 115.17 could be a technical resistance and if the market does not close above this level, correction towards 113.4, 110.76 on the supporting trendline can be seen 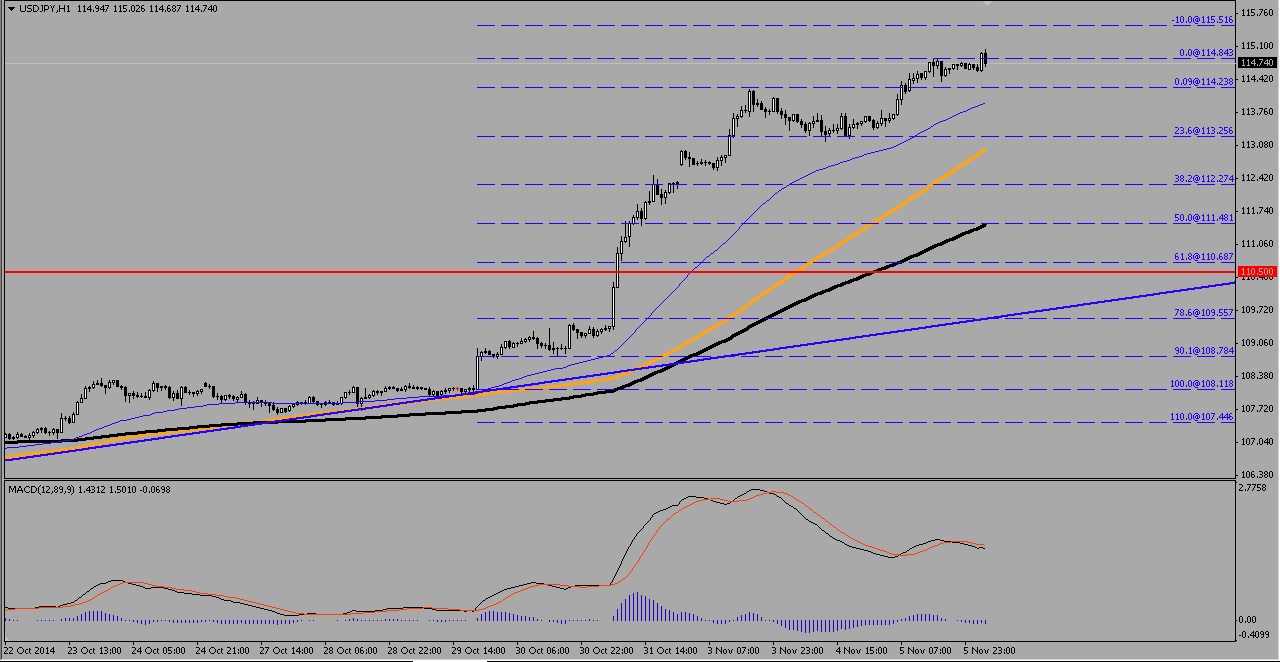 Bullish strength seems to have weakened as the gradient of the moving averages have subsided a little. Traditional MACD remains bullish despite moving slightly weaker.

The U.S dollar rose 0.3% against the Yen and attained levels past 115, the highest since November 2007, resulting in wealthy Japanese growing wealthier. The Bank of Japan’s unexpected increase in stimulus has added more than $3 billion to the top 4 billionaires’ net worth in the 3 days after the annoucement, as the drop in Yen’s strength fueled stocks’ rally.

A failure to increase wages next fiscal year poses a big downside risk for the economy, according to Naoyuki Shinohara, a deputy managing director at the International Monetary Fund. Shopping for Japanese consumers is also getting more costly as private consumption slumped after a 3% sales tax increase started April 1, contributing to the worst economic contraction since the first quarter of 2009.

Dollar against the Yen is expected to ease off the bullish pressure in the 115 range as referenced from historical data, albeit as just a retracement before the Unemployment Claims report for the previous week as well as the U.S Non Farm Employment change data tomorrow.