Australian dollar was in a bearish mood yesterday as 0.876 saw no return , plummeting to 0.855 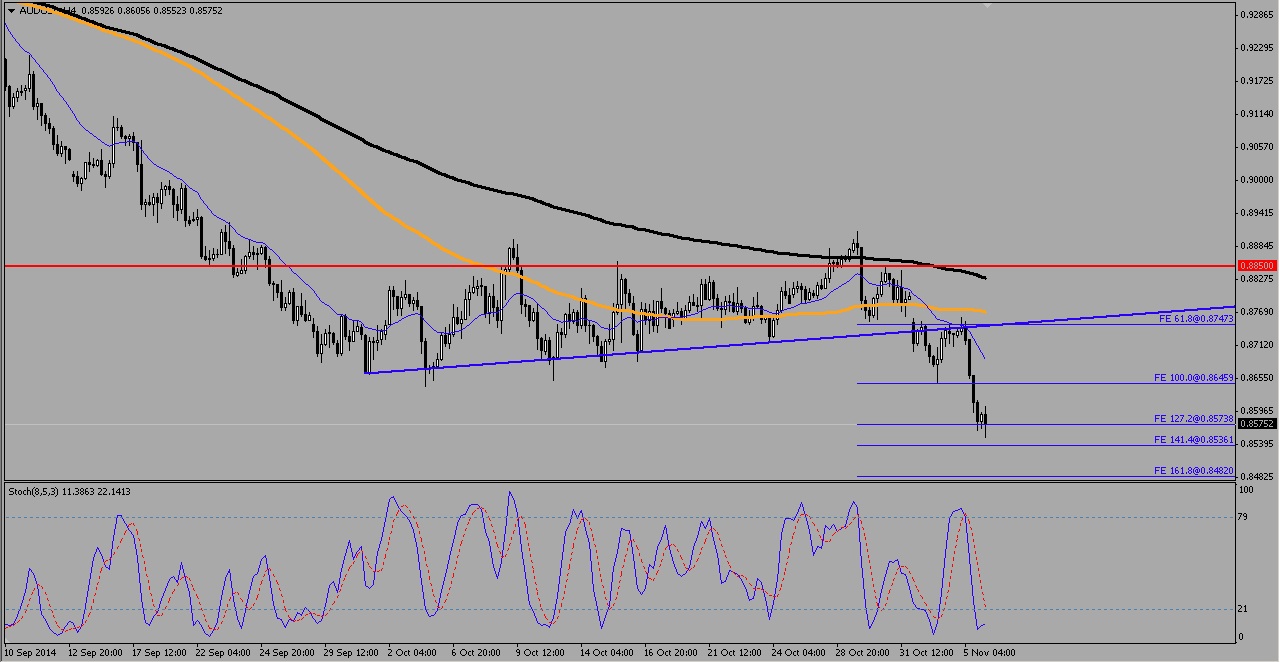 The resistance at the week’s opening price gap saw the supporting trendline of higher lows turn into resistance as the 20 moving average dips lower into a bearish trend., coinciding with the overbought signal on the Stochastics Oscillator 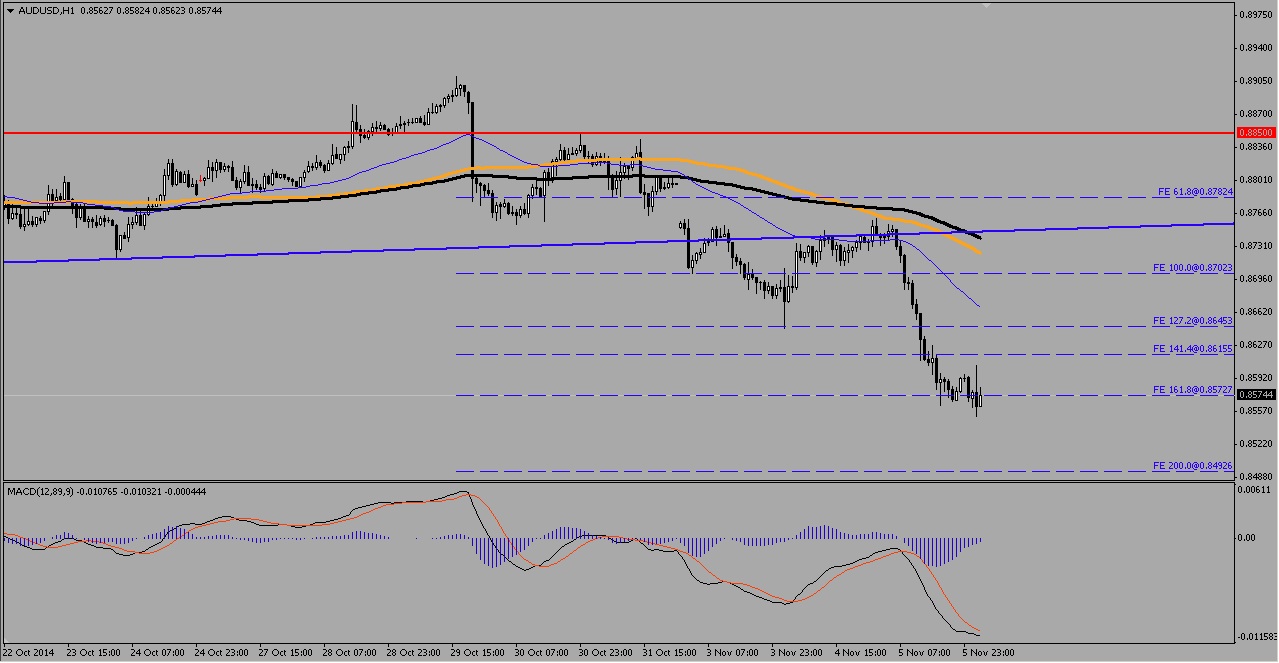 The hourly charts shows no strong rebound despite the more than expected employment change figures. Bearish trend looks to consolidate into retracement for intraday movements.

Australia added more jobs than projected in October and unemployment remained unchanged as AUD/USD drops over doubts on big swings in data.

The break below of the supporting trendline was the first indication of a weaker Australian dollar this week, echoed by China’s slowdown in manufacturing and the weaker Kiwi dollar. A retest of the uptrend line as a resistance saw markets favouring a lower Australian dollar, perhaps on the back of the RBA’s statement on Tuesday, saw the bearish action yesterday enroute to 0.856 at its lowest. The overbought on the Stochastics Oscillator is supported by the bearish indication on the Traditional MACD to be bearish, while the moving averages continue to trade above the market prices and dips down to indicate lower averages. The U.S unemployment claims announcement for the previous week is likely to be positive for the dollar if as expected shows a slight fall to 285,000, will likely swing the AUD/USD rates closer to 0.8500 psychological level.