Bitcoin dropped $300-$600 from close to $7600 in the last few days. It’s very likely that there will be more as price drops to $6800 before it resumes upside. The following is a Bitcoin short term forecast based on 6 November Bitcoin Elliott wave analysis and forecast.

06 November, AtoZForex – This month brought about a huge break above $6200 October high. A new high at $7590 has been made this month so far resulting in about 26% profit in just a week. There was call for an impulsive wave to break above $6200 mentioned in our recent Bitcoin Elliott wave analysis series. The year high is still aimed at $9000-$1000. In spite of the strong rallies, there has been some shallow drops in-between. At the end of these dips, price flies high again as it’s been this year. It’s now logical to think price will continue the rally after every dip till the impulse wave is complete. Before looking at how far the rally has gone, let’s review the last update. The chart below was used in the last update. 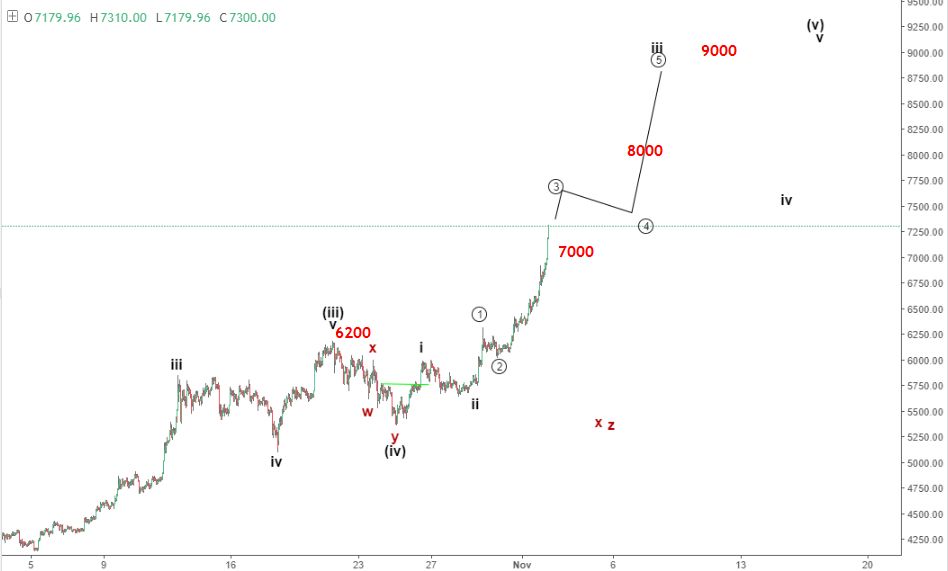 This wave count is valid and still supports Bitcoin making new highs this month and next month probably. $7000 has already been taken out. The next price levels remain $8000, $9000 and $10000.

The chart above shows price was on sub-wave 3 of iii of (v). There was room for more rallies with such an extended 3rd sub-wave. But, what do we have presently?. Price was able to top at $7590 and now making a correction below $7300. The chart below shows what we have now. 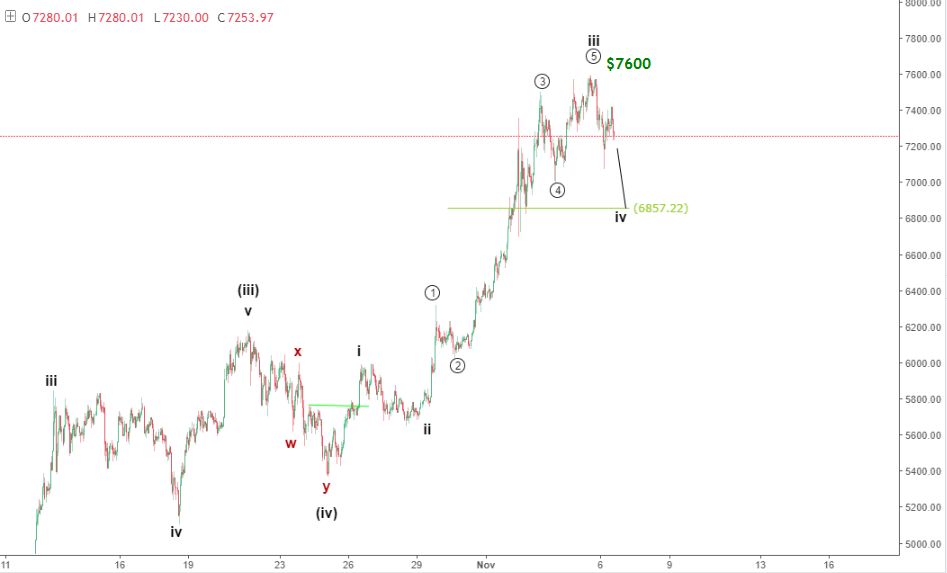 The chart above shows that wave iii has completed just below $7600 and price is making a corrective wave iv. Wave iv often retraces to 38.2% Fib-ratio of wave iii. $6857 is the price in this case. A dip to this price is possible before price resumes upside. At the end of the corrective wave iv, a strong rally above $7600 should be expected to $8000. We will update you as it goes. Stay tuned.