The Loonie has been one of the biggest movers in the last two weeks. A powerful breakout of a leading diagonal with a pullback and an even stronger bullish continuation. It does look like there will be a sort of bullish weakness. Will this perceived weakness lead to a bearish correction or resumption? We look at this based on 6 March USDCAD Elliott wave forecast.

06 March, AtoZForex - There is really something about the Elliott wave theory that makes financial speculation so easy to do. The patterns that always occur and how price responds to them make the market predictable to a good degree. These patterns are definitive and and bound to one another in mathematical ratios that reads into and reveals the psychology of markets participants.

The kind of diagonal we saw in USDCAD was a leading diagonal which gave us a preferred bearish bias as shown in the chart below. 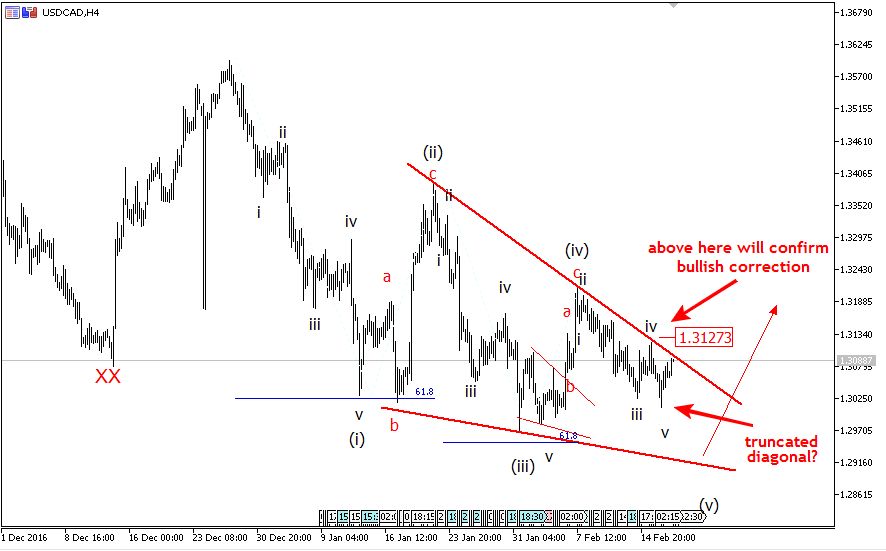 Of course a strong rally followed as expected. The structure was that of a leading diagonal. 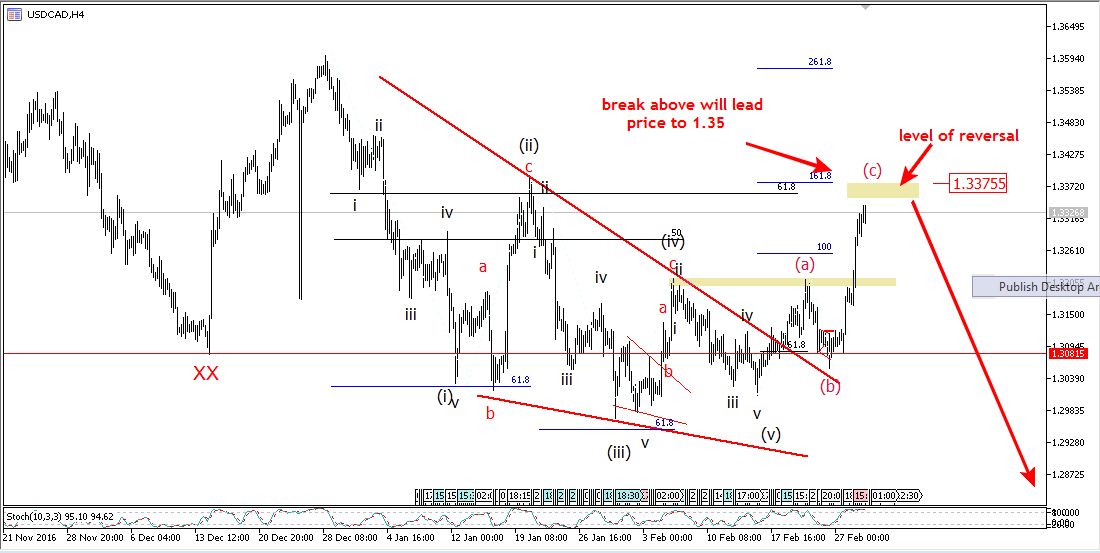 The chart above shows how price reacted. This is typical of diagonal patterns. The breakouts are often volatile. Presently the correction upside went unusually high above 1.3375 which is giving us an alternative thought. We thereby draw the two scenarios below.

This scenario pointed at a bearish resumption, recognizing the recent rally as a mere correction. 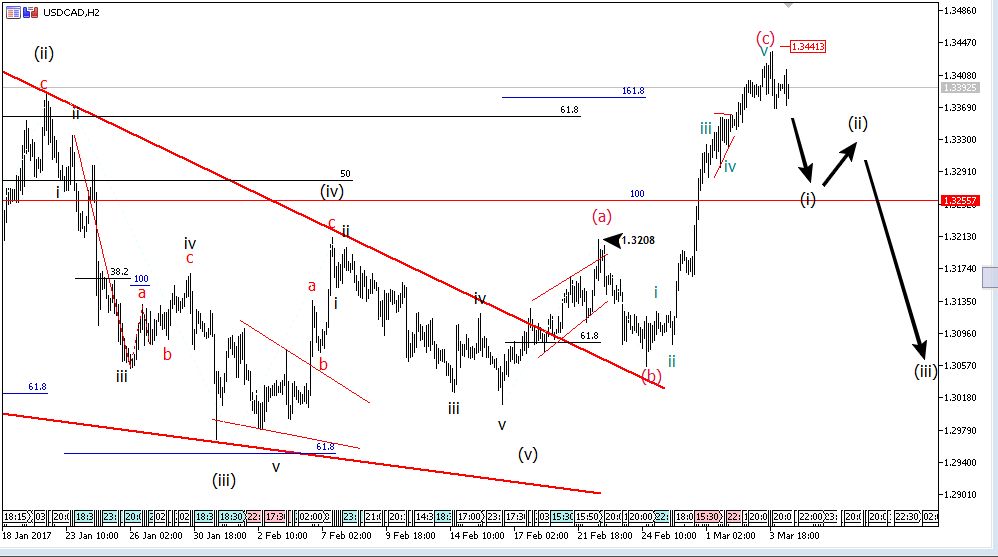 The forecast above supports the bearish resumption properly as price could gather big momentum and break below 1.29. The move will see price at 1.25. Alternatively, the rally may not be over yet and could resume after a bearish retracement as shown in the chart below. 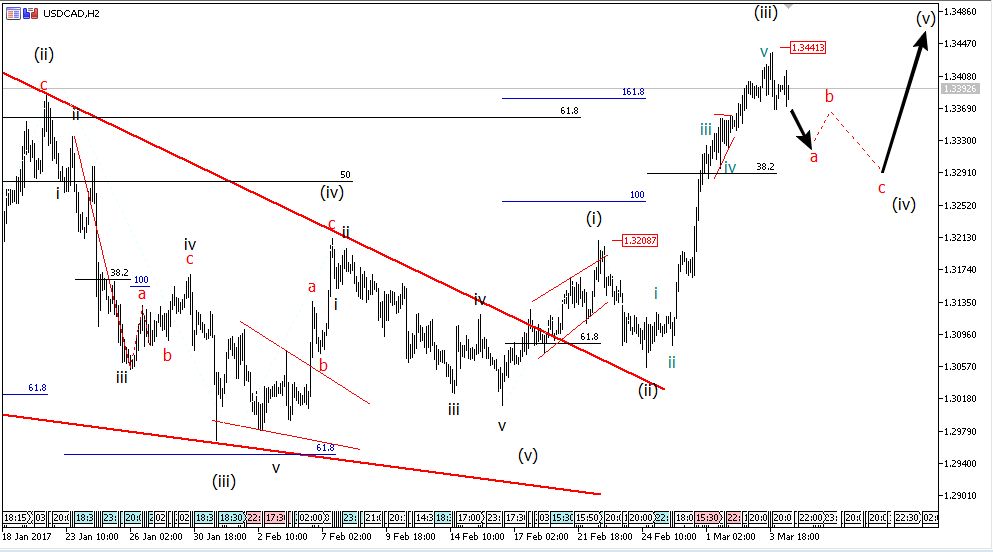 The strong rally does not look apparently corrective. A new impulse way is likely on the way. A dip to 1.3291 may be enough for the bullish run to continue.

To balance these two scenarios, a bearish break below 1.32 will validate the first and invalidate the second. On the other hand, if the dip is contained above 1.3290 in a corrective manner, the second scenario could work out and price rallies toward 1.35. In all, a dip is expected.