The following is an update to our long term view on EURJPY. We had earlier considered a bearish stand but with the way price reacted, there is need for a review. Will buying the dip be good based on 6 March EURJPY Elliott wave setup?

06 March, AtoZForex – In the last update, we forecast an impulse wave downside. The impulse wave completed the 4th wave with a good corrective pattern. It would be a good opportunity to dig as price broke out of a congestion. The chart below was used in the last update.

The chart above was a very classic wave pattern projection. The wave IV was also a real classic corrective pattern. The R/R ratio is also very good as price was expected to go as low as 92.

Price left the congestion level and our expectation was for a motive wave V with sub-wave 1 and 2 completed. What happened next?. Did price go as expected? 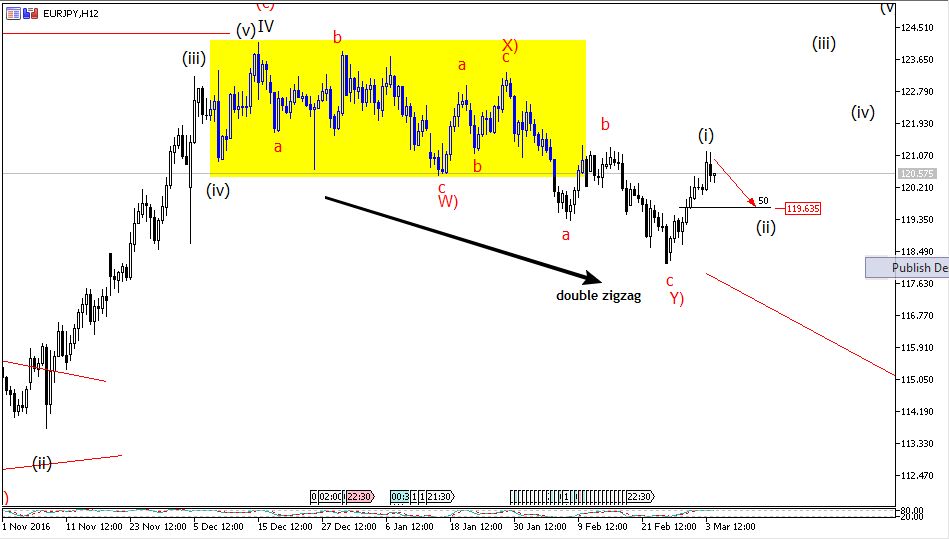 The resulting move is corrective and that gives a clue to more bullish move. The Elliott wave theory gives an ‘exit strategy’ when an expectation is not met. A double zigzag pattern has just completed and more rally is expected. This is an opportunity to exit the bearish bias and embrace the bullish sentiment.

How can a swing trader join the bullish move after the price reacted to the double zigzag. The best bet now is to wait for a dip and buy it. The chart below explains more. 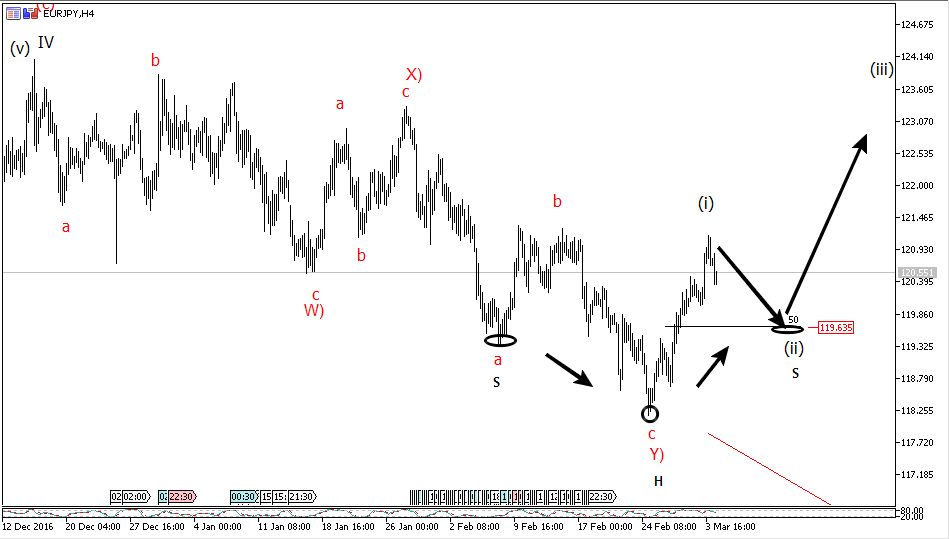 Buying at 50% retracement of the recent rally wouldn’t be a bad idea. If price dips to 119.635 ( a good buying price) and bounces off, there is a potential of an inverted head and shoulder pattern. Head and Shoulder patterns are reversal patterns. A rally above 124 is very likely. With a potentially large R/R, this should be a good investment.