The Kiwi broke upside late last month. Do you wonder why it did?. Was there an Elliott wave pattern that signaled that? What is the Forecast for the next price behavior in the coming weeks and month?. The following analyze  NZDUSD based on 6 June NZD USD Elliott wave analysis with short and long term forecast.

06 June, AtoZForex - Most traders can't afford the financial and political tools to have the right information to trading. Even if they have, interpretation requires so much skill. There are so many participants in the market but few who really control it. There is one thing that can't be hidden - past and present price activities represented in charts. If we can dig well, there lies one information - psychology of traders. The  psychology of traders shows how traders react to certain events - known or unknown to us. This fact is hidden in patterns that are well explained with the Elliott wave theory. Though we can't predict human behavior perfectly, but what we need is the edge of winning it gives us.

Let's look at the long term price behavior of NZDUSD and dig out these patterns that are so important to our trading success as technical traders. 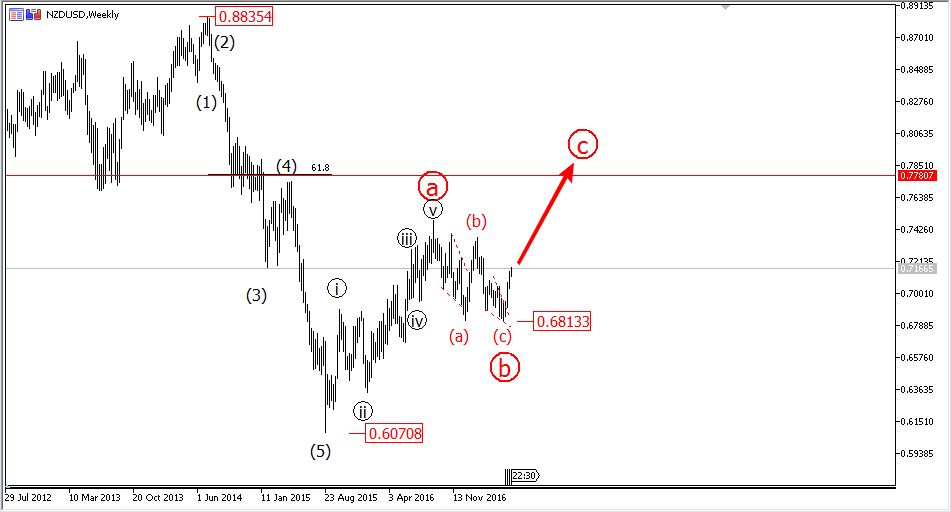 The weekly chart above shows a bearish impulse wave that started in August 2014. The pattern completed in August 2015 - lasted for 1 year. At the end of this patter, something will have to happen to take price on a long term correction upside. What will cause that, we may not know. Price rallied as it's often done much more often than not. According to Elliott wave theory, a 3-wave correction should be seen. A long term investor who was selling NZDUSD would have exited and probably taken a buy order. He also understands that the correction is expected to be a zigzag. flat or correction, each with its distinct characteristic. There is an expectation. Price has completed wave (a) and (b), a rally toward 0.778 for wave (c) is very likely. That's another important information. 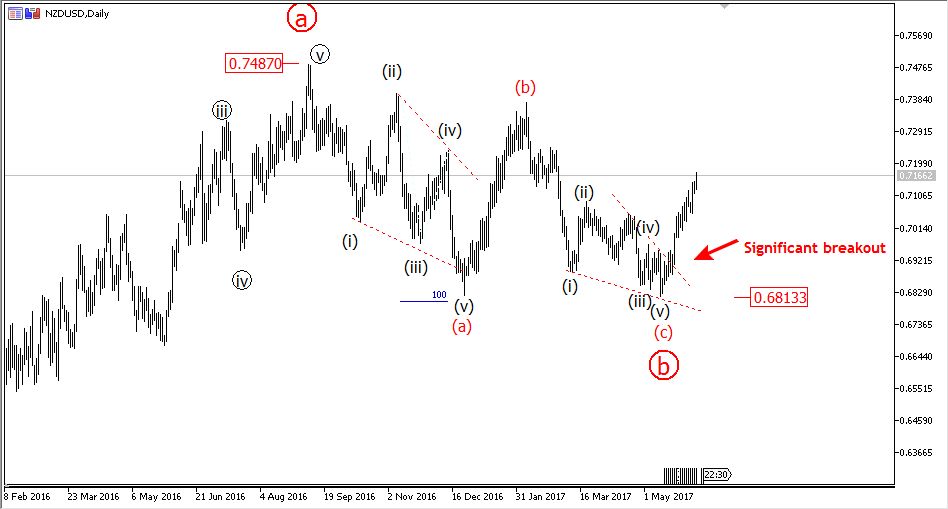 After wave (a) (circled) at 0.7487, there was an expectation for a dip after another impulse wave (of lower degree). Price dipped and completed a corrective pattern - zigzag at 0.6813 for the long term bullish correction to resume. Wave (b) (circled) completed with an ending diagonal pattern for a swing trader to take advantage of. At this point, the long term and swing traders have both used Elliott wave to detect the next price direction. Isn't that cool? 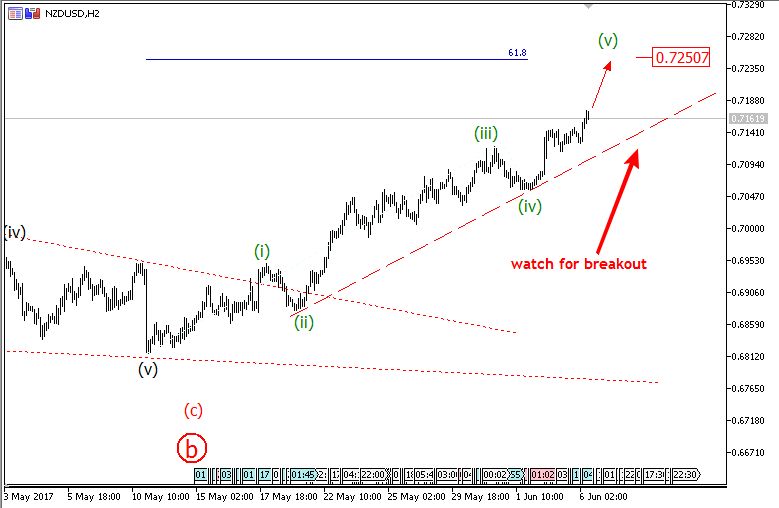 The breakout of the diagonal is exhibiting the properties of an impulse wave. A short-term trader can also have an advantage to trade against the trend or wait for the next corrective pattern to join the bullish rush. 0.7250 is the likely level for price to reverse. A break below the trendline as shown above confirms a likely bearish correction. Can we predict the market. Yes we can with our price charts and the knowledge of Elliott wave theory with other supporting technical tools.