Will there be a USDJPY rally soon? If yes, where is the next level to expect it? The following provide good information based on 6 February USDJPY Elliott wave analysis.

6 February, AtoZForex – The fall of the Dollar following uncertainties surrounding Trump’s presidency has seen most currency pairs rally against it. The fall was highly expected technically as speculated in our previous analysis based on Elliott wave theory. USDJPY, since the beginning of the year, has been on a bearish drive. The southward direction is corrective and a bullish move may start soon.

There is a high likelihood of more dip before the expected rally. Based on 6 February USDJPY Elliott wave analysis, the correction may continue deeper to complete a double zigzag corrective pattern. Double zigzag patterns are two different zigzag patterns separated by a corrective pattern (zigzag,triangle or flat). On the intraday front, we also spot an emerging triangle pattern could be a good bearish trade opportunity for intraday traders. 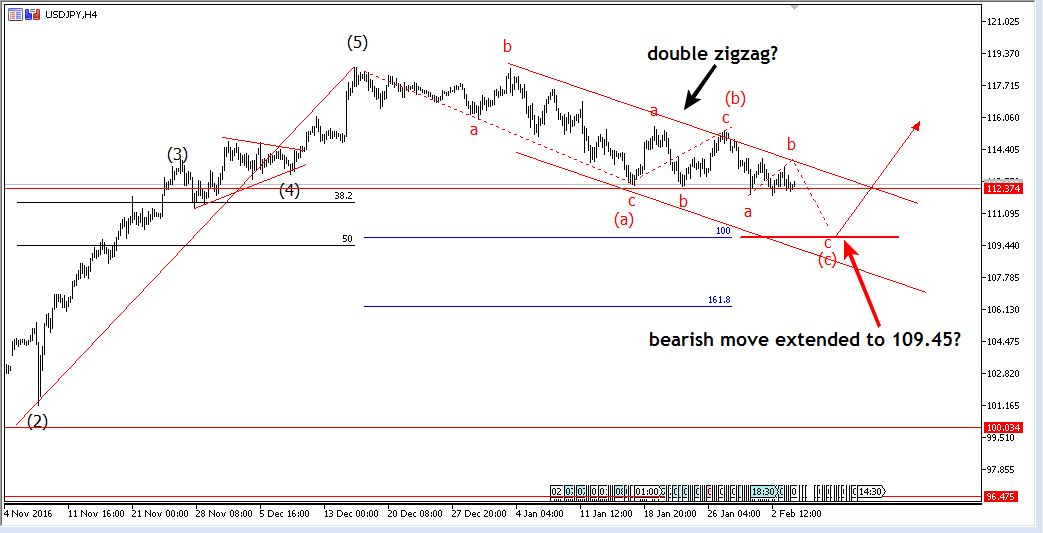 In the previous analysis, the recent dip was taken as the 4th wave of the preceding impulse wave. We expected this corrective 4 to end at 111.7x. Price is still on the way down but seems over-stretched to be a wave 4. We now label the dip as a correction that follows a completed impulse wave.

The pattern is a double zigzag pattern and could end at 109.45. The pattern follows this sequence- zigzag-flat-zigzag. Traders can watch this level closely if price gets there. Levels like this are important especially if a clear wave pattern completes there. The bearish momentum may get exhausted there for the bullish resurgence.

Price is in the last stages of the second zigzag-the b-leg. The b-leg is forming a triangle as shown in the chart below. 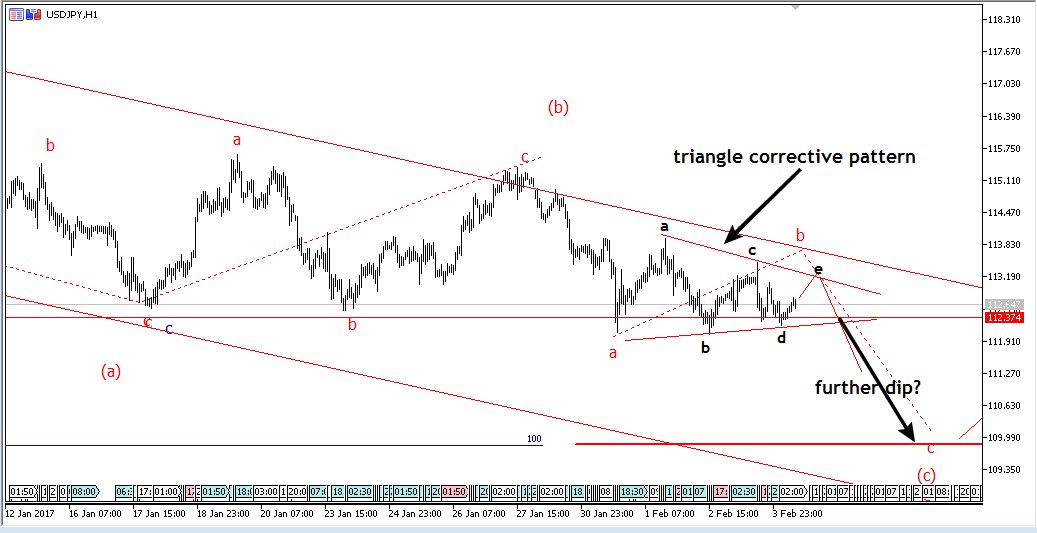 An intraday triangle pattern is about completing and breaking below. Triangle are famous for preceding the last leg of price in one direction before it turns back in the other direction. Intraday traders can look for a bearish oppportunity to 110 or 109.45 if the triangle completes and breakout exactly as shown above.

After the completion of the last dip, bullish resurgence may happen and this advantage can be taken by swing and position traders. We will update you at AtoZforex in our subsequent USDJPY Elliott wave analysis updates.