What should be expected after EURUSD completed a triple zigzag correction upside?. Based on 6 February EURUSD Elliott wave analysis, the Euro is expected to drop especially IF the rising channel is broken down.

06 February, AtoZForex - The EUR has been rallying since December 2016. The rally is clearly corrective, though a strong one. Price is expected to resume downside. The chart below shows a wave (4) of 3 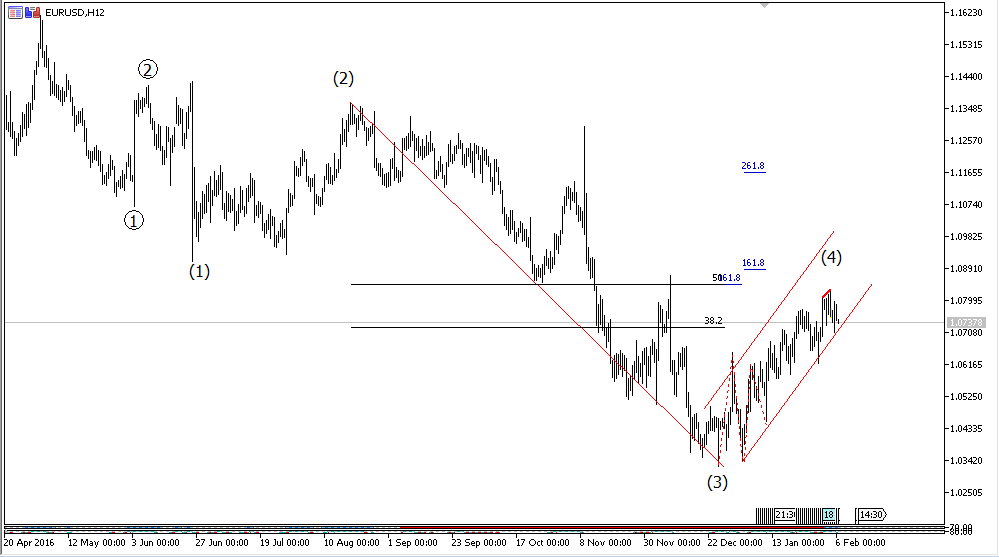 Based on 6 February EURUSD Elliott wave analysis, a dip is imminent. A strong dip that could go below 1.025. The corrective pattern is a typical triple zigzag. What is triple zigzag pattern?

Triple zigzags can be mistaken for an impulse wave. They have 5 legs in the manner of an impulse wave  but with corrective subwaves. The legs are w,x,y,xx and z. w, y and z must be zigzag patterns. The upward flow interrupted by counter-trend x and xx legs. x and xx can be any corrective pattern- zigzag, flat and triangles.

The aforementioned corrective rally in EURUSD has a similar structure with a triple zigzag pattern as shown by the chart below. 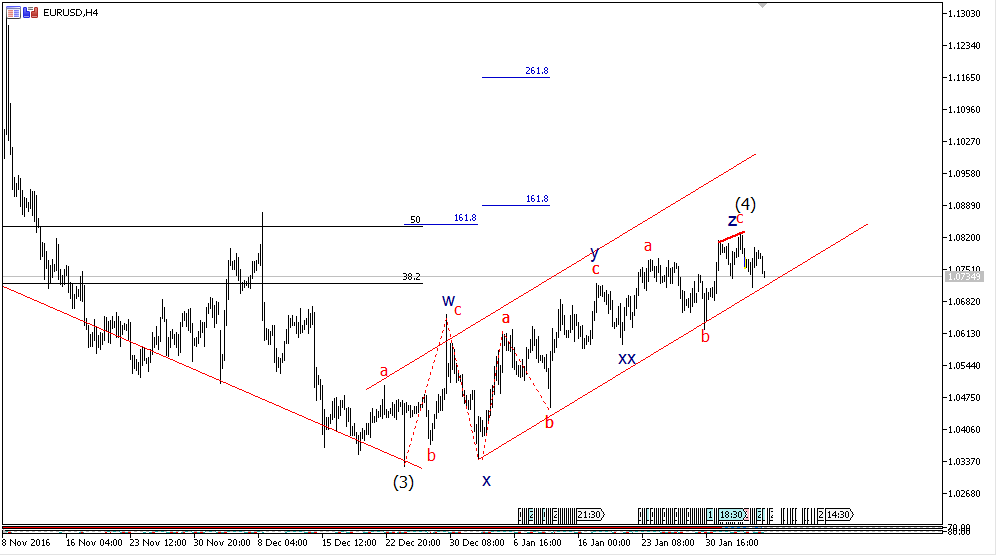 The pattern above replicates the triple zigzag described above. It is formed within a channel- typical of a triple zigzag. This pattern also completes at 50% Fibonacci retracement of wave (3) of 3.

Price could start a new journey downside with a break below the triple zigzag channel. The entry strategy of a triple zigzag pattern is to wait for a breakout.