The Cable rallied strongly last week amid BREXITt agreement after a good bearish breakout. Will price break above the 1.37 top or move downside? The following analysis is based on 6 December GBPUSD Elliott wave analysis.

06 December, AtoZForex   In the last two updates on GBPUSD, we saw how price invalidated the Flat pattern but completed a double zigzag pattern. Though the double zigzag wasn’t a ‘textbook’ pattern but price was well resisted below 1.334 despite an initial shallow break. With the way the bullish momentum was dropping, it was just normal to expect that the bullish correction was complete and the bears would take over. In the last update, the chart below was used. 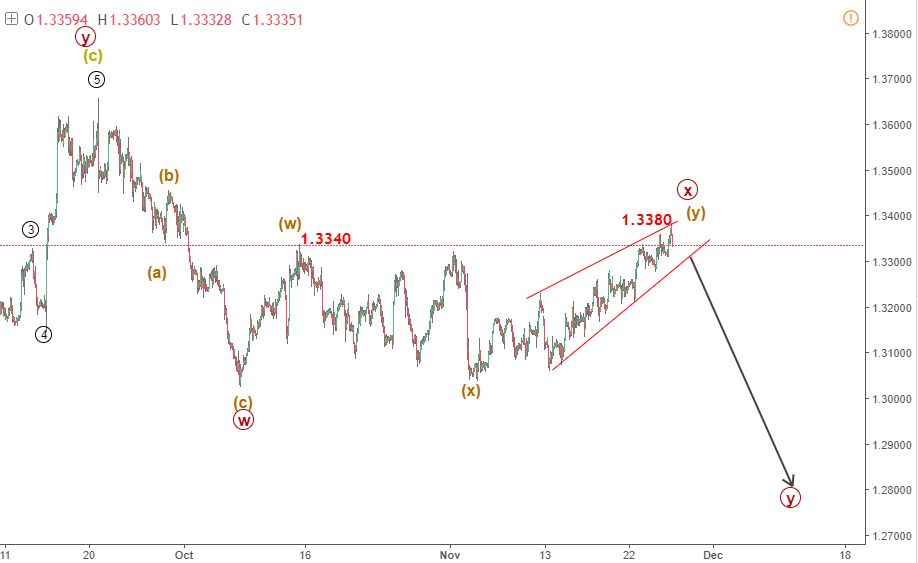 The pattern emerged is a double zigzag pattern with wave (y) almost at 100% projection of wave (w) from wave (x). A significant bearish breakout is again expected to confirm this setup. The new invalid zone is now at 1.3380-85. If price plays out as expected, a strong dip to 1.28 (about 500 Pips away) is expected.

There was a breakout and price moved significantly downside. The drop was about 200 Pips but was far from our bearish target. Moments after, price made a very strong rally after some successful BREXIT talks thereby invalidation our wave count. What’s the new update? 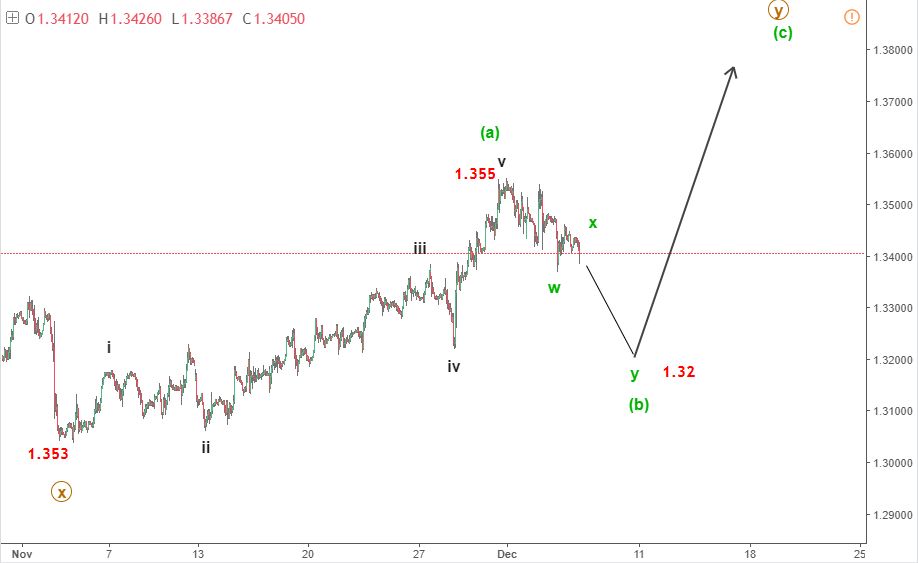 The rally from 1.353 is impulsive. There is a high likelihood that the long term bullish corrective wave 4 still have some point to prove upside. A continued rally to 1.38-1.4 is very likely. After a 5-wave rally, a 3-wave bearish correction is expected before the rally continues -according to Elliott wave theory. The drop from 1.355 is looking corrective at the initial stages. A 3-wave dip is now expected to 1.32 or its neighborhood before the rally continues. Any next genuine rally that’s strong enough to break above 1.355 should break above 1.37 and toward 1.40. Stay tuned for the next update.