EURUSD has not decided its next direction yet after a bullish November. What should we expect next? The following analysis is based on 6 December EURUSD Elliott wave analysis.

06 December, AtoZForex  – We have been on a very good side of this currency pair in the last couple of months. In November, we successfully predicted a rally. The rally was meant to be the 5th wave of the year-long impulse wave. If price would go by this forecast, a rally to 1.25 should happen. The 5th wave is expected to be an impulse wave or an ending diagonal. The first bullish move breaking above the wave 4 channel as explained in the previous updates completed a-wave upside – an ending diagonal possibility. It doesn’t make much sense to predict an ending diagonal after 3-wave up so we will drop that until price covers more space to prove this right. We are now left with two high probable scenarios.

Before we delve into these scenarios, we should look back at the last update as usual. The chart below was used. 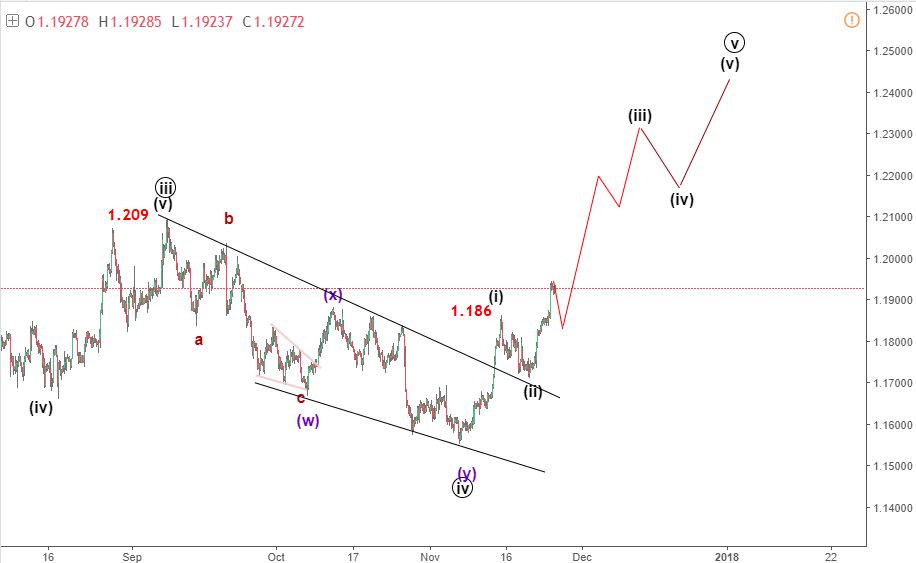 Price did just as shown above – made a short dip and rallied to peak at 1.196. A closer and more pragmatic look at the present price actions has made me come up with two high probable scenarios that could give good trading opportunities. 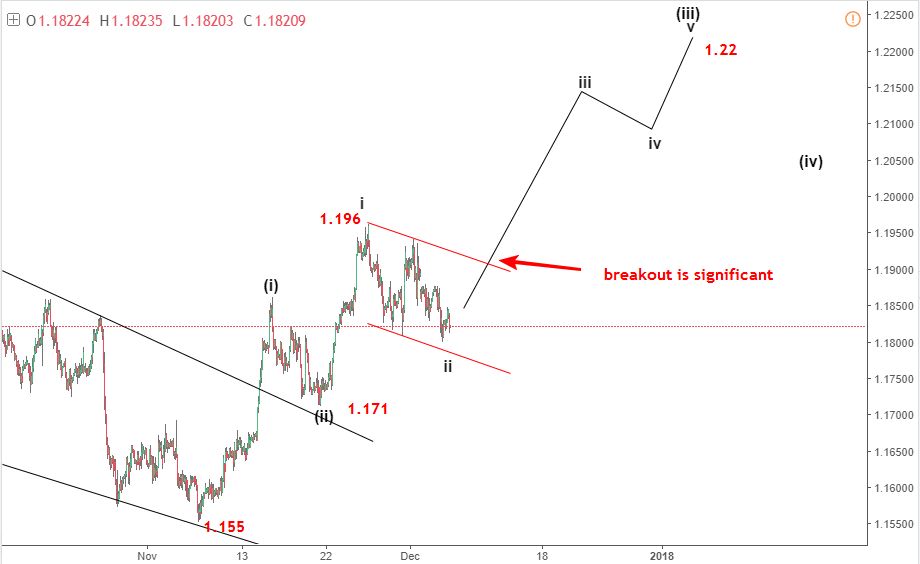 This scenario looks at the possibility of price continuing upside. Price completing wave ii of (iii). A significant break above the red falling trendline as illustrated above could bring in a bullish continuation to 1.22-1.25. This is a trend following setup and will be invalid below 1.171. What if price breaks below 1.171? Check the second scenario below. 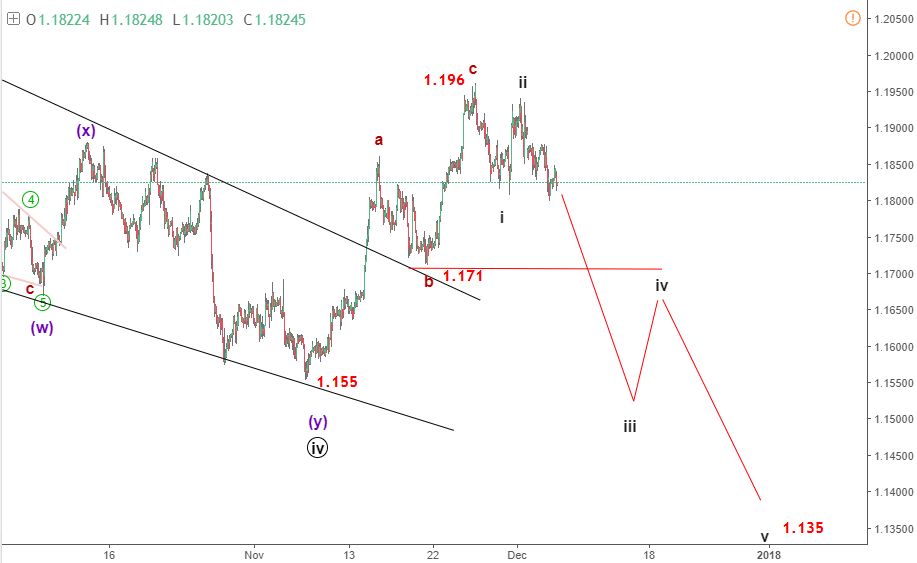 If price breaks below 1.171, there is a big chance for the bearish correction to continue to 1.135 target. This setup will be invalid if price breaks above 1.196. Stay tuned for the next update.