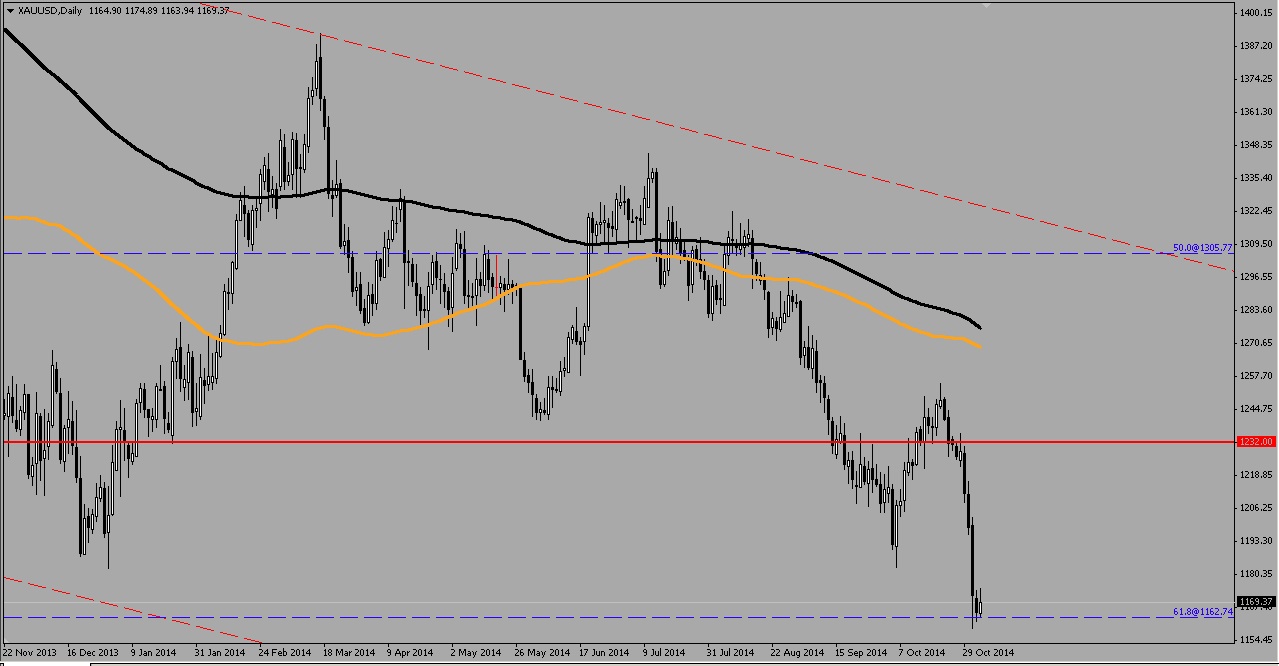 Gold remains near 1162-1160 support price as the narrow trading range today is not surprising considering the U.S elections ongoing 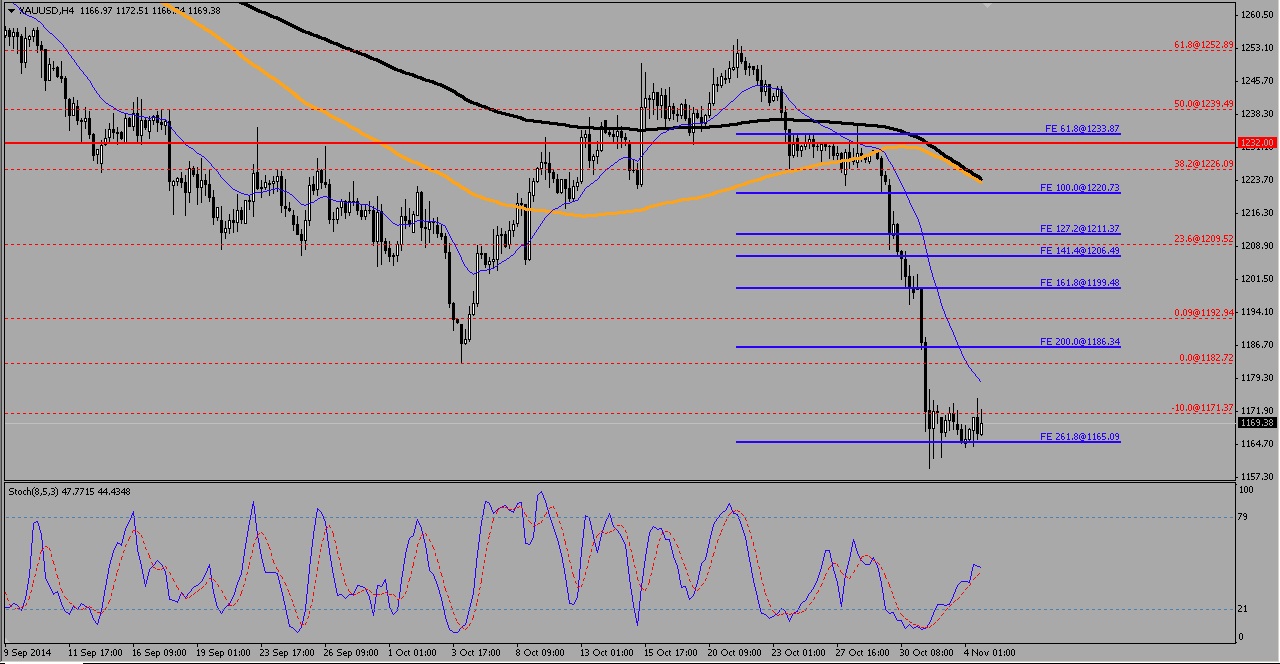 Trading sideways below 1171 bearish calls are aplenty as supports at 1160 and 1153 may be challenged next. 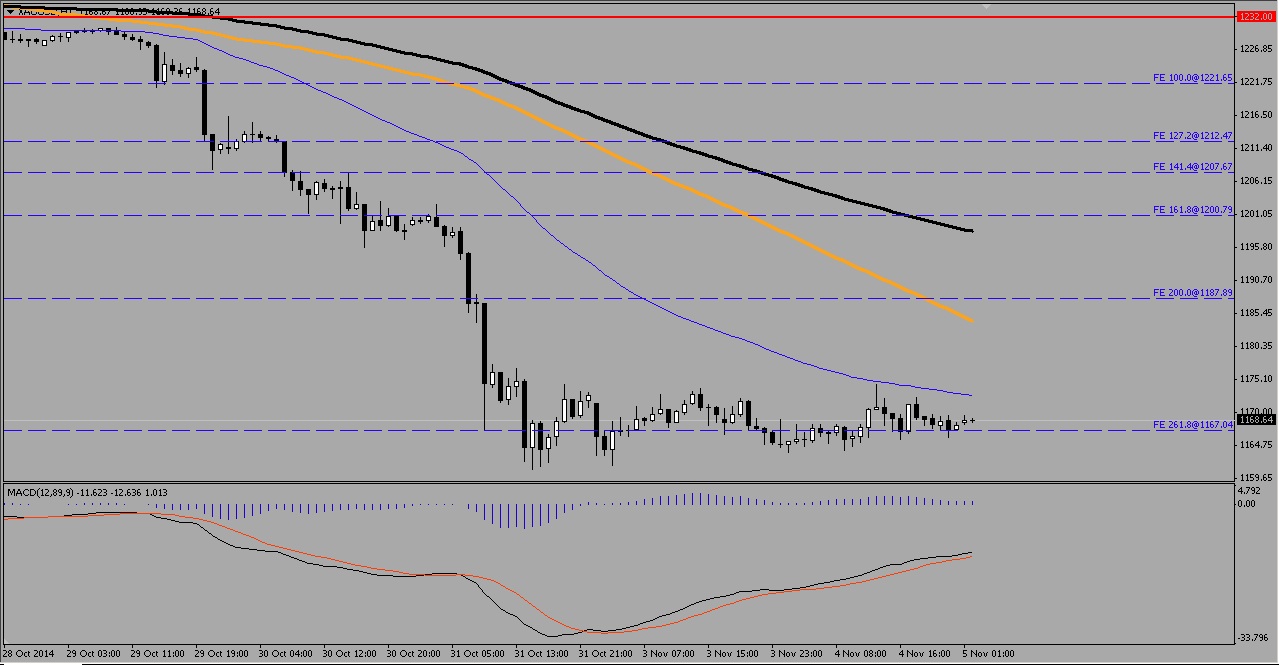 Republicans are poised to make gains in U.S. elections today but it remains to be seen whether the party will capture enough seats to seize control of the Senate. A Commerce Department report showed factory orders slipped 0.6 percent in September, matching economists’ forecasts. Other data showed the trade deficit in the U.S. widened in September as exports fell. The deficit gap grew by 7.6 percent to $43 billion, the largest since May.

Gold did not respond in relation to these figures as the 55 hourly average trades above the current market price, while the 200 and 104 moving averages show downslopes in tandem to lower prices that look likely to continue. ADP employment change and ISM Non-Manufacturing PMI later today are likely to swing the U.S weaker if estimates hold, with Gold likely to break back above 1171 towards the possible resistance at 1182 which was a support on 3rd October this year.