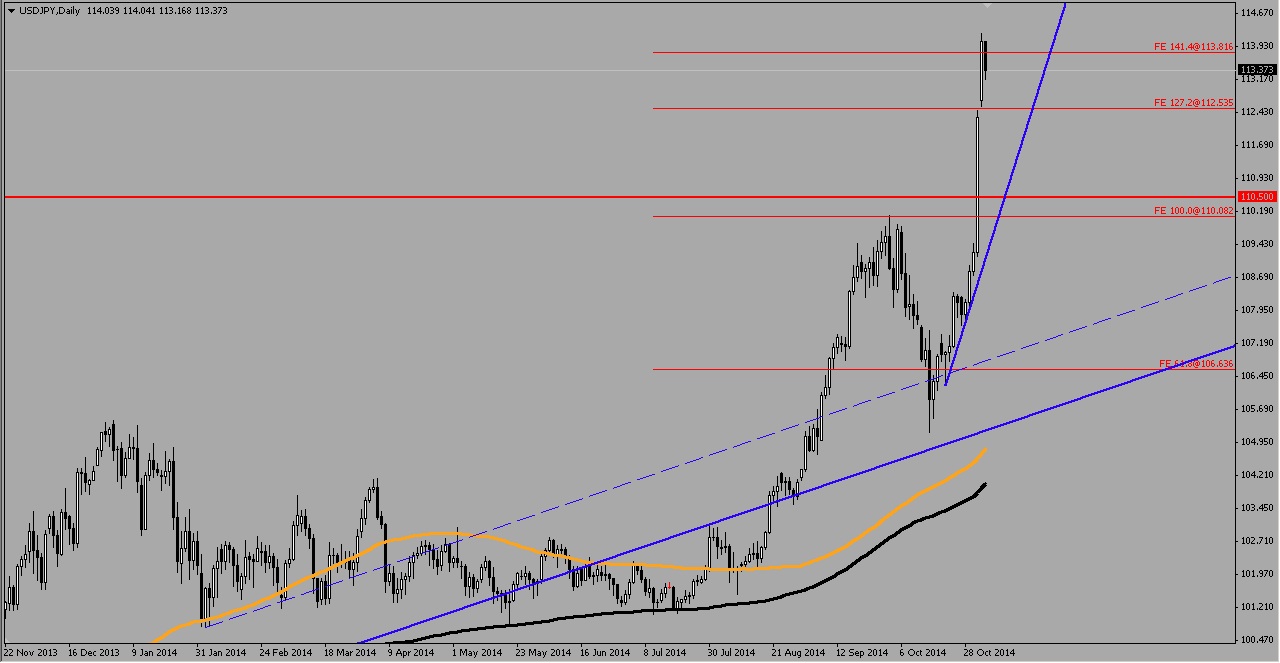 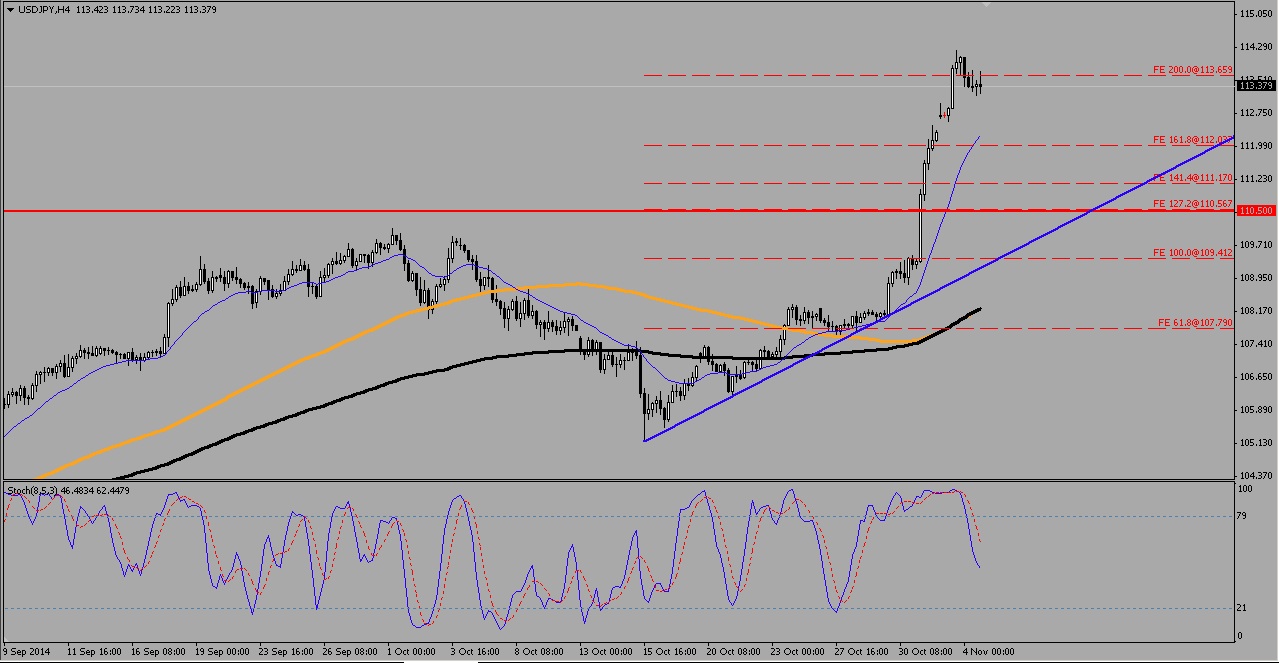 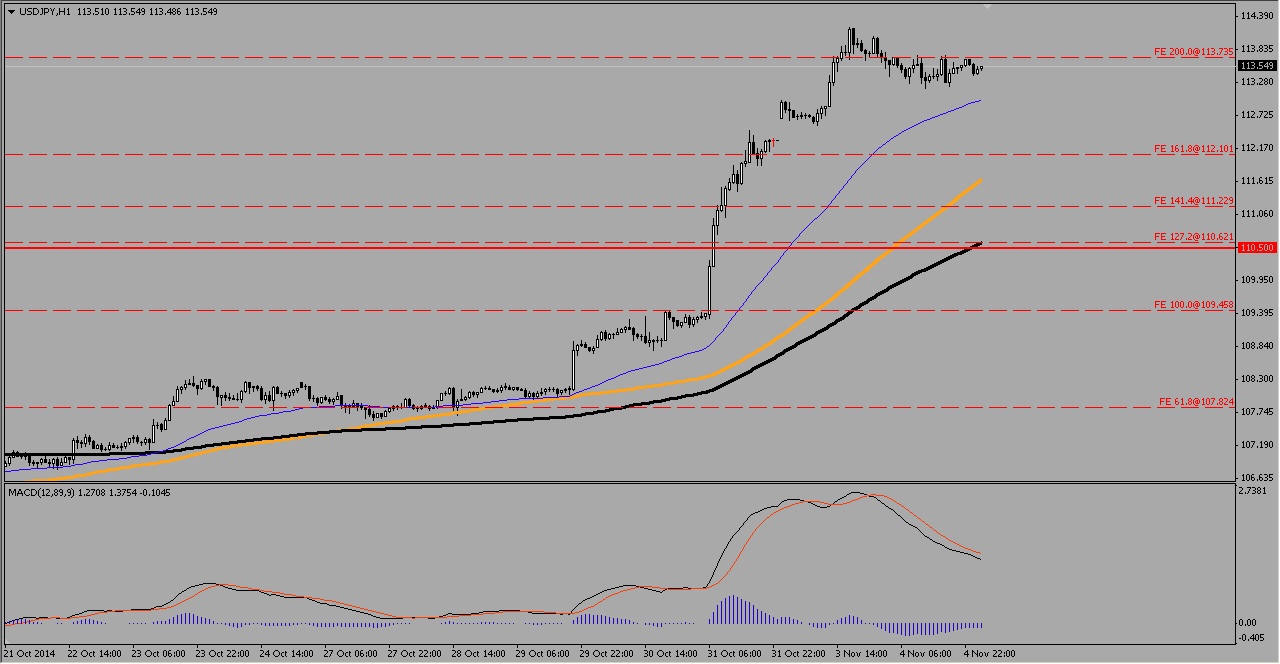 Closest support seen on the hourly chart stands at the 112 level, and bearish calls are to be avoided as MACD still hints at bullish trend.

The trade deficit in the U.S. widened in September as exports cooled. Weaker global growth is likely to affect the world’s largest economy after eliminating the influence of prices, the trade deficit widened to $50.8 billion from $48.2 billion, the highest in 4 months.

The BOJ’s expansion of its asset purchase program to 80 trillion Yen will likely have lasting effects on a weaker Yen and advise to stay close to the fundamentals when chasing this pair.