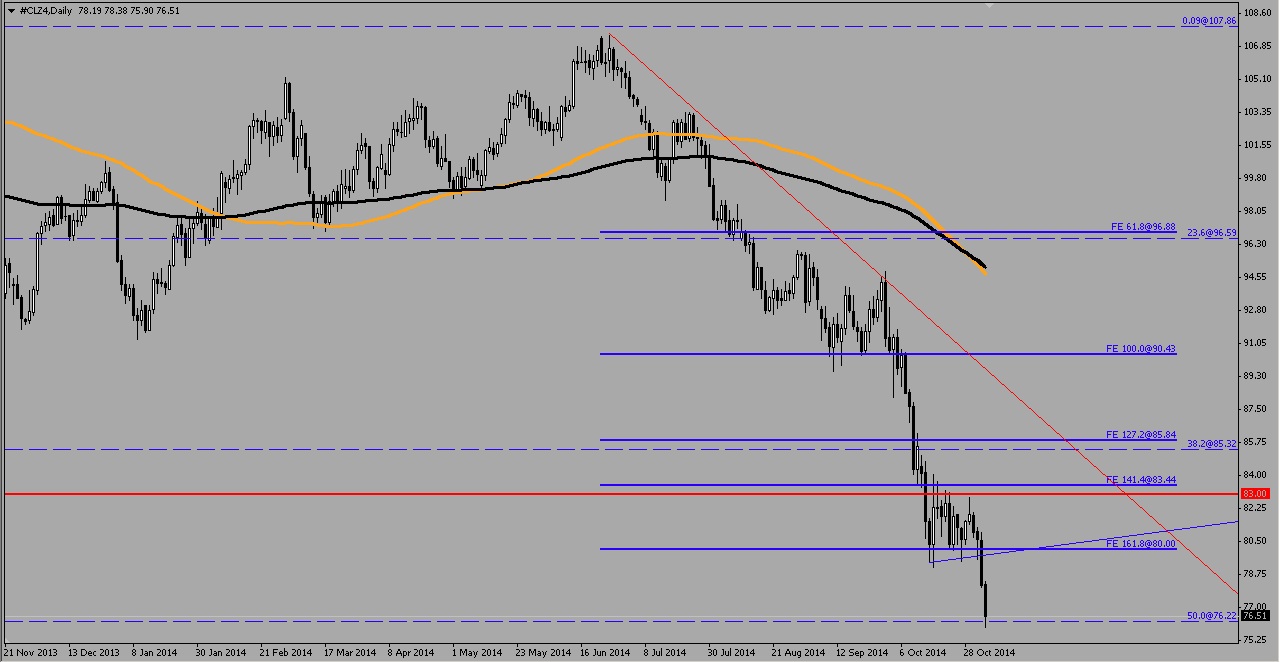 Light Crude Oil slides to 76.22 on the 50% of the uptrend Fibonacci Retracement, attaining the low of August 2011. 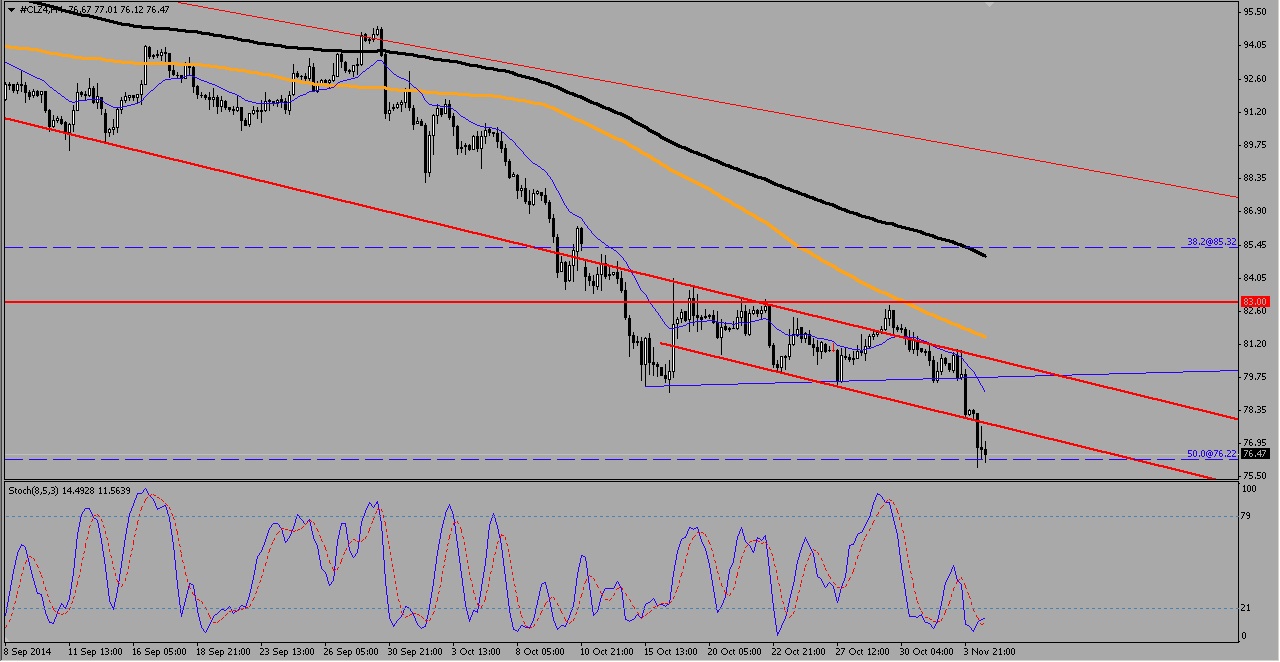 Downtrend channel has been broken but downwards, indicating a much more steeper fall is likely should 76.22 support not hold 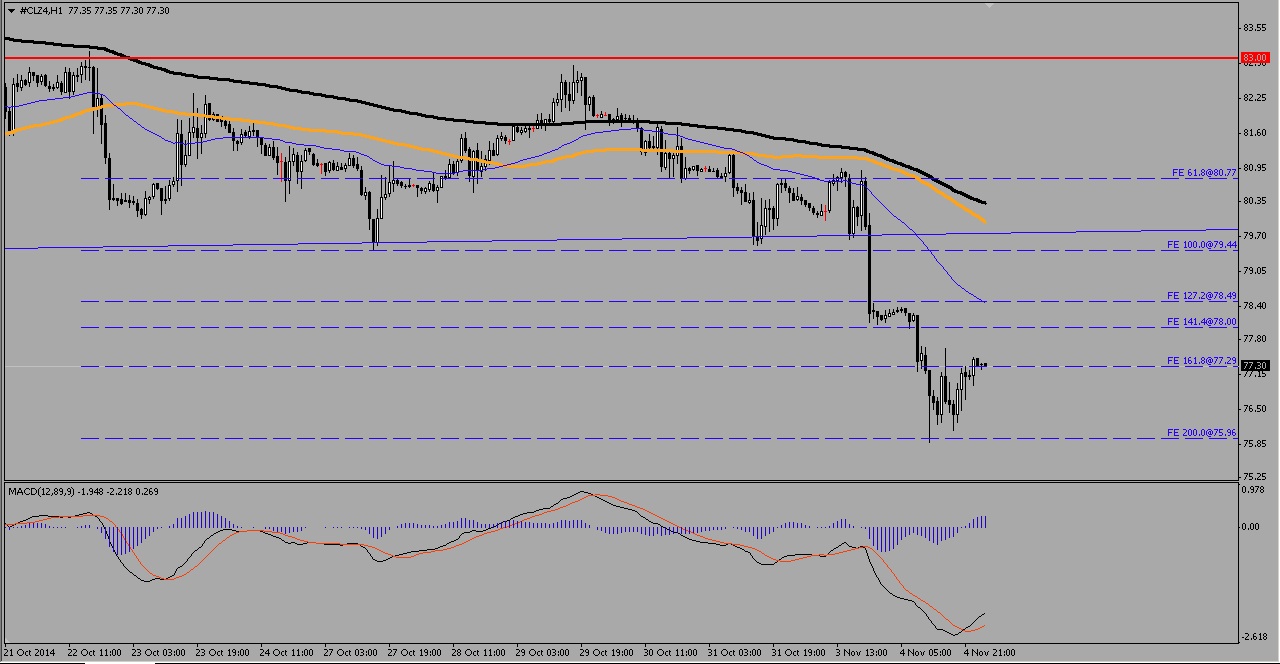 Light Crude Oil hits 76.22 low and rebounds to 77.29 as Traditional MACD signals a retracement in the bearish trend

Oil tumbled to a three-year low as Saudi Arabia price cuts continued a selloff in crude. West Texas Intermediate (WTI) crude slid 2.8 percent to $76.58 a barrel after reaching as low as $75.84. Oil prices fell into a bear market last month as global demand growth slowed and supplies swelled from producers outside OPEC, with the U.S. pumping at the fastest pace in more than three decades. A resistance today at the H4 downtrend channel could signal even more drops as fundamentally over supply and short demand weighs over technicals