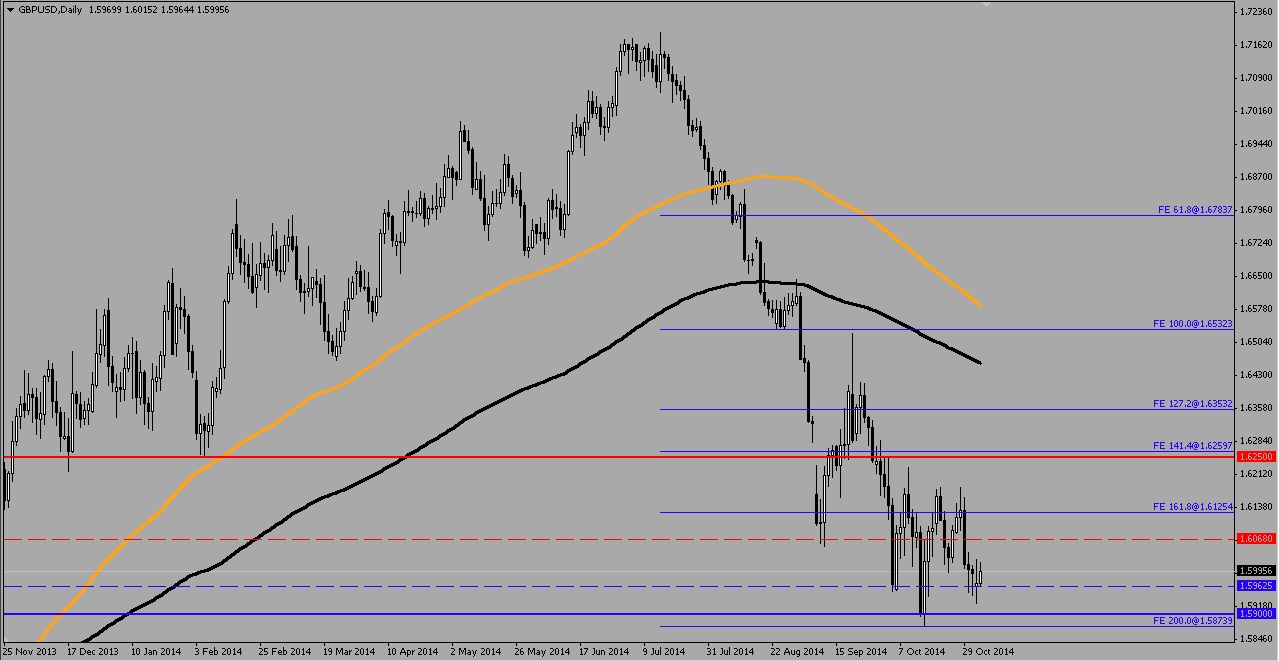 Cable trades near 1.605 but fails to break the daily resistance as sideways trend ensue at 1.6000 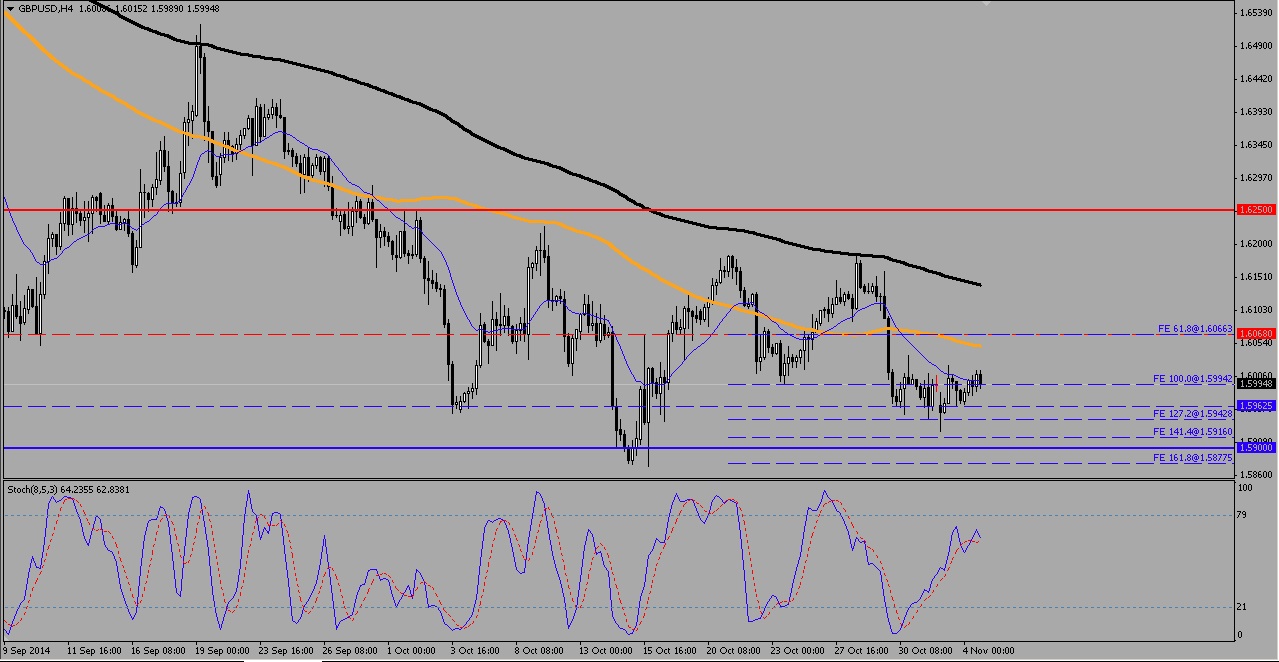 Cable trades in a tight range around the 1.6000 psychological level and near the 20 moving average on the H4 charts 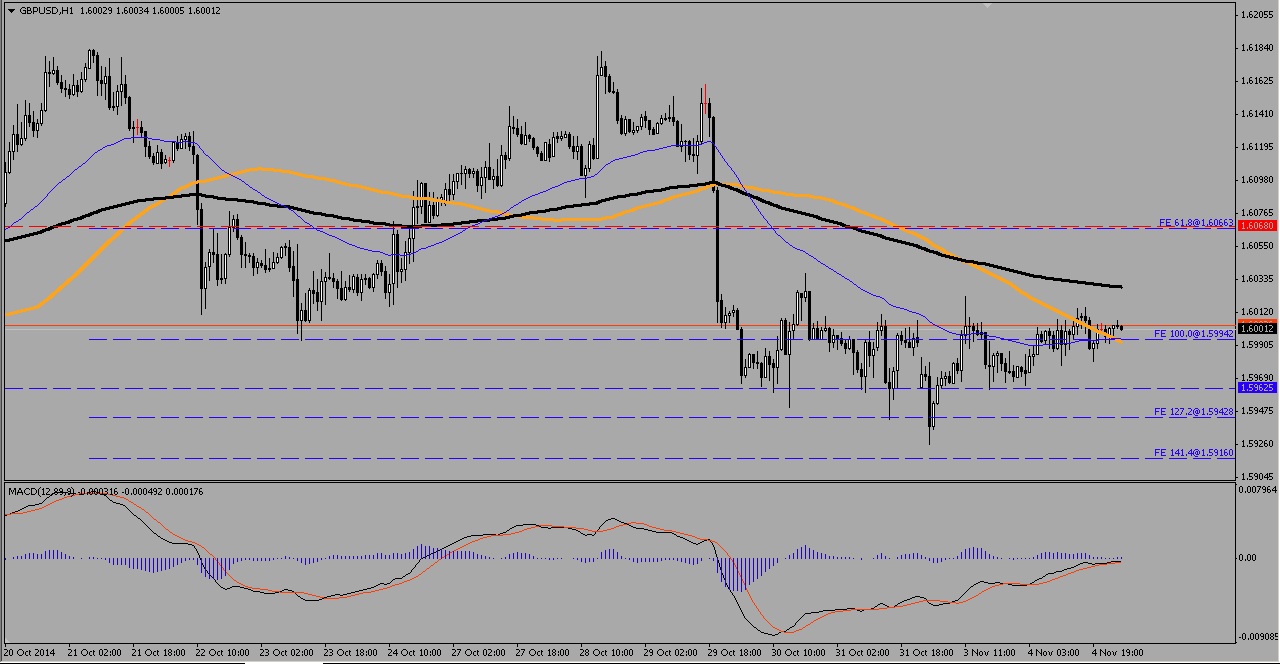 Central Banks are no longer unanimous as policies diverge. In October, heads of central banks in the participating countries under the ECB, for example the Bank of France Governor and Bundesbank President, among others that oppose a program to buy asset-backed securities, albeit for different reasons.

Bank of Japan policy makers voted last week to boost their quantitative-easing program, with Governor Haruhiko Kuroda siding with the majority, to boost purchases up to 80 trillion Yen over 5-7 years.

Two days earlier, the Federal Reserve winds down QE despite minority calls from some state Fed Presidents calling it premature.

Over at the Bank of England, policy makers are already seeking higher interest rates for the U.K, and data this month would likely be scrutinized before a decision could be made. With the U.K Services PMI to be released today before the Bank Rate statement tomorrow, there are also the U.S ADP and ISM Non-manufacturing PMI that will likely shake up the rates of GBP/USD as it remains cautious in the 1.6000 zone, well below the 200 moving average on the H4 charts which has edged close to 1.614. A drop past 1..5877 will likely be a bearish confirmation for the pair on the back of sustained dollar strength or the lack of movement and confidence in the Pound sterling.