Looking into NZDUSD, one can get confused or even call it oversold. Yet, I have now 5 reasons to short NZDUSD this week from trend following perspective.

19 December, AtoZForex – As a part of my 5 reasons to short NZDUSD this week, I would like to look into what really happened for the Kiwi last week. So, starting off, there is a clear bearish trend from price action view point on hourly timeframe. The bearish NZDUSD trend is confirmed by simple price action where we have clear Lower Highs and Lower Lows while the previous week we had a sideways trend development.

Meanwhile, bearish trend is confirmed by looking at the 100 and 20 SMAs. These trend following SMAs confirm that the market is pointing on a bearish direction. With the 20sma below the 100sma, while they are also sloping downwards.

5 reasons to short NZDUSD this week

To support my bearish NZDUSD trend analysis, I am also looking into extra supportive indicators as well. MACD bars as well as the MACD signal line are both below the zero level. Adding into my 5 reasons to short NZDUSD this week. Additionally, default level RSI is below the 40 level, yes I am looking into 40 not 50 as a bearish confirmation. Hence, from supportive indicator point of view we do see NZDUSD clearly on bearish trend currently.

For Monday, the pair signalled a short term short position from 20 SMA, based on Friday’s market move according to my mathematical calculation. However, I am now convinced that, NZDUSD is up for a correction, especially thanks to the US Electoral College voting which took place today. Hence, I am going to be looking at the NZDUSD to correct itself up to 100sma, or the 76.4% True Fibonacci Wave of Yagub Rahimov.

To sum it up, the bullish correction is coming up shortly ahead of is expected to be short lived. We would look into our 5 reasons to short NZDUSD this week only from a few pips above our 76.4% Fibonacci Retracement Zone level. Which is confirmed as a true Fibonacci retracement zone on the daily time frame and falls onto 0.7099 level.

Where to target NZDUSD Bearish Entry? 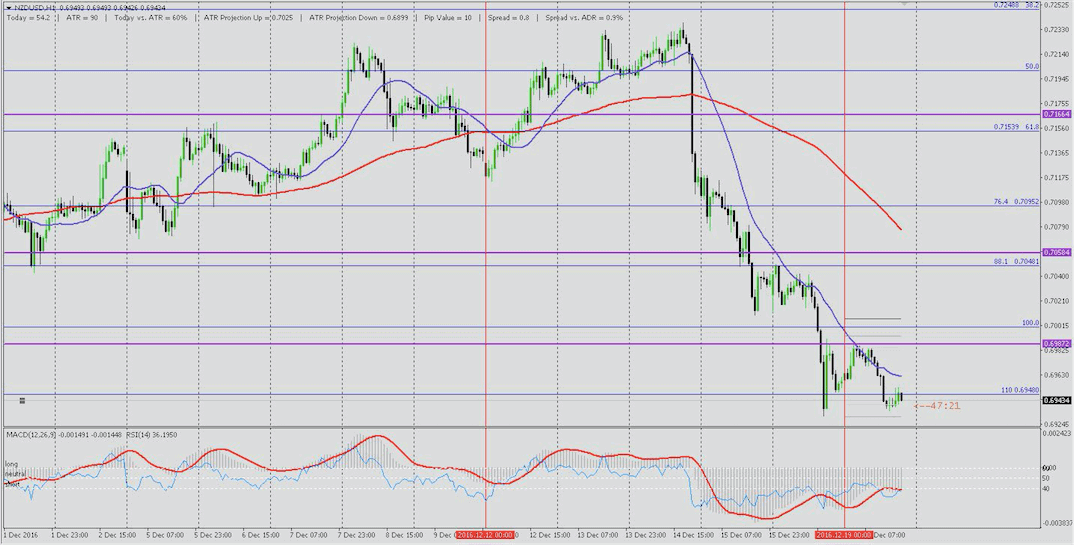 This concludes my technical analysis on 5 reasons to short NZDUSD this week.