AtoZForex Athens, Greece- Behold yourselves for the mighty Greek elections this weekend.

On Sunday, Greece head to polls for the snap general elections, as the mighty Greek parliament failed to accept and approve the presidential candidate of the Prime Minister Antonis Samaras for three consecutive rounds in December 2014.

Coalition of the Radical Left Party - Syriza is ahead of its competition according to the polls. If you think that the Forex market has seen enough from last week’s ECB QE announcement, wait for Syriza get on power as they intend to re-negotiate Europe’s authority terms and conditions which could possibly end up with strong opposition from the other EU countries. In fact, some economists are rather negative on Greece in 2015 as there is deep uncertainty within the country’s political infrastructure. Ahead of the elections tomorrow once again we see the Greek Exit once again becoming a hot topic with a new terminology “Grexit”.

As the Euro is already under the pressure after ECB’s 60 bln Euro per month QE plan, traders can expect to see more pressure building up by the market opening on Sunday.

Here are five key points you must know about the Greek elections on Sunday if you are trading Euro or plan to trade other EU related trading tools:

Coalition of the Radical Left Party - Syriza run by Alexis Tsipras opposes the terms and conditions of the Austerity and the Greek bailout program. As the party is ahead of its opposition according to the polls it is likely that Alexis Tsipras will rise as the next Greek Prime Minister.

Alexis Tsipras and his party oppose the Austerity terms and conditions imposed by the troika - the European Central Bank, the European Commission and the International Monetary Fund. Back in December he said “Austerity will soon be over” he further commented that “The Samaras government is finished.”

But is it as bad as it sounds? What does Syriza want to achieve?

Although Syriza opposes the terms and conditions agreed between the troika and the Greek government, they are not actually calling for the Greek to exit the Euro zone.

In an interview to the German Handelsblatt newspaper Alexis Tsipras commented that “Our goal is to reach a new agreement within the Euro that would allow the Greek people to breathe.” Watched closely, it can be clearly understood that Syriza wants to keep Greece as a part of the Euro zone while making it easier for the Greek people.

While the center-right New Democracy party of the Prime Minister Antonis Samaras aims to get as much votes as possible by promising to have tax cuts may they be elected.

2- What are the Grexit risks…

Although the ECB president said that there is no plan B for the Euro zone, it seems like there is a risk element involved if Syriza wins the majority, but how much?

The question here is that what extra benefits would leaving Euro zone give to the Greek people?

The unemployment rate in Greece is high and there are more and more companies going out of business, however being a part of Euro zone the Greek have the right to leave their countries and find employment opportunities in any other EU country which is a plus for the Greek.

According to the 2014 Q4 Eurobarometer poll 63% of the Greek respondents preferred to stay in Euro zone.

Hence we believe that the risk of Grexit is not significant enough to and leaving Euro zone would not be in Syriza’s favor neither.

3- What to expect from Mario Draghi…

As the ECB got the green light from the European court of justice to proceed with its bond buying program, they proceeded with above expected QE program with 60 bln Euro per month which was structured by taking the Greek concerns into account. However, this Sunday’s election results will help us to define whether this plan was a success or not.

One smart move by the ECB for the QE program was that junk-rated sovereign bonds will be bought only if the country concerned is abiding by the terms of a Euro-zone bail-out programme.

As Mario Draghi commented on last Thursday’s press conference “we will buy government debt up to the percentage that will allow a proper market price formation. Therefore, we have two limits. The first one is an issuer limit, which is 33%, and another one is an issue limit, which is 25%. In other words, we won’t buy more than 25% of each issue, and not more than 33% of each issuer’s debt. The 25% limit, by the way, is the one foreseen in order not to be a blocking minority in the collective action clause assemblies, basically, bond holders’ assemblies, and it’s the basis for us to be able to say, there is going to be pari passu.”

He also added later on that “We don't have any special rule for Greece. We have basically rules that apply to everybody. There are obviously some conditions before we can buy Greek bonds. As you know, there is a waiver that has to remain in place, has to be a program. And then there is this 33% issuer limit, which means that, if all the other conditions are in place, we could buy bonds in, I believe, July, because by then there will be some large redemptions of SMP bonds and therefore we would be within the limit.”

Hence, we can assume that, the ECB and Mario Draghi will be following the Greek elections this Sunday as they are curious to see the reaction from the Greek.

4- What to expect from financial markets…

Hence we could expect the Greek government bonds surging even higher than 8.5%, where they are/were as of Friday the 23rd of January, while we could expect the Greek stock market to plunge down. We have already seen how the Greek stock market reacted to these news in the past. Furthermore, the Forex market will get its share as well. EURUSD traded as low as 1.11 on Friday after the QE announcement, there is no reason for us to believe that EURUSD cannot drop even further.

AtoZ Forex surveyed 10 leading fundamental analysts for their opinion where the pair would end up in the next 6 months. Here are the results:

- Two analysts said they see the common European currency dropping as low as 1.00

- Only one of them believed that EURUSD is likely to penetrate below 1.00 level as it did back in 2000

5- What to do when the market opens…

When the market opens on Sunday evening most likely we will see uncertainty in the market hence most likely the Euro pairs including EURUSD, EURJPY, EURCHF and all the others will open with a significant Gap from Friday.

Depending on the election results and announcements this Gap could push EURUSD below the previous week’s low of 1.11. Hence we recommend applying strict risk management and following the trend direction.

One thing is clear though that; Europe technically is better prepared now to any possible euro zone exit than they were before. All the banks also have done their stress testings to make sure that there is no surprise ahead. 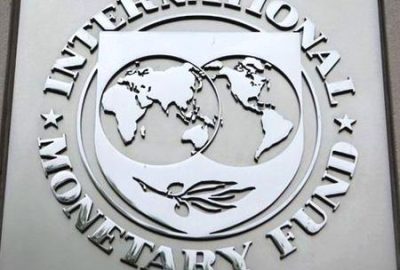 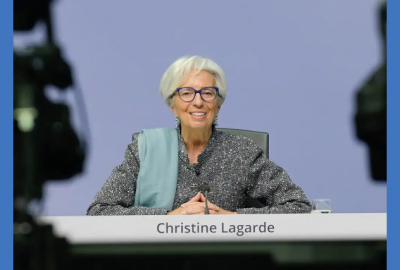