The UK election comes in few days time. Price stays between 1.3057 and 1.2745. We look at the technical possibilities ahead of the elections based on 5 June GBP USD Elliott wave analysis.

05 June, AtoZForex – In the last update on GBPUSD, we looked at price climbing higher after a dip. This is expected to come before a large crash. Price is still labelled to be making a long term bullish correction (4th wave). There is a high likelihood the the Cable will crash to par with the USD at the end of the impulse wave completing it. This is the long term view. From the short term perspective, a dip before a rally was very likely as we focused on the last impulsive leg. let’s review the last update. The chart below was used. 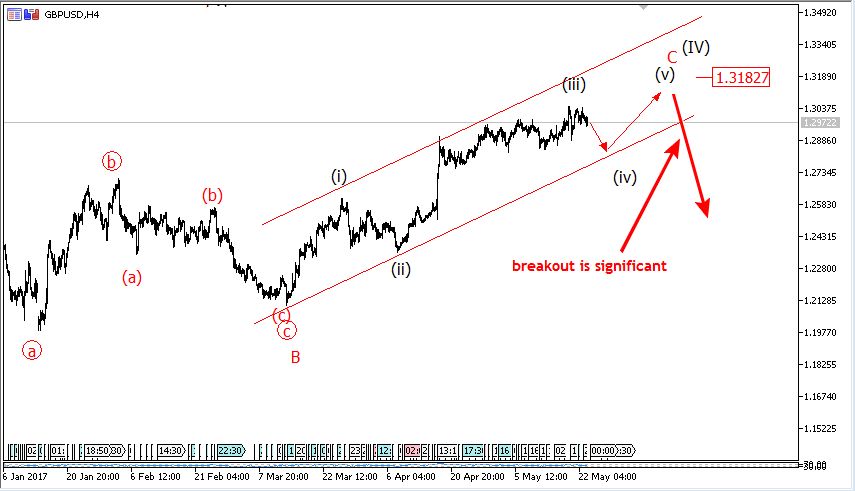 Price is at the verge of completing an impulsive wave C of (IV). 1.3182 and its neighborhood has been projected to the impulse wave to complete. A significant break below the channel could lead to price falling for 1000 Pips or more.

Price mad a strong intraday dip to complete the sub-wave (iv) at 1.2745. It now seems that the rally will resume unless strong break below 1.2745 is seen. 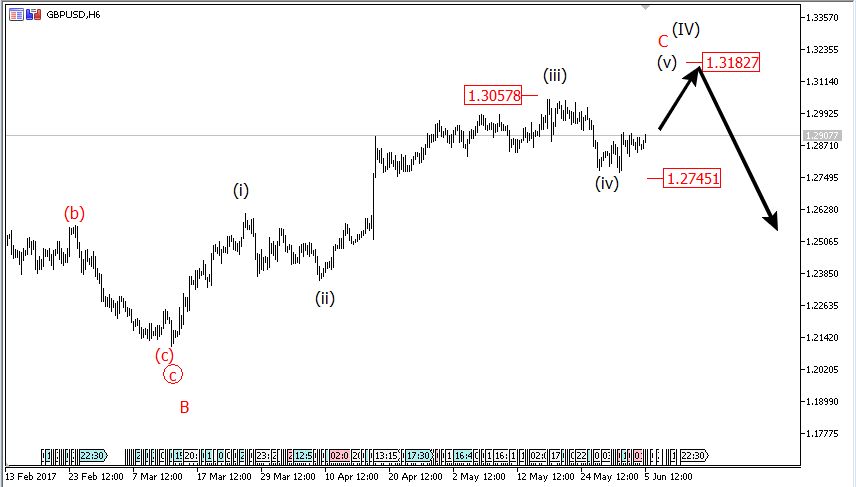