AUDNZD broke out upside after completing a deep correction downside. There is a high likelihood of a strong bullish move for more than 1000 Pips. The following gives more information based on 5 June AUD NZD Elliott wave analysis.

05 June, AtoZForex- In the last update, we discussed about a strong bullish possibility. Price was moving downside within a channel. A significant would be enough to consider a bullish position. We also noted that, despite we expected a rally soon, price could still continue downside as it had one more leg to complete. This kind of structure has been seen many times on price charts. We discussed some of them on this platform and you will agree that when they play out, they are very rewarding in terms of R/R. The one presently seen on AUDNZD could be one of the most rewarding ones, talk of 1:5 or more. Let's review the last update as we have always done. 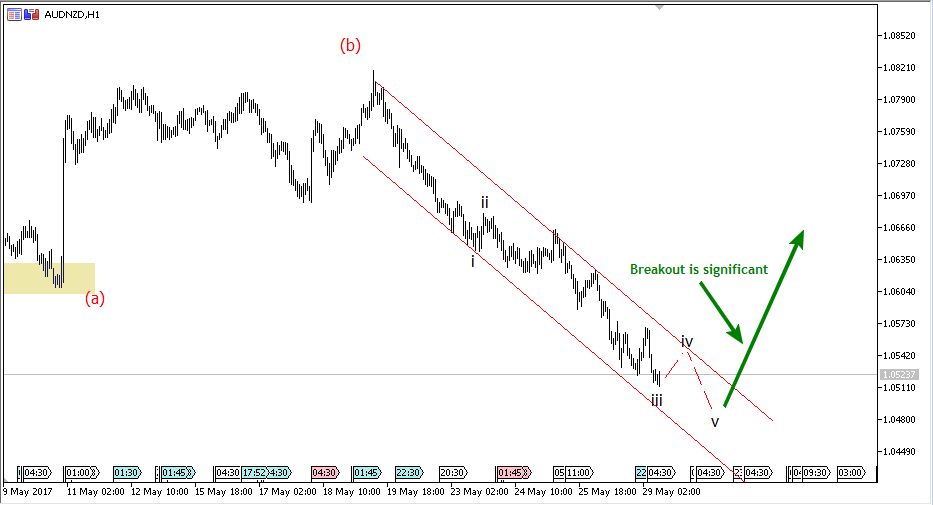 Price made a deeper correction as we though but there was no break below 1.03 yet. It's at this point we consider this outlook invalid. Don't forget how we waited for Gold bullish setup, USDJPY bearish setup, EURJPY bullish setup and many others we discussed on this platform. It now looks like the setup has completed the last leg. The chart below shows the breakout. 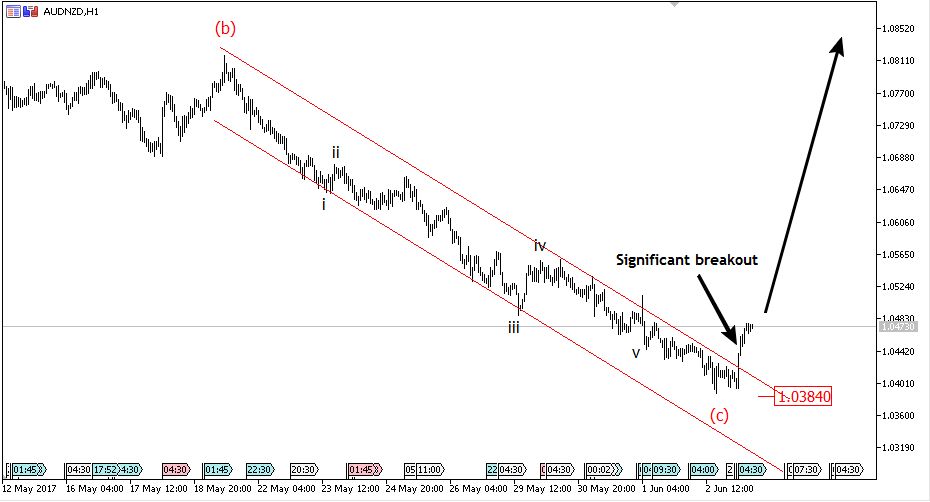 There is now a significant breakout. Price committing to us. With a proper risk, this is worth taking for a huge R/R bullish move above 1.1. It took more time than expected and waiting could be boring sometimes. Perhaps to be a successful trader, one needs to cope with boredom. More updates will come later.