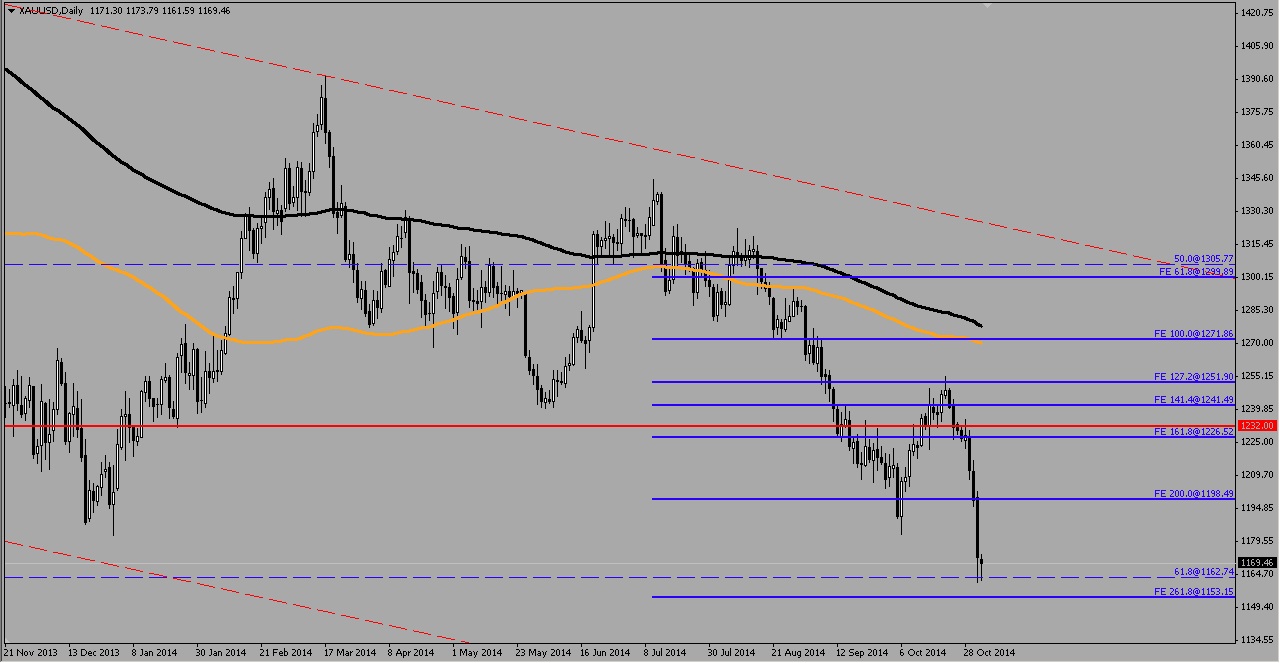 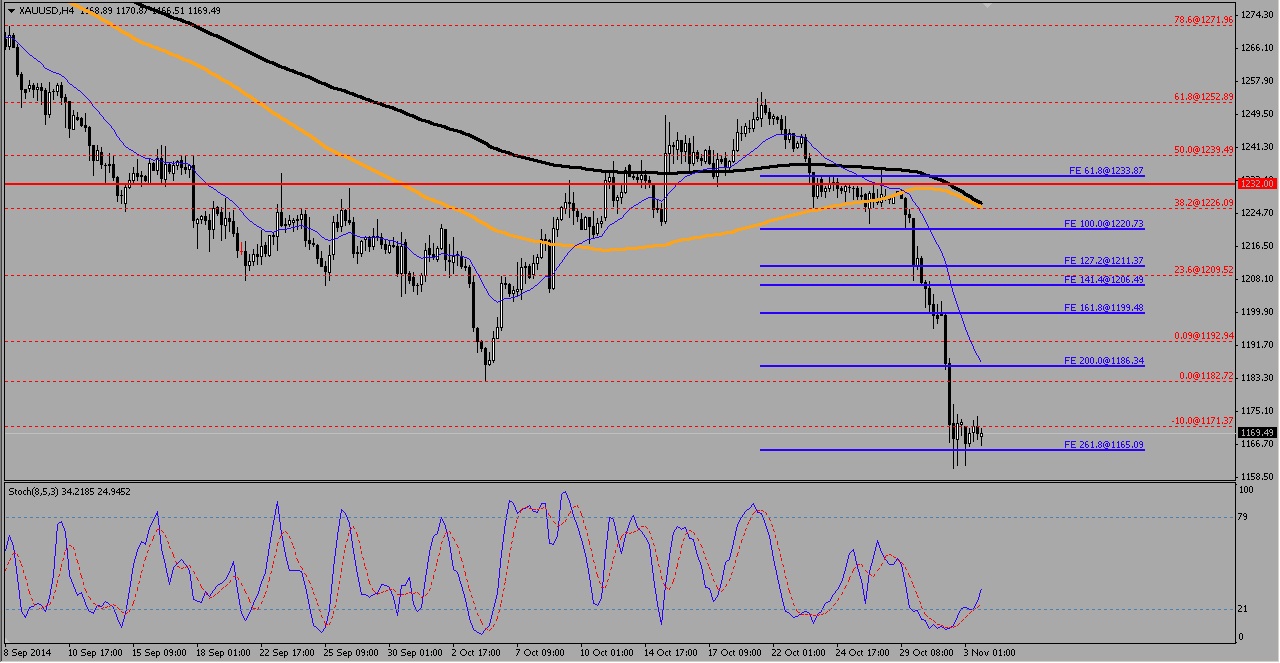 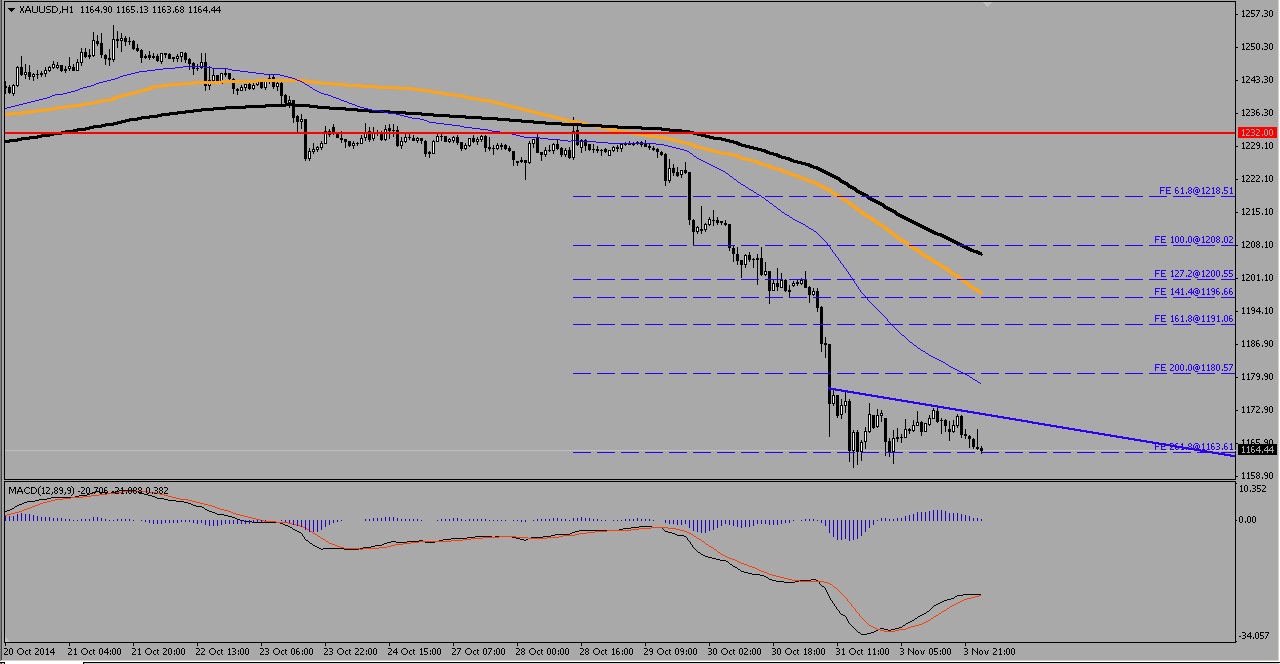 Gold continues on the lower high after the bearish continuation of last week’s fall, likely to see support again at 1163-1160

Manufacturing data in the U.S yesterday added to evidence that the world’s largest economy can sustain a cut in monetary stimulus. The just concluded QE has raised questions over the ability of the economy to cope with wage issues not resolved, and the Institute for Supply Management factory index rose to 59 in October, matching August as the highest since March 2011. Readings above 50 indicate expansion, and may give a temporarily reassurance for investors looking to bide their time with the U.S.

The QE’s end if fueling speculation that the Fed will raise benchmark interest rates next year, pulling demand for Gold along with it. While Japan and Europe are deploying various measures of stimulus, it is very clear that the Fed is the central bank that is relatively hawkish, justifying the dollar strength we are seeing across the board.