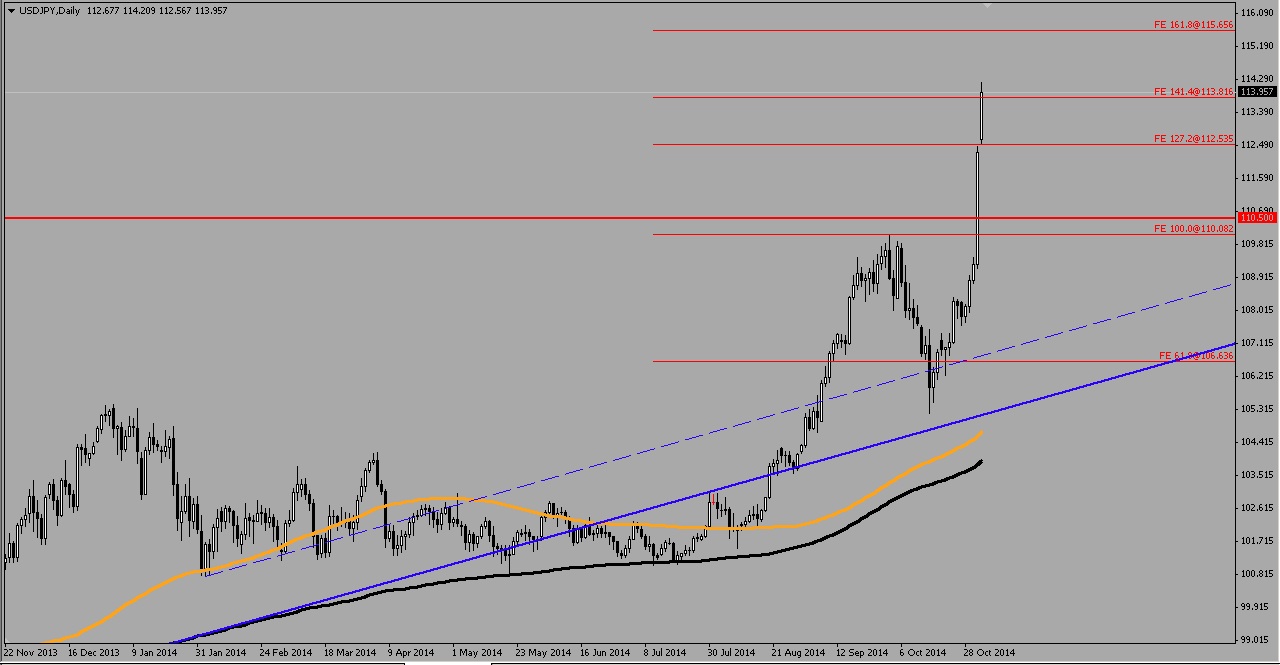 With nothing to boost the Yen and nothing to derail to the U.S dollar, USD/JPY resumes rally towards 114, last seen in 2007 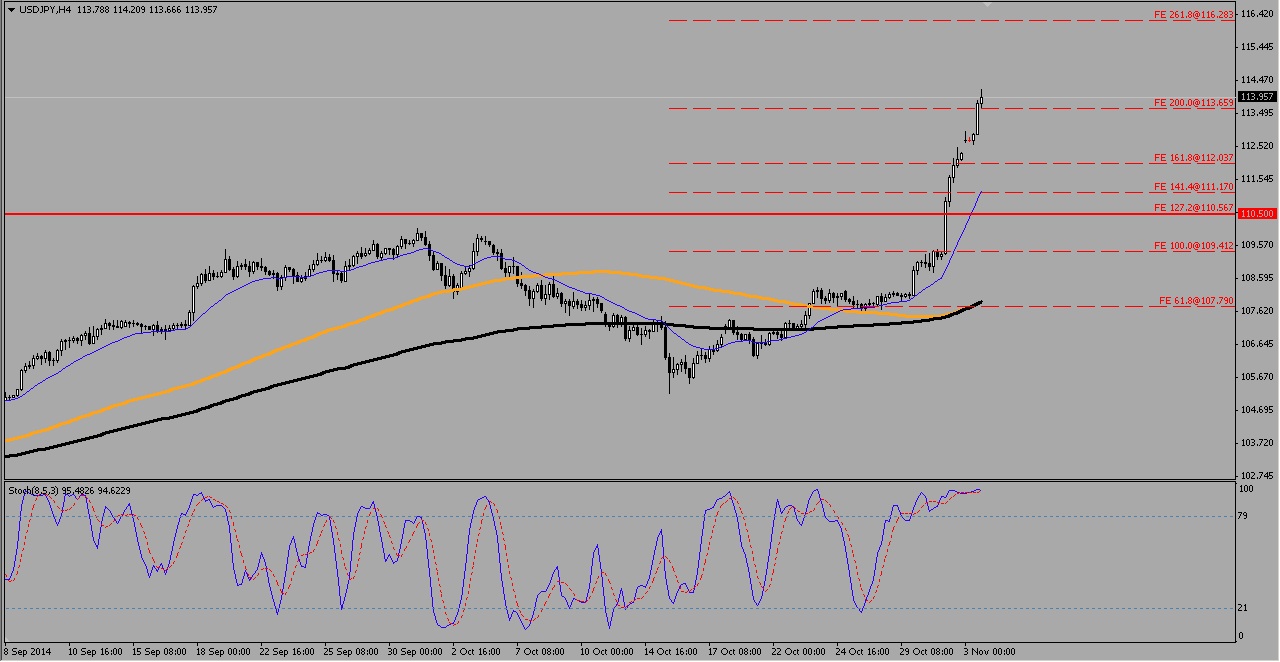 A break above 161.8% of the Fibonacci uptrend Expansion at 113.66 price level leads to next exhaustion possibility at 116.2 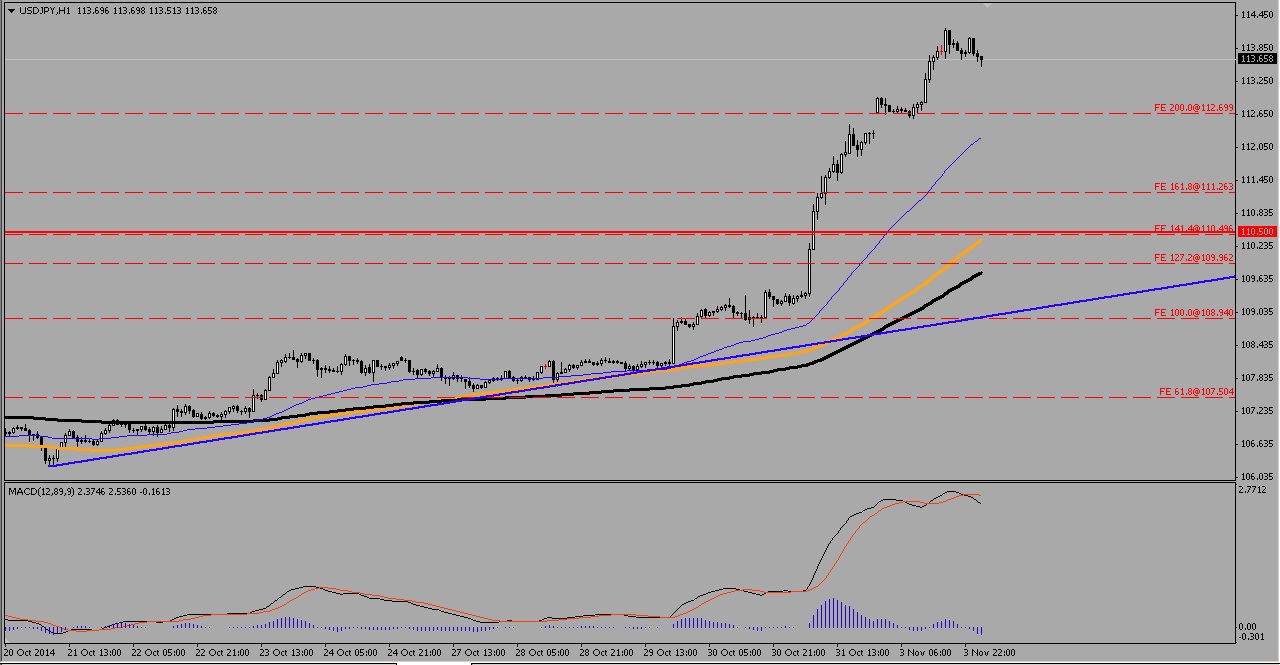 The impact of the Bank of Japan’s additional stimulus has not been priced in by the markets as it continued to surge past 114. The BOJ said on Oct. 31 that it will increase the target of annual purchases of Japanese government bonds to 80 trillion yen, while also tripling buying of REITS. On the same day, the Government Pension Investment Fund set allocation targets of 25 percent each for Japanese and overseas equities, up from 12 percent each. The pension fund will reduce domestic bonds from 60 percent to 35 percent of assets.

The end of the QE for the Fed was met with optimism as $3.96 trillion of bonds acquired then and more than quadrupled assets from less than $1 trillion since the stimulus measures were first announced. Manufacturing growth in the U.S also sustained views of the strongest dollar in 7 years against the Yen as U.S stocks fell on falling oil prices. We have the U.S trade balance figures later today and the unemployment data later this week that are expected to send USD/JPY higher.