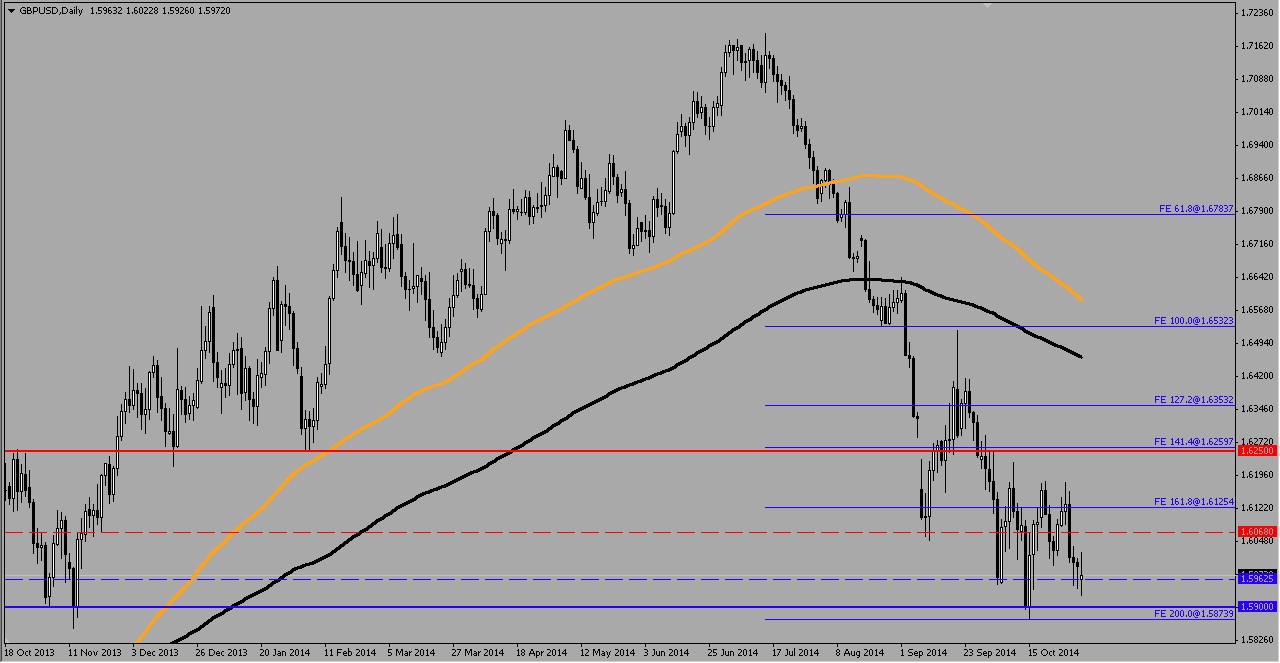 Barely trading towards 1.603 after the more than expected growth in PMI, Cable fell back below 1.6000 levels as the trading day comes to a close 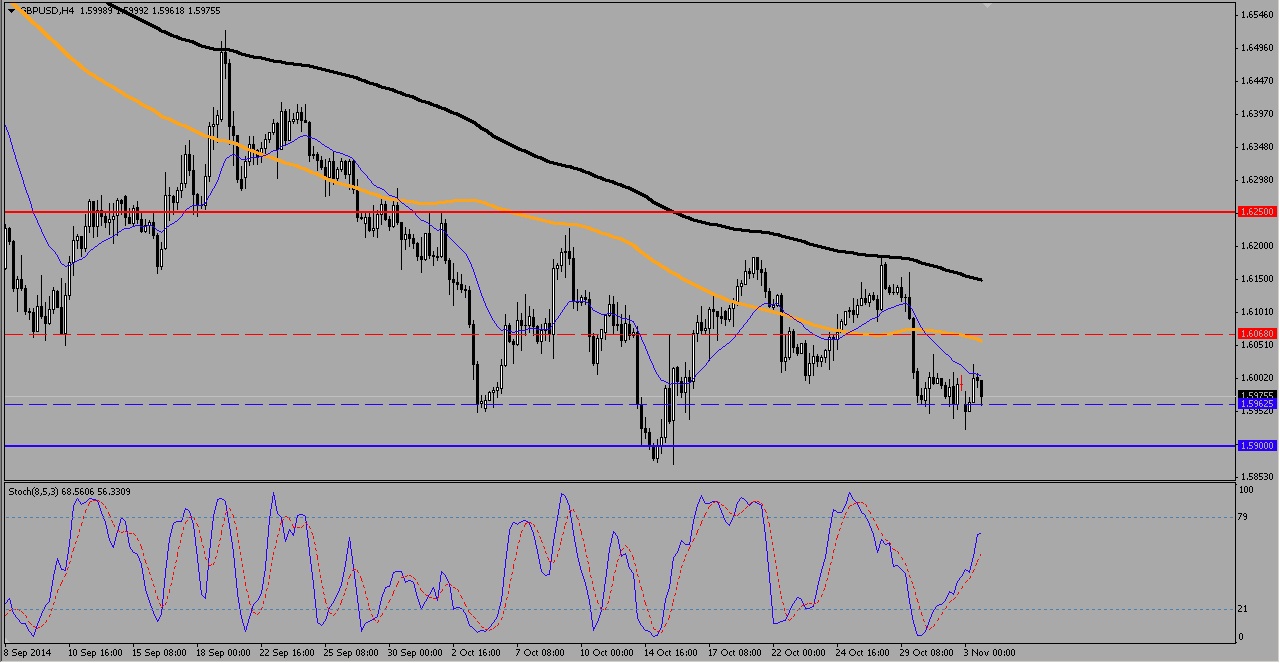 Moving averages act as resistance as 1.5962 support is tested once more 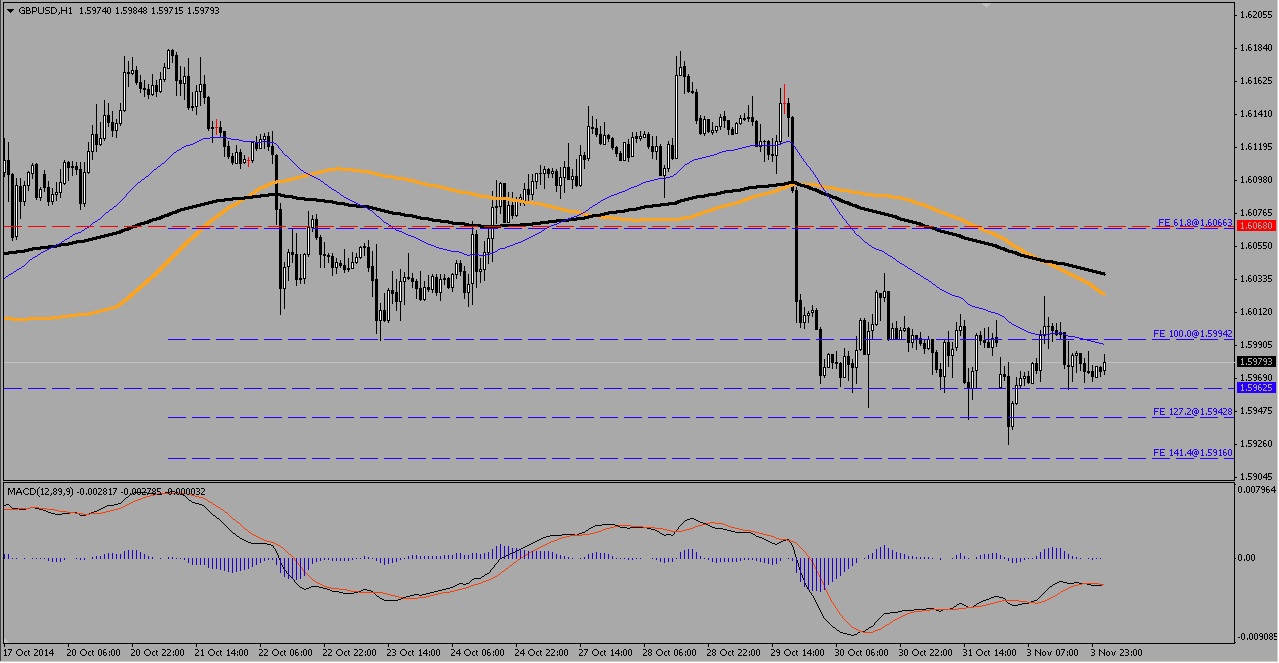 The British Pound strengthened after the country’s manufacturing PMI expanded to its highest level since July. The manufacturing PMI rose to 53.2 in October from 51.5 in September, above expectations for a reading of 51.4. GBP/USD rebounded off the low of 1.593 before touching psychological price level 1.6000 briefly, but lost its gains with the moving average acting as a resistance falling towards 1.596 support level.

U.K Construction PMI later today is expected to fall from the previous month’s readings and a break below of 1.5900 favours sellers, with a clear break below October’s low of 1.5874 a definitive sign of lower lows for Pound bears. The U.S trade balance is expected to slightly rebound from last month’s -40.1billion figures and could drive Pound lower.