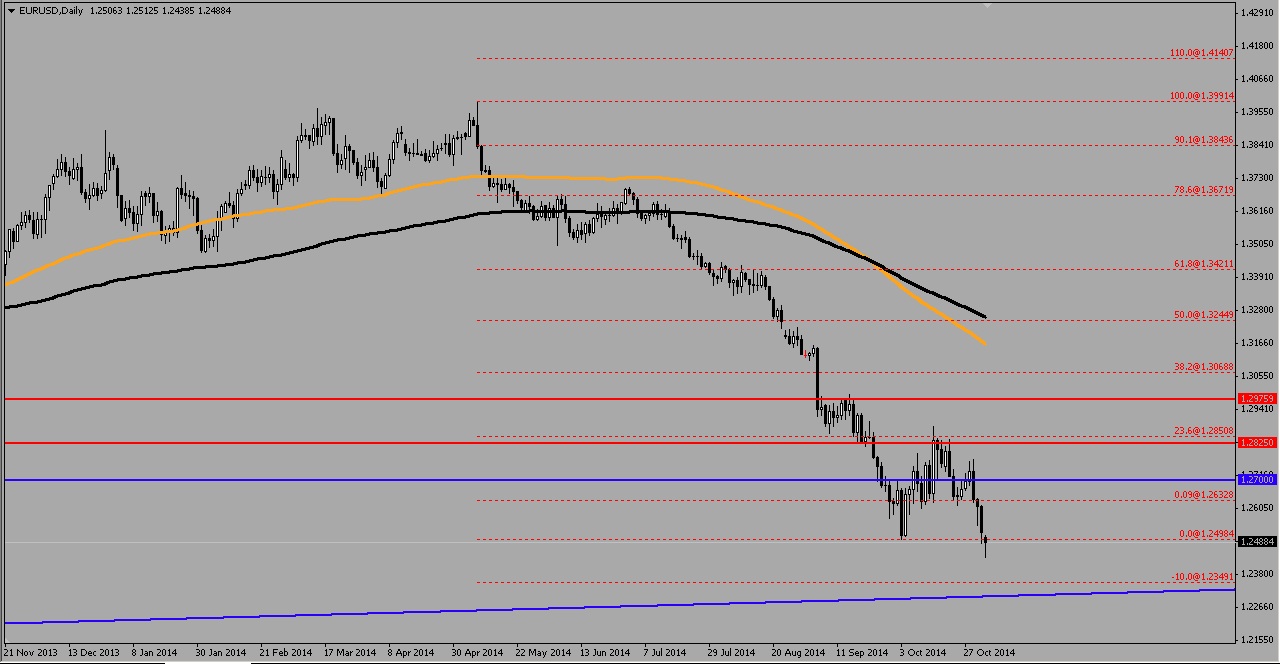 A general downtrend looks to continue as a lower low is formed below 1.2500 psychological support price level 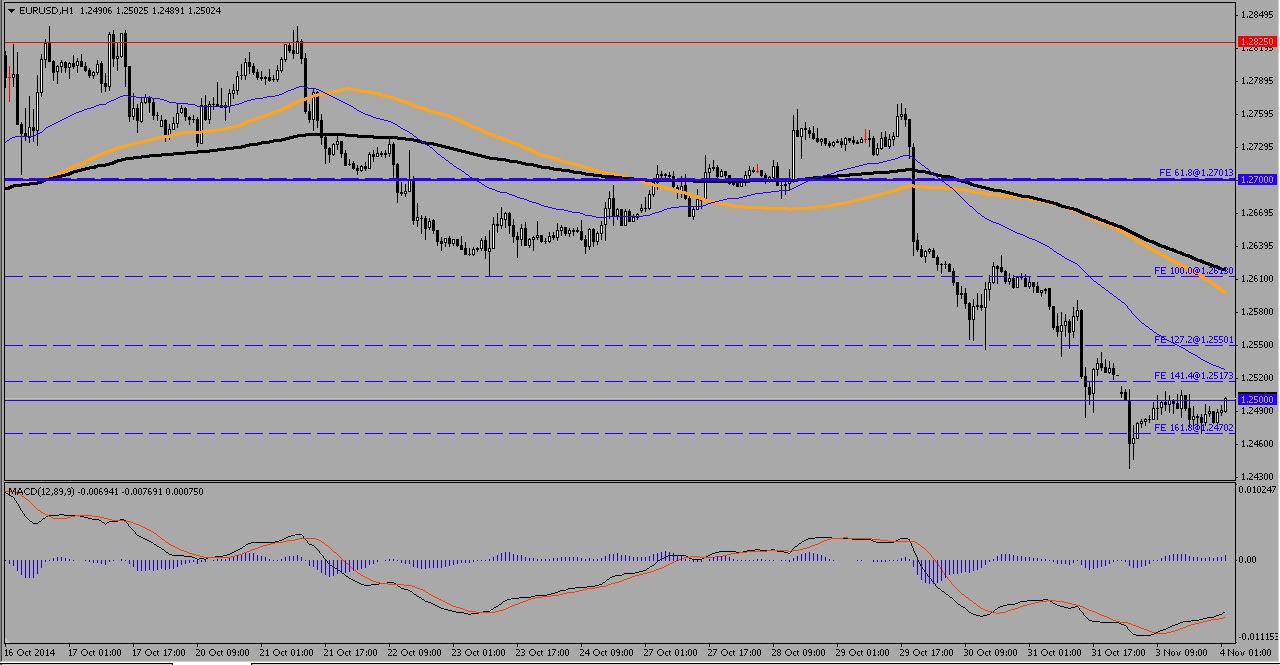 EUR/USD tests support at 1.247 as the downtrend looks to subside at 161.8% of the Fibonacci downtrend Expansion

The Euro was slightly higher against the greenback after attaining 1.244, despite the slight drop in revision of the Eurozone’s final manufacturing PMI for October. PMI was revised down to 50.6 from the initial estimate of 50.7, below expectations but still higher than the September reading. ISM manufacturing PMI out of the U.S released later in the day gave a 59 reading, faring better than the estimated 56.5 to give a bearish near-term direction of EUR/USD. Nevertheless, the bounce off the day’s high at 1.2510 confirmed a forthcoming lower low on the Daily charts, which probably hints at the continuation of the longer-term downtrend on the back of a stronger USD towards 1.235.

Economic Forecasts for the Eurozone and PPI month on month change are expected later today during the European session, with Spanish Unemployment Rate data released first.

Tags ABS asset backed securities broad based asset purchases Dollar Draghi ECB Euro European Central Bank EURUSD EURUSD analysis EURUSD outlook EURUSD projections EURUSD technical analysis Mario Draghi TLTROs USD
Disclaimer: The views and opinions expressed in this article are solely those of the author and do not reflect the official policy or position of AtoZ Markets.com, nor should they be attributed to AtoZMarkets.