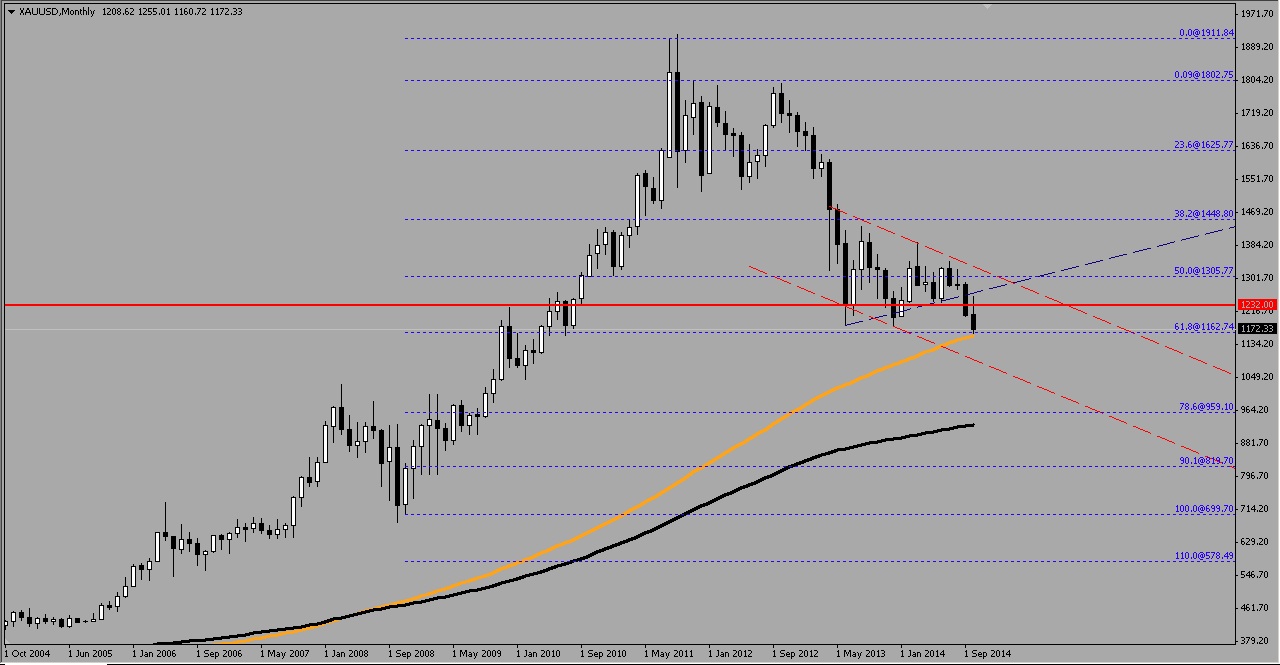 Gold returns to the 61.8% of the uptrend Fibonacci Retracement and coinicides with the 104 SMA 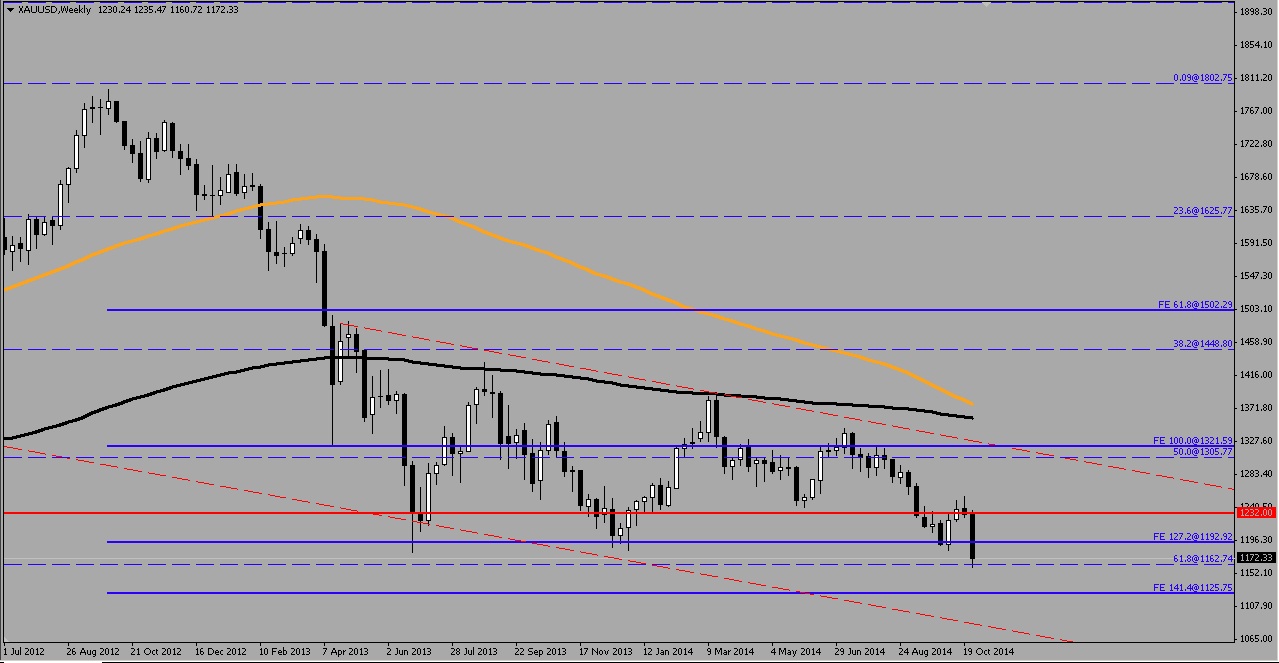 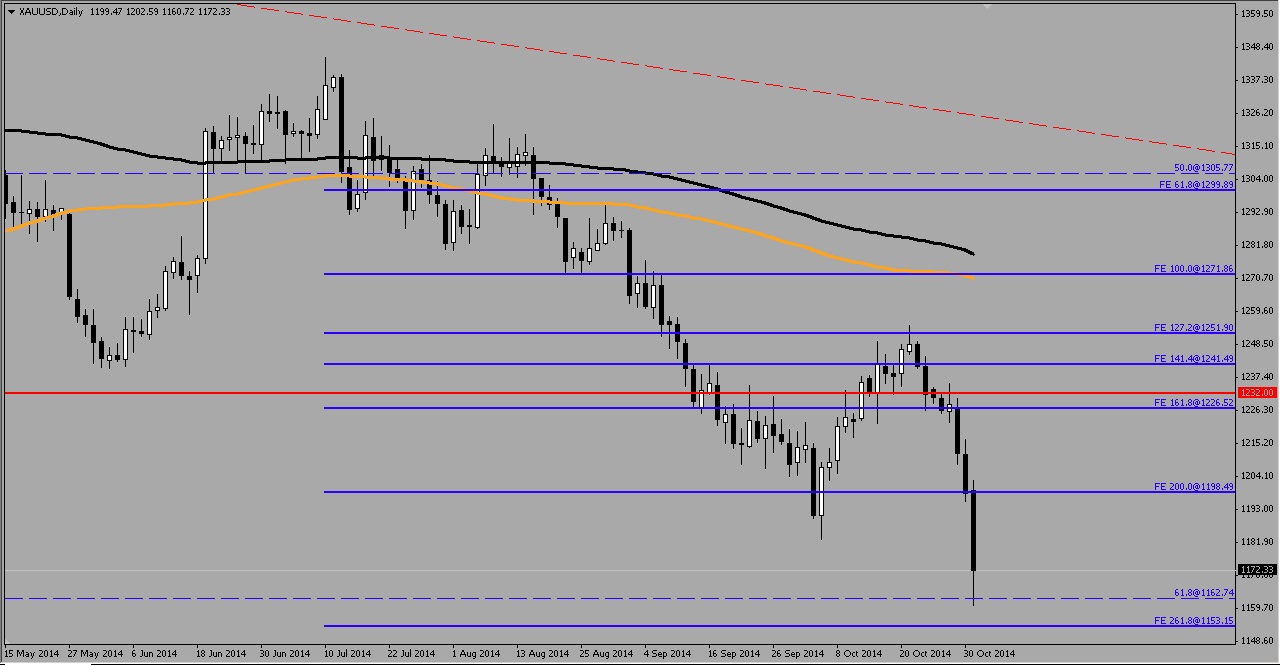 Friday saw the price of gold rebound towards the closing time of the markets as 1162.74 support saw profit taking before the weekend. 1153 will be in sight once market trades below previous low. 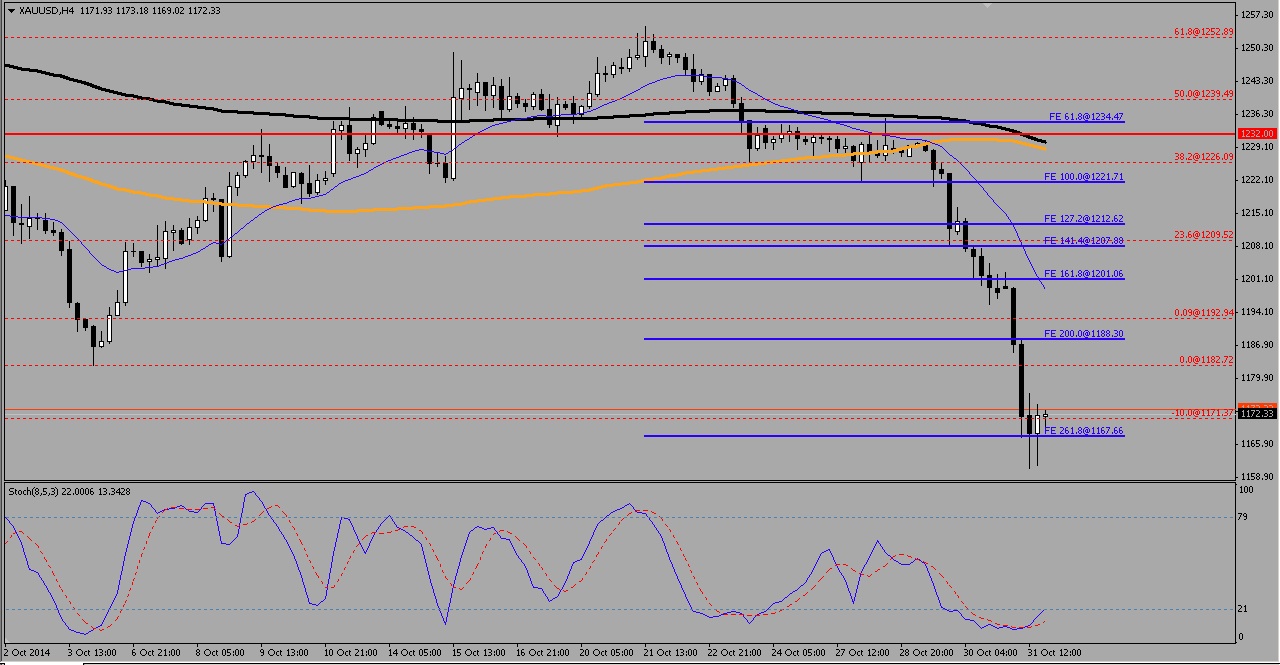 1171 on the previous downtrend happens to the be the -10.0% of the Fibonacci downtrend retracement level, and exhaustion nears this zone favours a pullback which many short term traders may enter for a buy as bears retreat.

Gold prices fell US$60 per ounce as the end of the Fed’s QE brought optimism of the dollar higher, sending price of Gold towards 1160 not seen since 2010. Despite the lack of a timeline and target rate increase the dollar rose across the broad as the highest gainer in strength even surpassing the Pound Sterling. As the only country that has cut back (and ended) asset pruchases, the divergence of economic policies is in stark contrast as from how Japan and Euro are changing their approach to stave off deflation.

An exhaustion at current market price could attract short term traders and scalpers to scoop up on cheap gold in view of a rebound. The downtrend channel still supports the view of gold prices falling lower but for the mid to long term at least, especially if 1200 acts as a resistance.