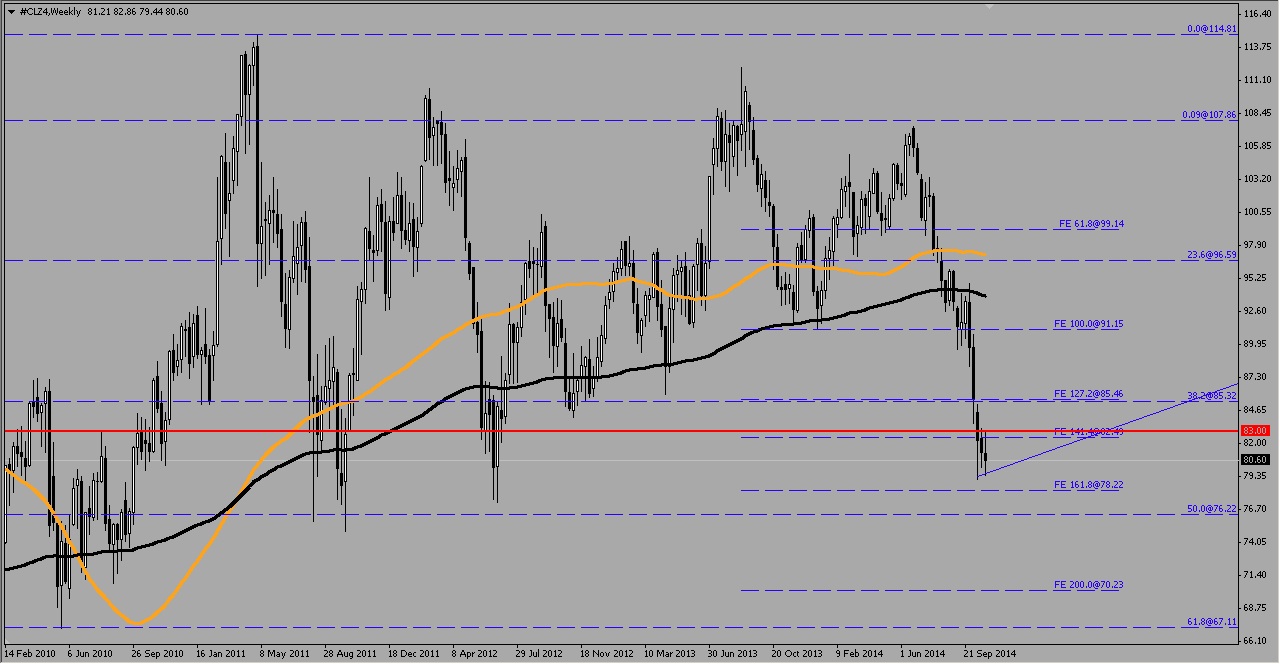 Light Crude Oil rebounds to end the week above $80 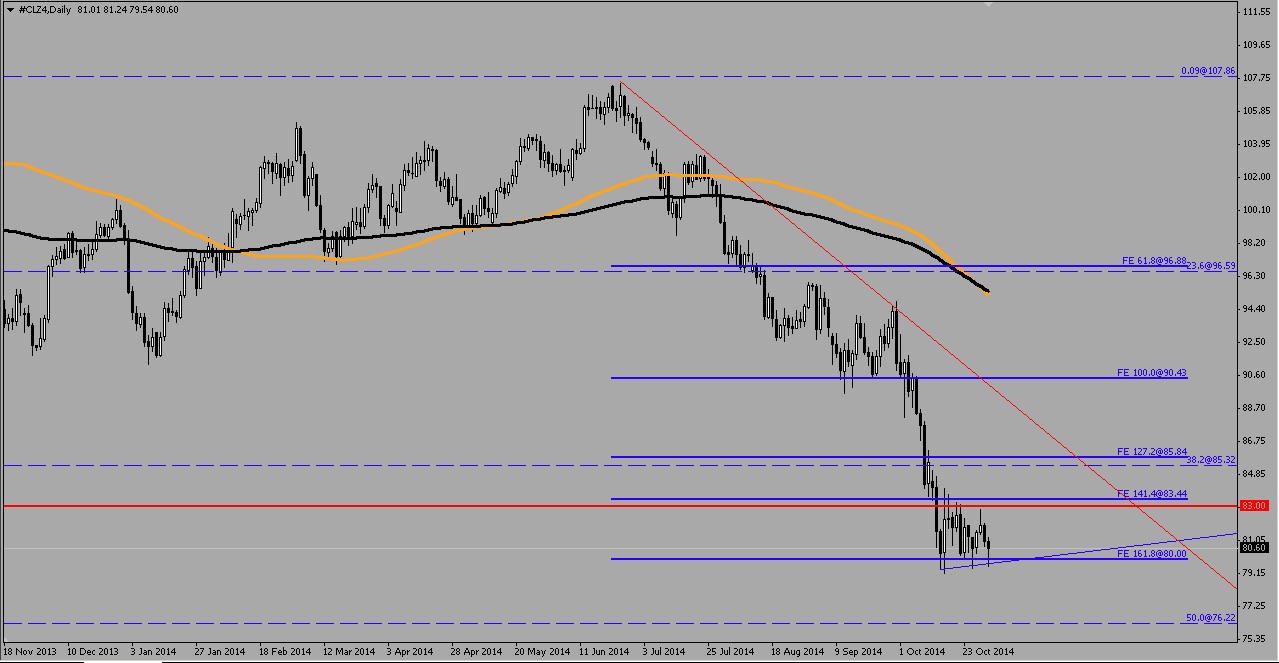 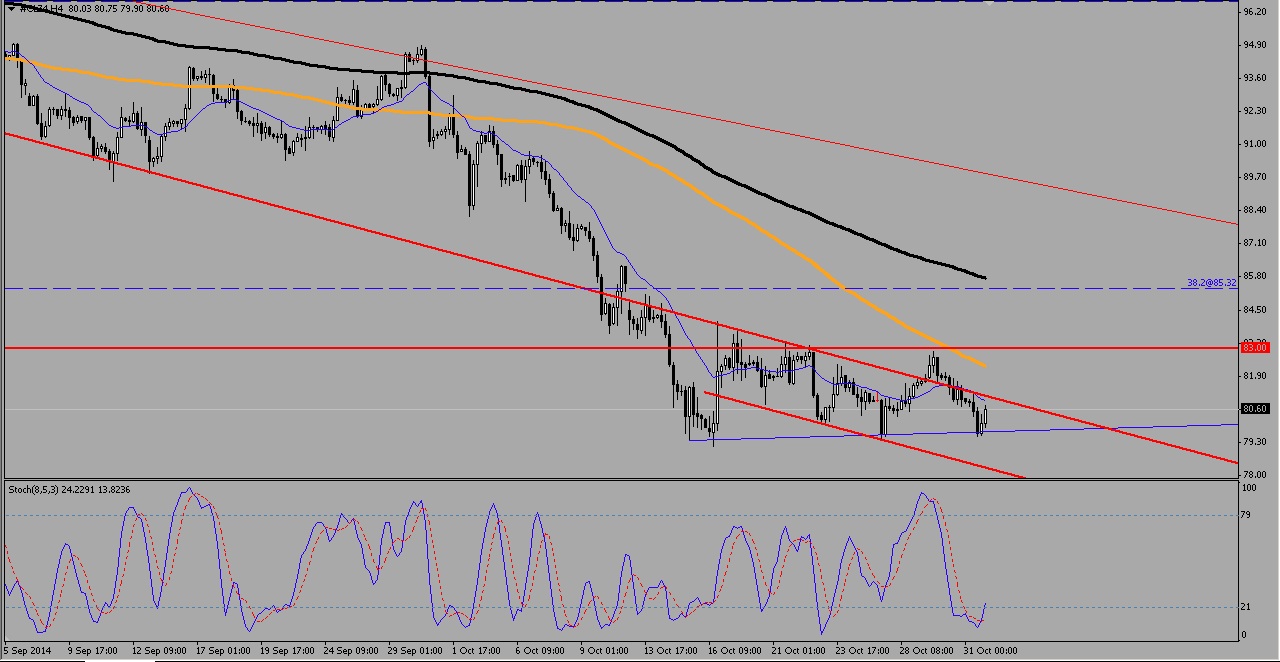 Oversold signals on the Stochastics Oscillator coupled with the 3 times test of the support at 79.6 could give rise to a retracement higher before falling again.

Growth in China’s factories fell to a five-month low in October, missing expectations for an expansion as manufacturers battled cooling order growth and rising costs in the slowing economy. The National Bureau of Statistics said on Saturday the Purchasing Managers’ Index (PMI) fell to 50.8 in October from September’s 51.1, surpassing the 50-point level still separates growth from contraction on a monthly basis.

Leading exporters and producers of oil are still battling with an equilibrium to sell oil while keeping overheads covered. Saudi Arabia is not expecting to maintain concessions to Asia for the long term despite their offers at the current moment. U.S and Russia have not cut down on production so long as the operations are profitable.