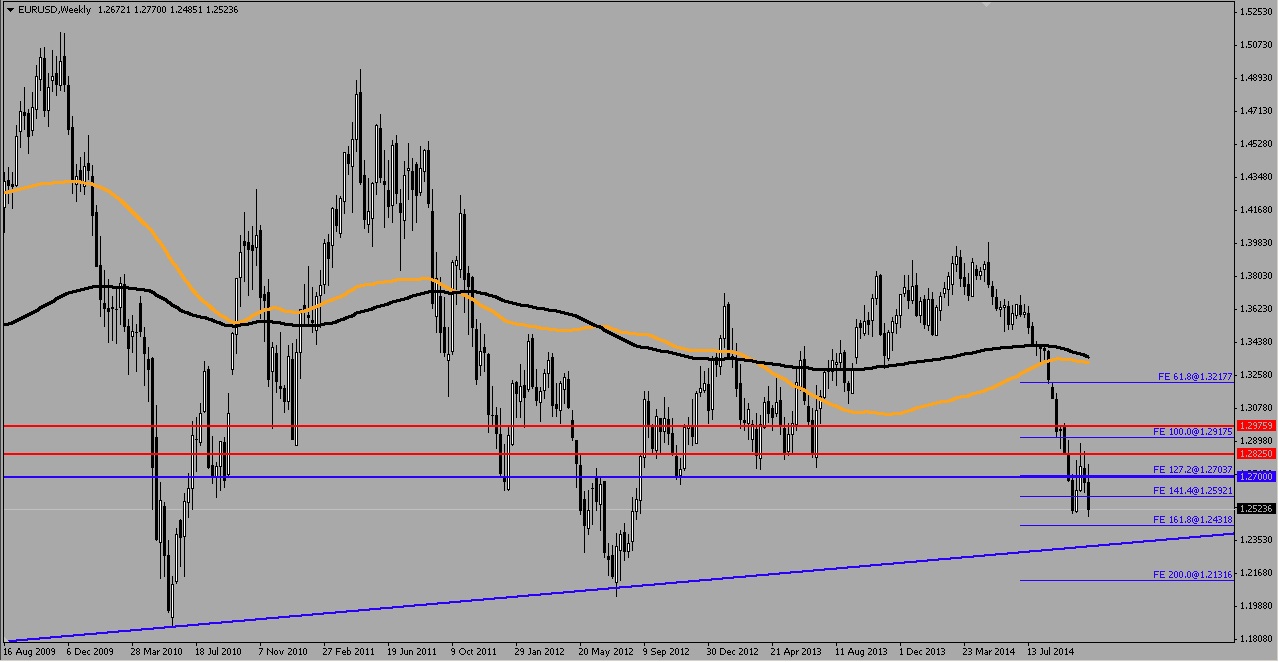 Supporting trendline is seen on the monthly charts as Weekly chart analysis shows next support at 1.243 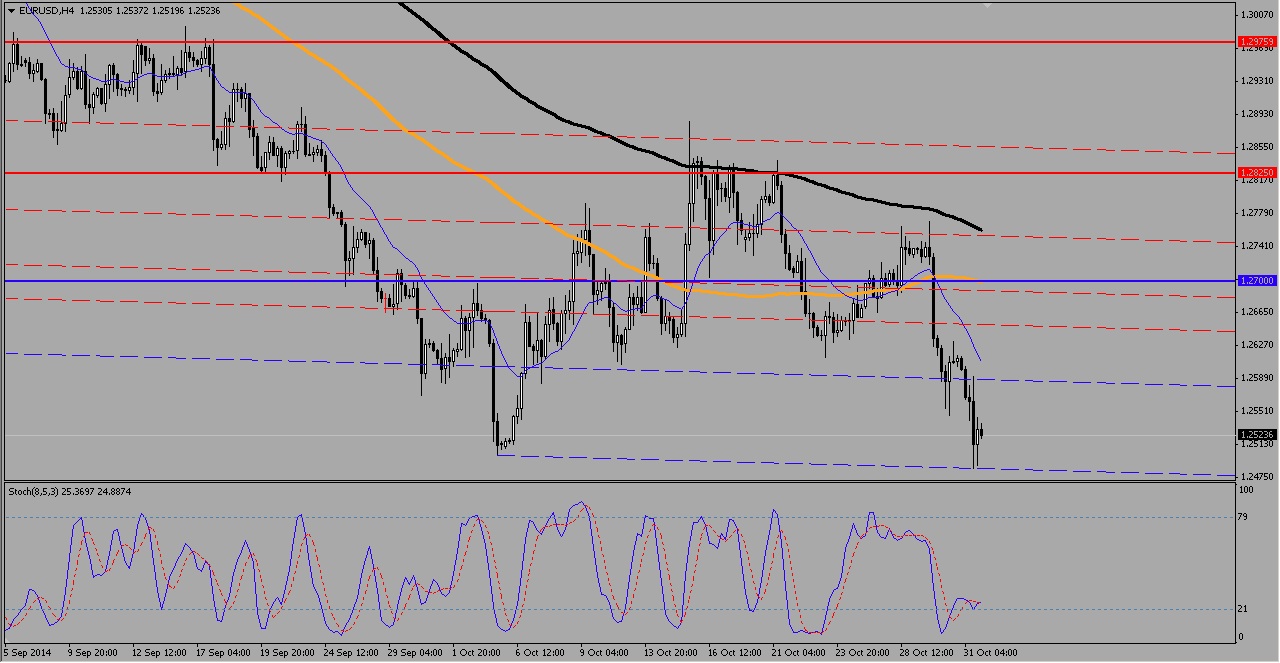 Europe starts November with the Spanish, Italian and Final Manufacturing PMI data during the European morning, with the U.S announcing its ISM Manufacturing PMI later in the day. A supporting trendline is in sight for the Euro on the Monthly charts against the dollar as the 200 monthly EMA has been broken. Weekly chart analysis shows next support at 1.243 as EUR/USD trades towards the low of September 2012, should current support of psychological price 1.2500 be breached.

A gradual downward slope of prices has formed as lower lows and lower highs look to continue sideways so long as no major data shifts the Euro below 1.2500. A retracement to 1.264-1.2700 will be optimal for re-entry into the bearish trend to hold for the swing, while an intraday entry can be see on the buy should 1.2600 be broken higher. We see the black 200 EMA on the H4 charts above the current market price and dipping lower, while the blue 20 EMA has crossover the orange 104 SMA and sloping further downhill.

Tags ABS asset backed securities broad based asset purchases Dollar Draghi ECB Euro European Central Bank EURUSD EURUSD analysis EURUSD outlook EURUSD projections EURUSD technical analysis Mario Draghi TLTROs USD
Disclaimer: The views and opinions expressed in this article are solely those of the author and do not reflect the official policy or position of AtoZ Markets.com, nor should they be attributed to AtoZMarkets.