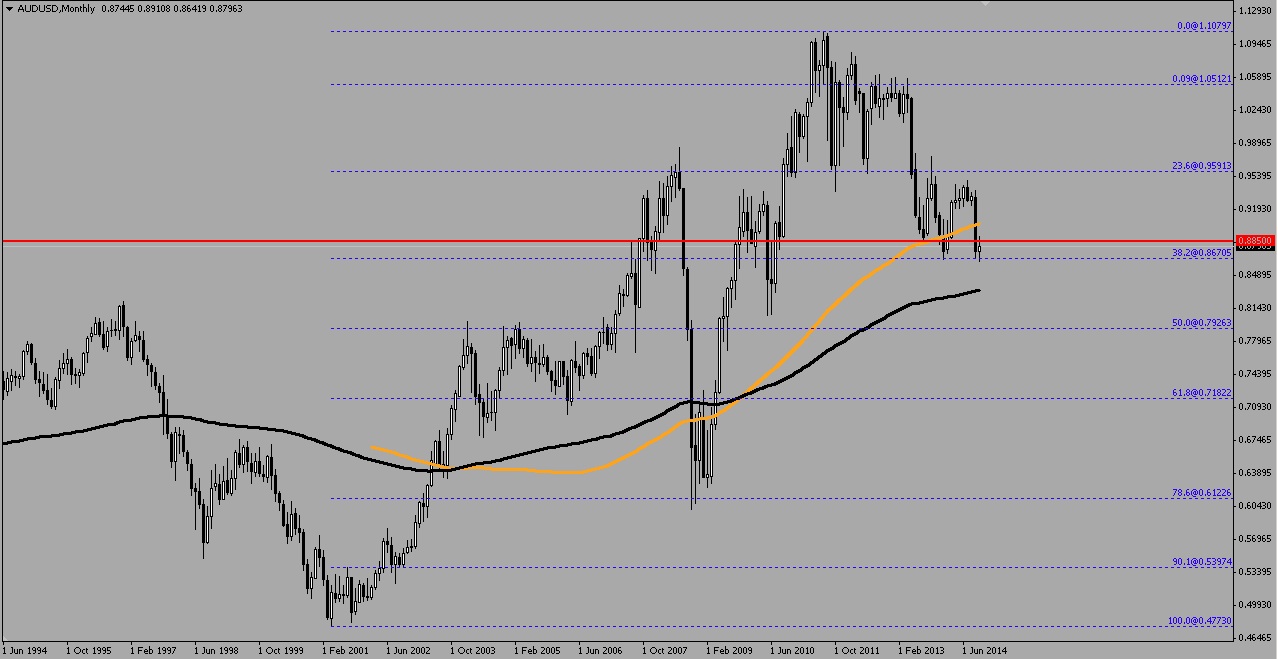 AUD/USD breaks the 104 SMA on the monthly charts but remain supported on the 38.2% of the uptrend retracement Fibonacci level 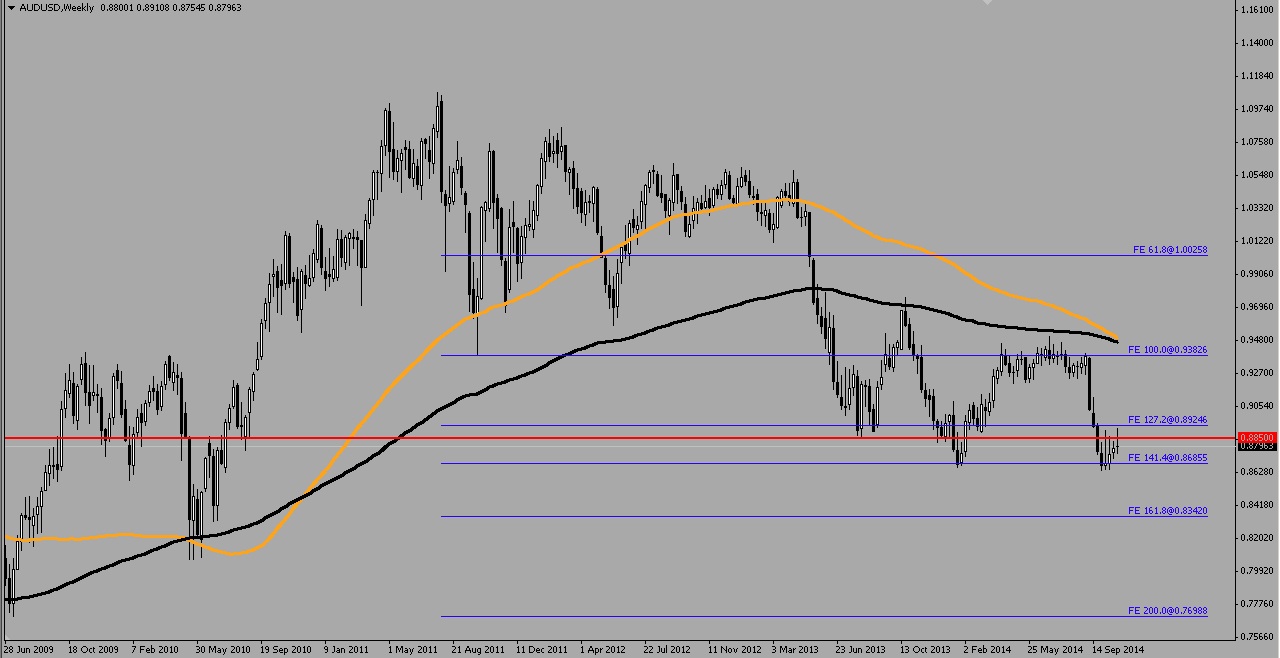 A retest of support at 0.8685 is also the 141.4% of the recent Fibonacci downtrend expansion level 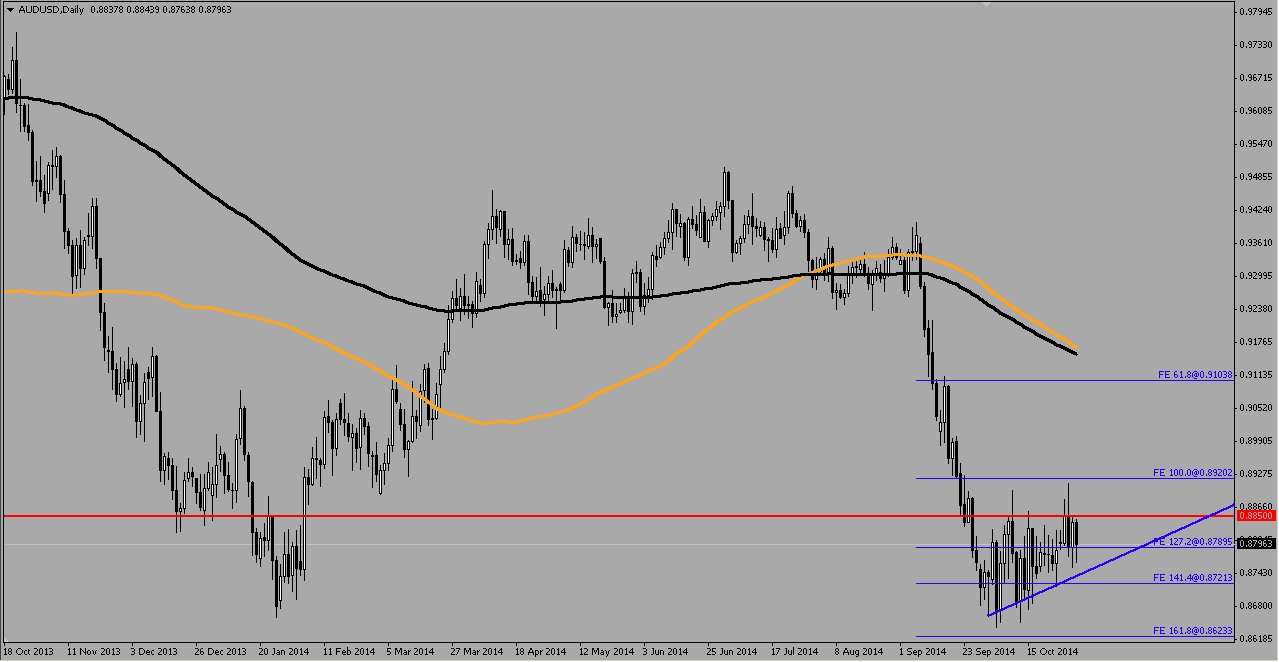 Higher lows are formed as 0.885 resistance remains strong and 0.879 support has re-emerged as the week last trading day closed. 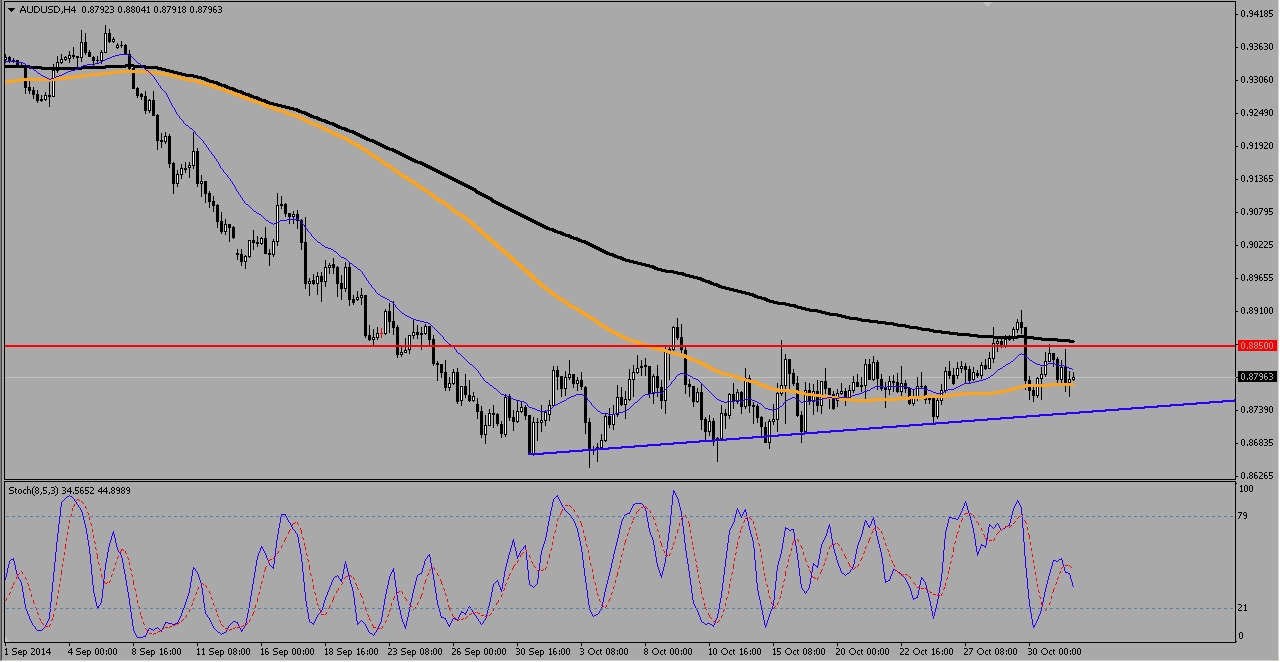 A sideways consolidation is still ranging with a slight hint of an ascending triangle which will not be complete until 0.891 breaks through decisively

The consolidation of AUD/USD highlights the market’s sentiments of keeping a close watch but not taking a big move as the first week of November begins with Building approvals today and trade balance and retail sales month on month change tomorrow, before the Cash Rate announcement and press conference which should shed more light on how the RBA views current economic indicators and exchange rate impacts.

A failure to break above the 200 EMA on the H4 charts, also the resistances at 0.891 and 0.885, reflect the market’s sentiment that a lower Australian dollar is here to stay. A fall below the supporting trendline in blue will see rates of 0.865, the lowest in January and October this year re-attained, and the next support on the weekly charts is 0.834 which was last seen in 2010. Watch this space as we follow up on what the RBA has to say after the rate announcement, which is widely anticipated to have no change, but more weight is given to the press conference.