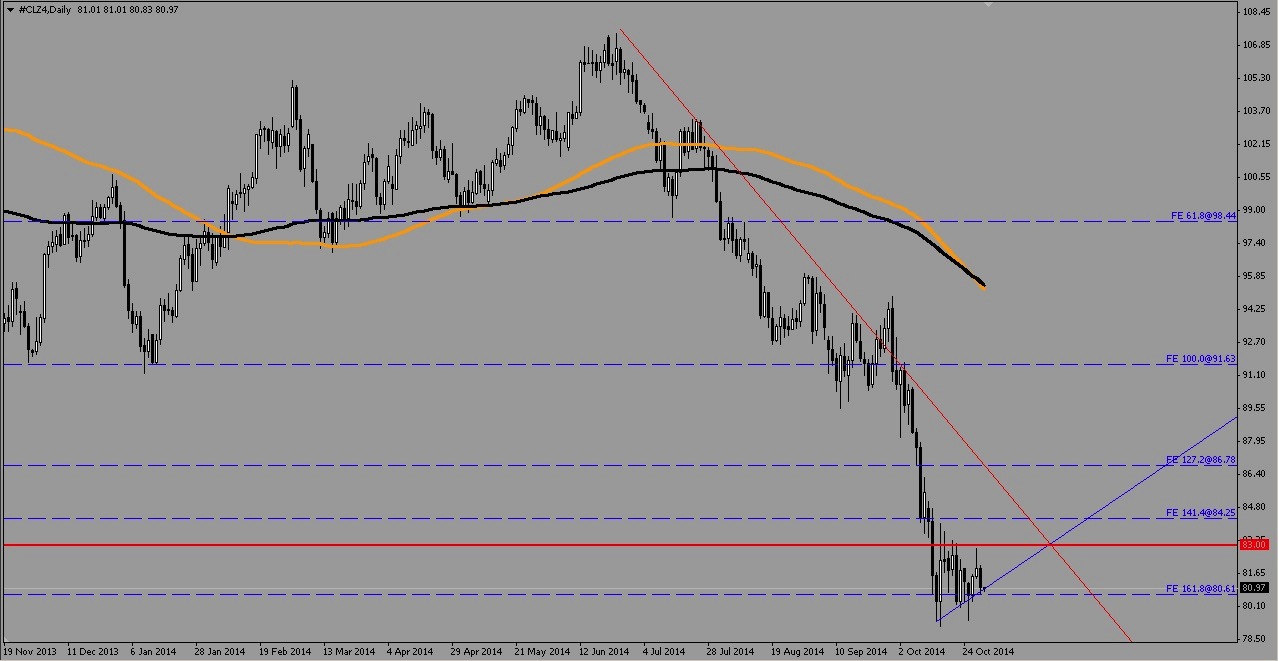 Growth in U.S production and slowdown in demand from Europe and China saw oil prices continue falling as the supporting trendline is tested 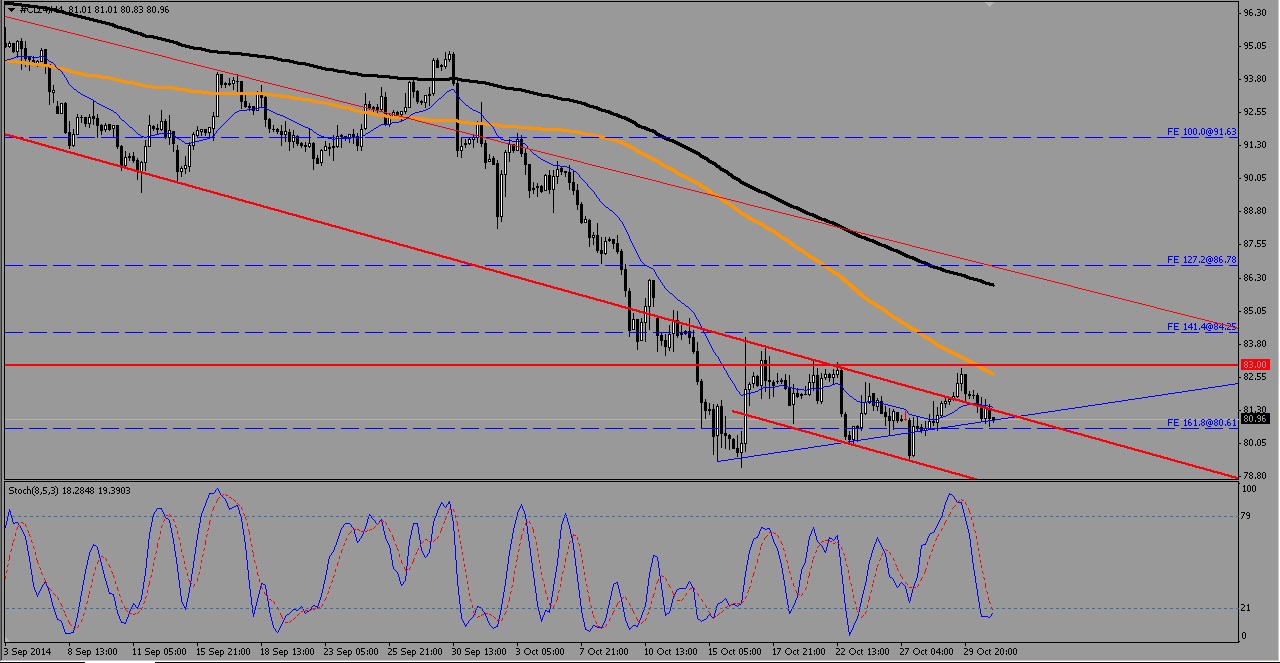 Falling back into the downtrend channel in red we are likely to see sub $80 levels again as the lowest of $78.9 was attained on Oct 15 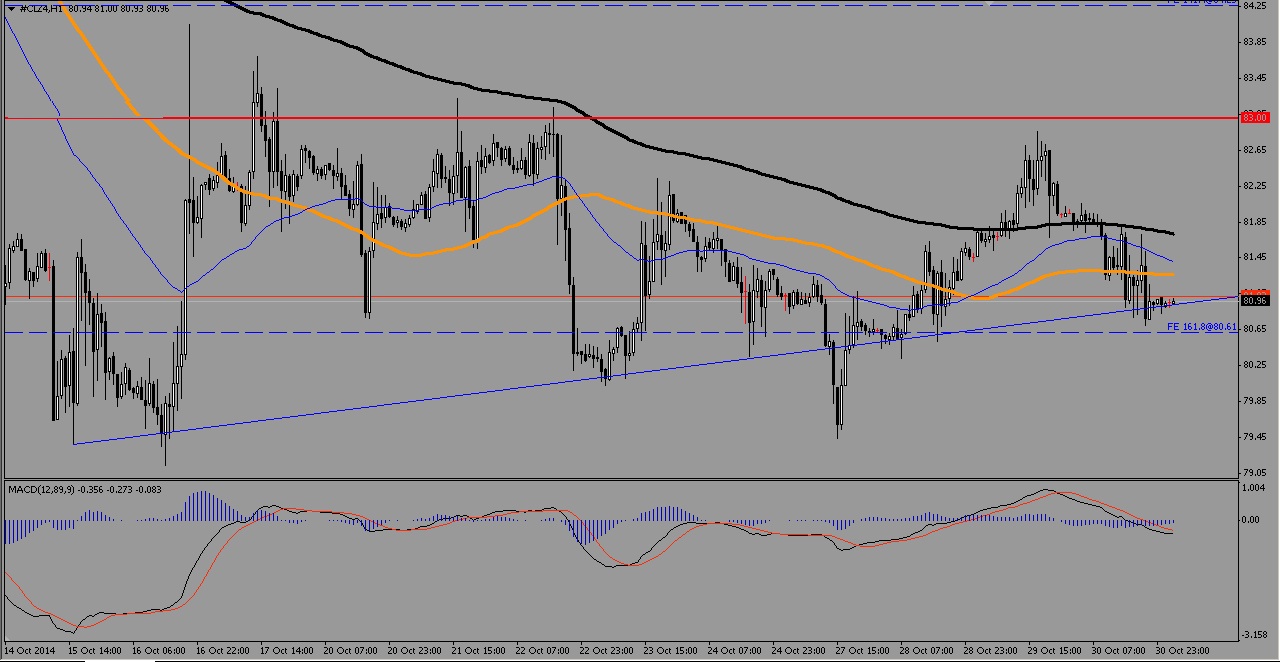 Moving averages are all overhead and dipping lower as the Fibonacci downtrend Expansion level of 161.8% looks to retest and break lower.

After three-and-a-half months of slow decline, Saudi Arabia cut prices for its biggest customers on October 1st and at the end of the month, Light Crude Oil has fallen almost $12. The move signaled that the world’s largest exporter would rather defend its market share than prop up prices. With Iraq, Kuwait and Iran following suit, this could be an affordable winter.

The International Monetary fund this month cut its forecasts for global growth for 2015 to 3.8 percent from 4 percent.It is predicted that oil consumption would expand at the slowest pace since 2009 after cutting its forecast in October to half of what it predicted in June.

The intraday could see a rebound towards $81.75 before continuing its slide as the higher low on the hourly timeframe is currently being tested.