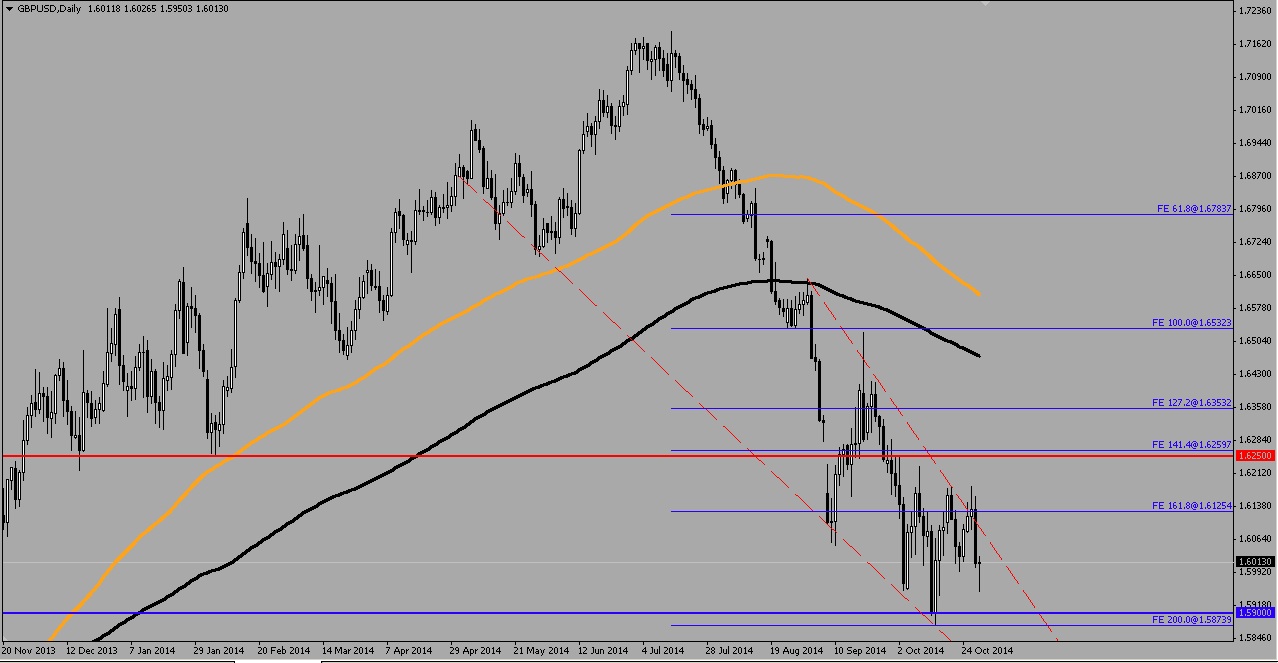 1.596 support was tested as Cable capped losses after the FOMC minutes announcement 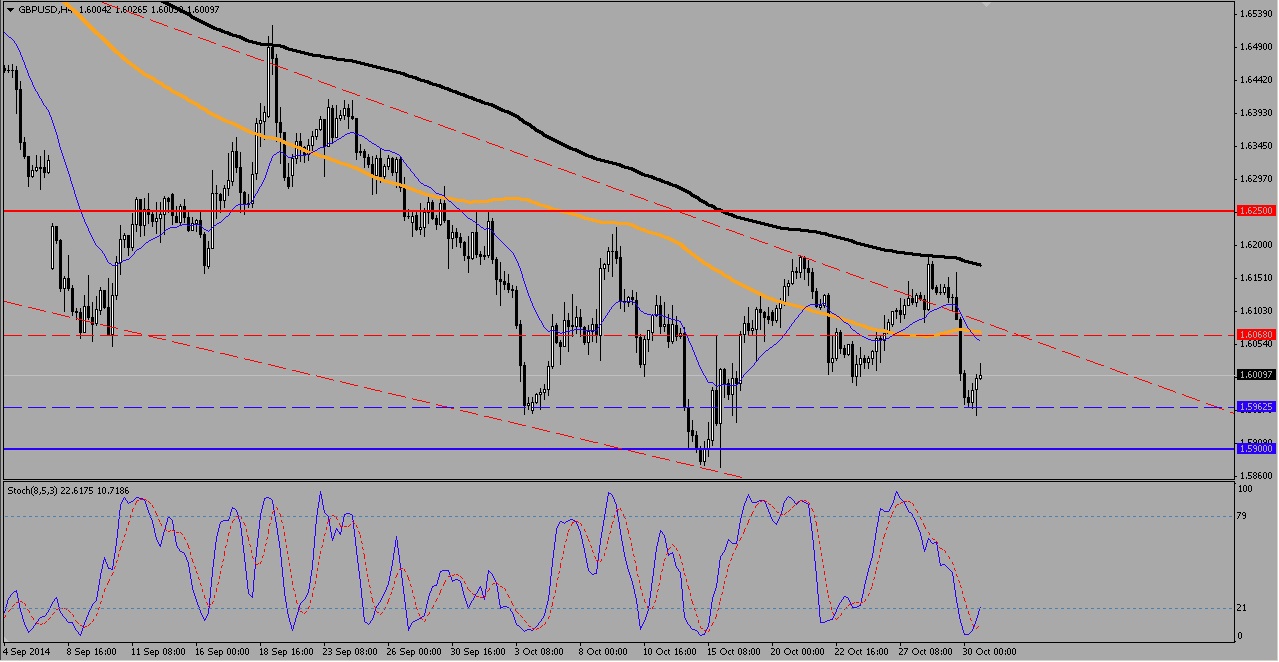 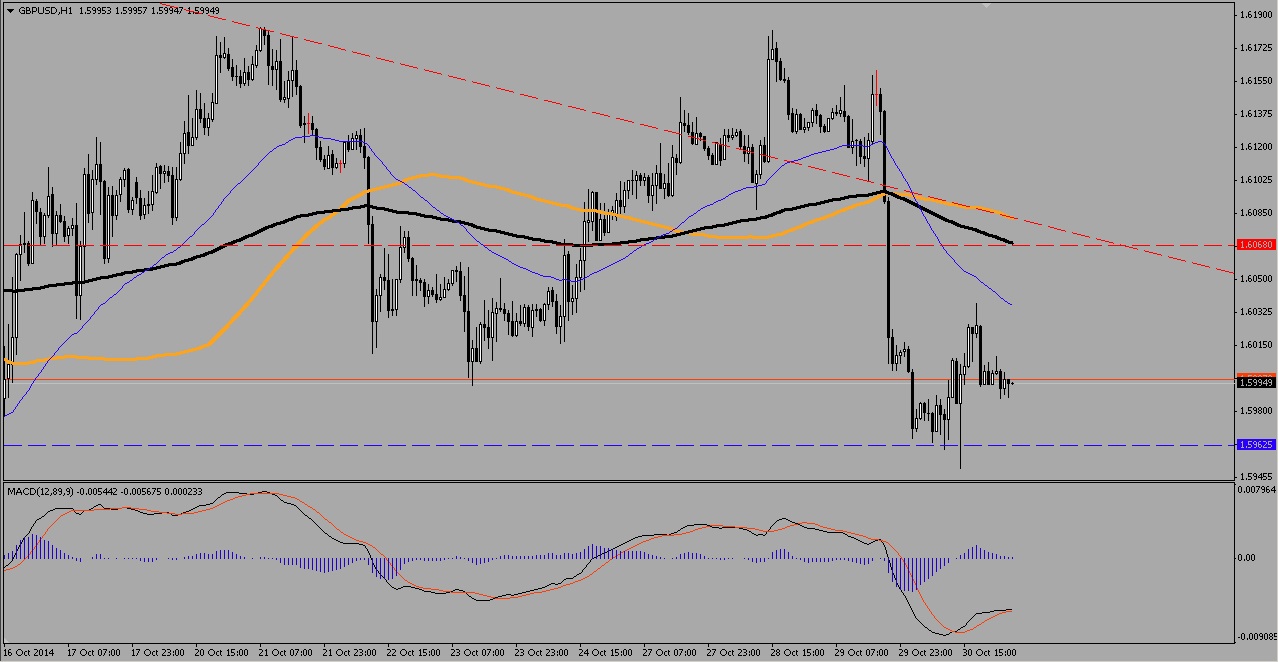 Current Market Price for Cable is at a minor resistance level but still part of a general higher low after support at 1.596 held firm

GfK consumer confidence fell lower than expected as Cable ended its retracement and continued southwards below 1.6000. An intraday bearish movement is likely to continue with the look for the moving averages dipping and moving downwards, and the Traditional MACD trading below the zero level. A series of higher lows towards 1.606 could still occur but take note of the lower high trendline in red as the main resistance to watch out for. Though there are no more news data from the U.K as October comes to a close, U.S Core PCE Price Index and Personal Income and Spending month on month data could swing this pair later today.

Tags Bank of England BOE Dollar GBP GBPUSD GBPUSD analysis GBPUSD forecast GBPUSD outlook GBPUSD projections GBPUSD Technical Analysis Mark Carney MPC Pound sterling Sterling Pound USD
Disclaimer: The views and opinions expressed in this article are solely those of the author and do not reflect the official policy or position of AtoZ Markets.com, nor should they be attributed to AtoZMarkets.