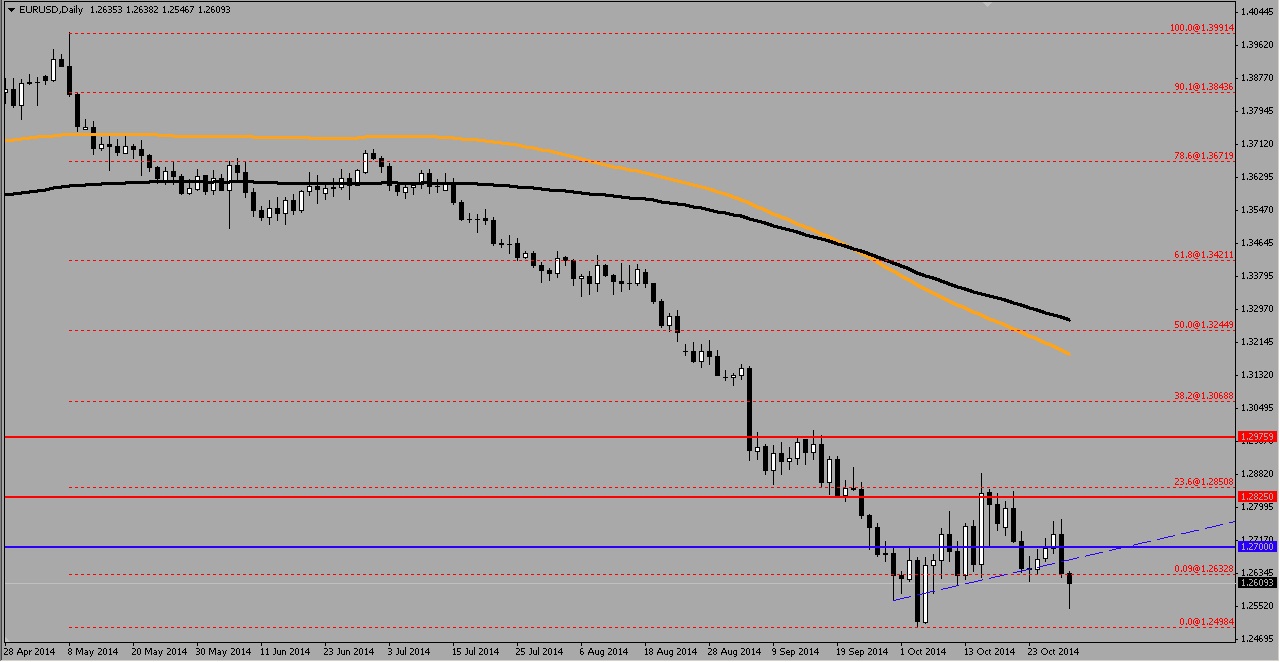 Spanish and German data weighed on the Euro as U.S GDP swung EUR/USD slightly below 1.2600 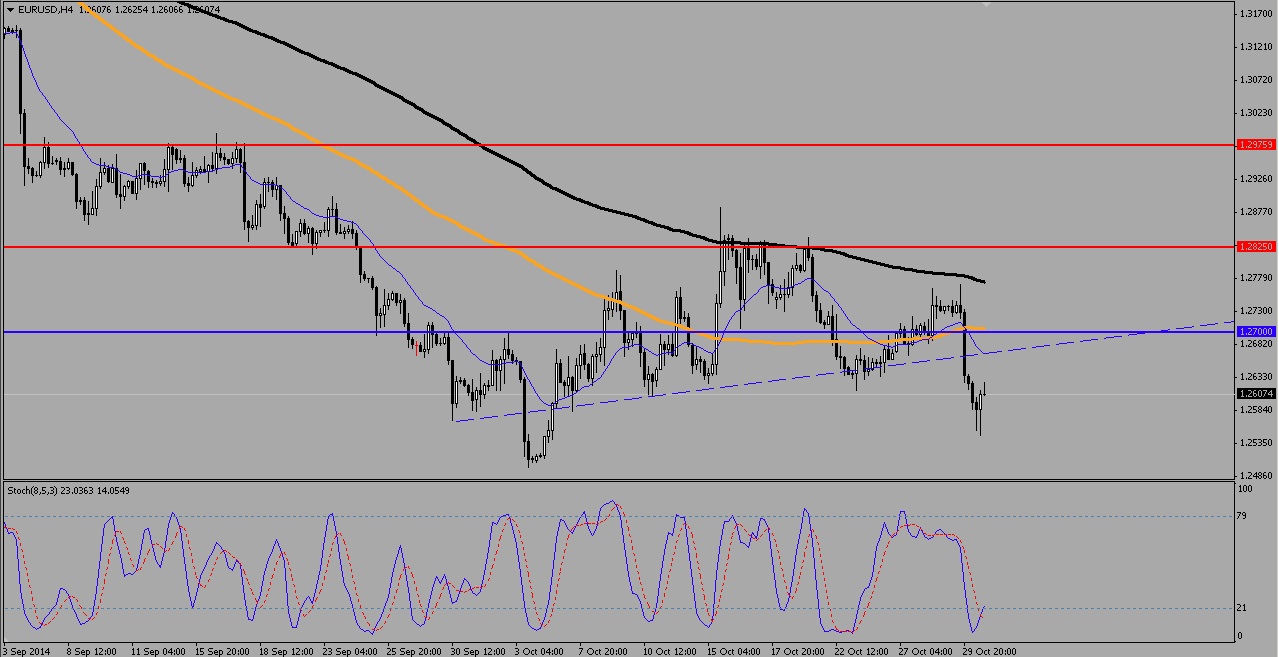 Breaking below the blue trendline, the pair was unable to return to previous highs and looks to trade towards previous lows. 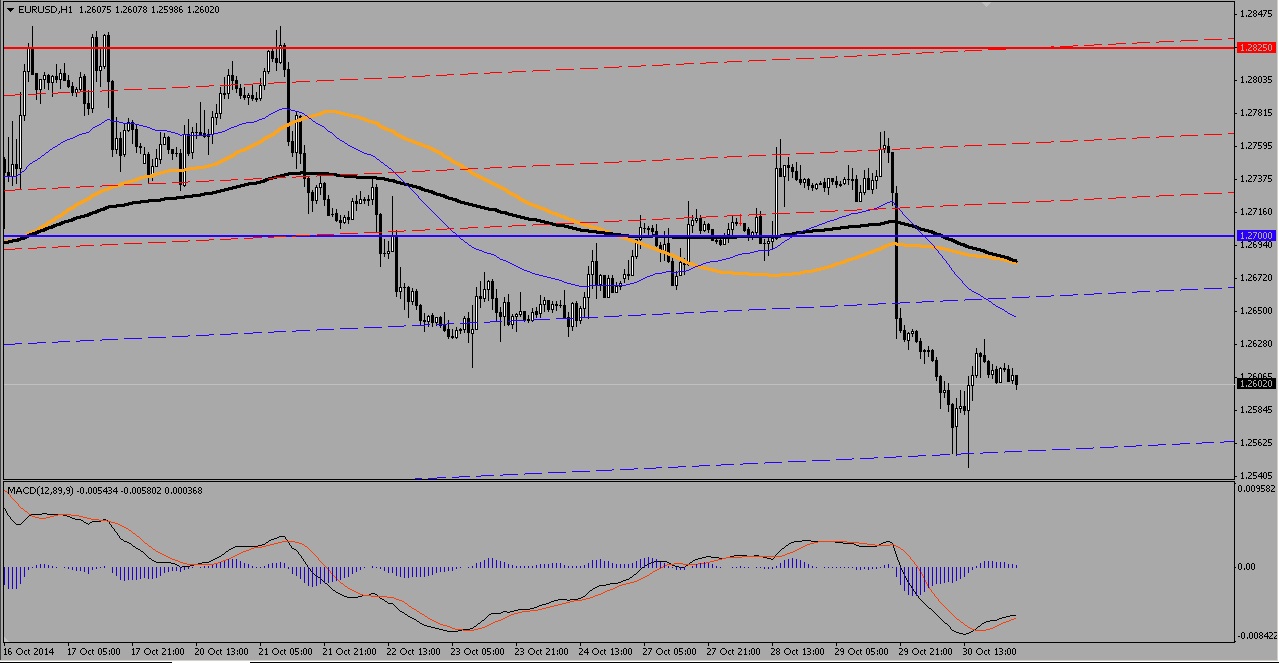 EUR/USD retraced towards 1.263 and showed resistance as the pair rejected the price and continued bearish, sustained by the bearish Traditional MACD indicator

Spanish Flash CPI year on year fell while quarter on quarter Flash GDP grew as estimated. German unemployment fell by 22,000 as mixed results saw EUR/USD hover around the 1.255 range as support. Failing to trade bullish above 1.263 we will see sub 1.2600 levels as the Dollar regains strength on the hawkish Advance GDP quarter on quarter change, despite a slightly higher than expected Unemployment claims from the previous week.

CPI flash estimates year on year change later during the European session is expected to improve slightly, but resistance at 1.2700 will be the price to watch to see how EUR/USD ends this week.