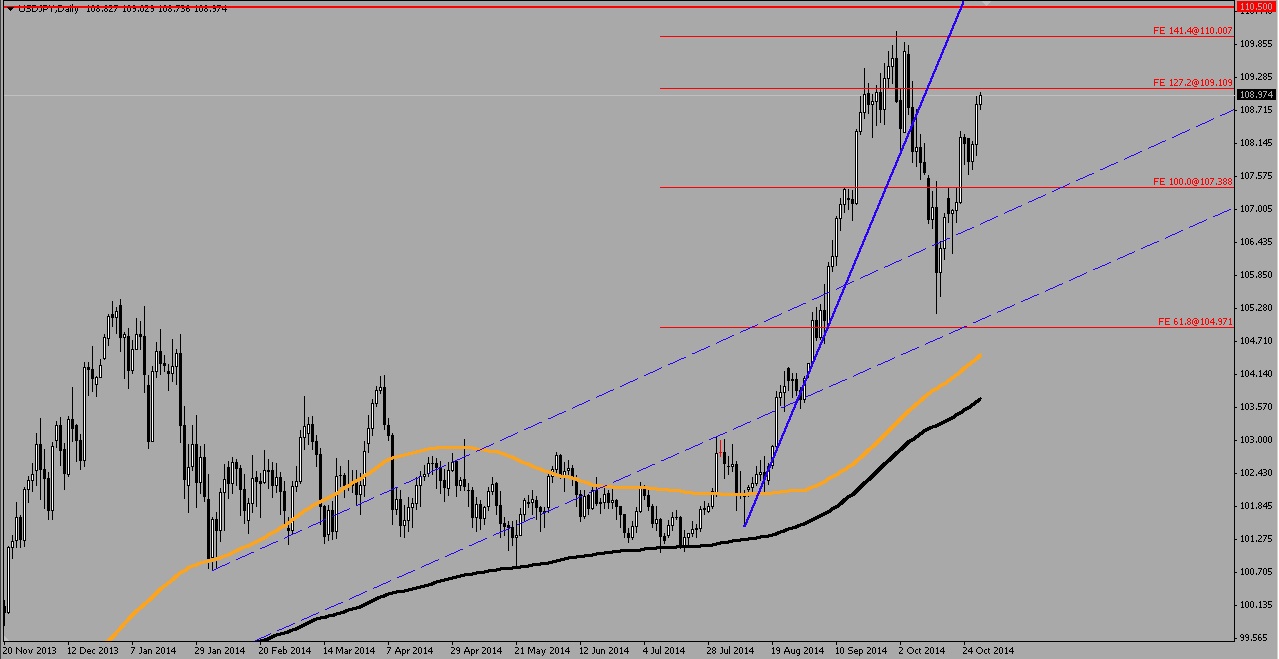 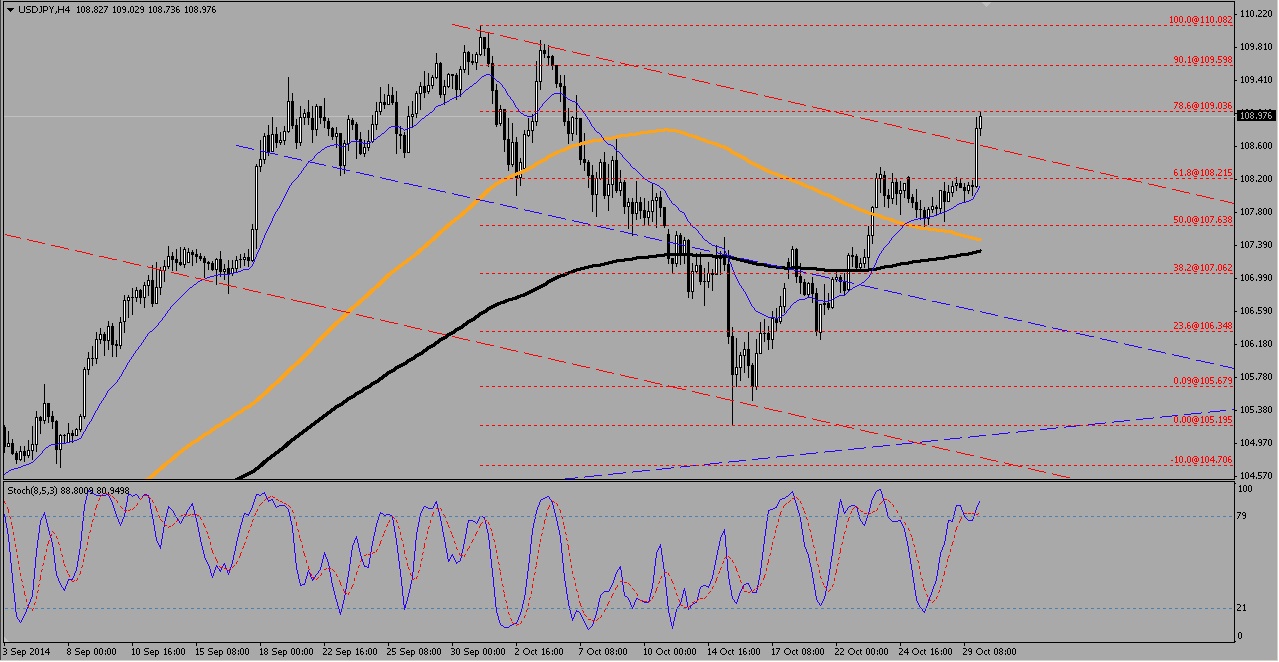 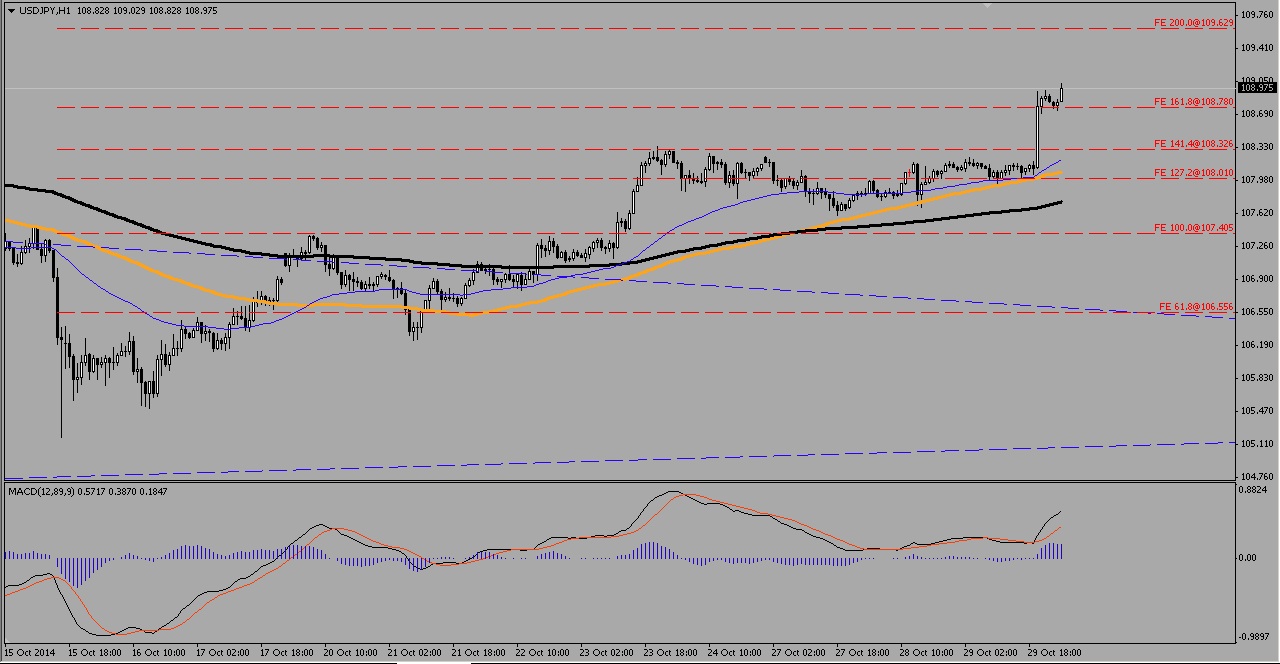 108.78 acting as support after breaking through will lead us to focus on next resistance at 109.63 as the pair remains bullish.

U.S dollar climbs against the Yen after trading beyond 108.2 resistance as the FOMC gave the market adrenaline by announcing its hawkish tone on the employment market’s recovery, at the same time reaffirming the lower inflation in the U.S as nothing much more than a reflection of how lower energy prices slowed prices rising in the markets. The BOJ meets only tomorrow to release its National and Tokyo Core CPI year on year changes. USD/JPY broke higher and above the uptrend Fibonacci Expansion level of 161.8% at 108.78, with 109.6 the next resistance at time of writing

Plus500
Open live account Review
Tags Abenomics Bank of Japan BoJ Dollar Haruhiko Kuroda Japanese Yen Kuroda Shinzo Abe USD USDJPY analysis USDJPY forecast USDJPY outlook USDJPY technical analysis Yen
Disclaimer: The views and opinions expressed in this article are solely those of the author and do not reflect the official policy or position of AtoZ Markets.com, nor should they be attributed to AtoZMarkets.