Light Crude Oil prices raised to 82.80 as inventories were lower than estimated 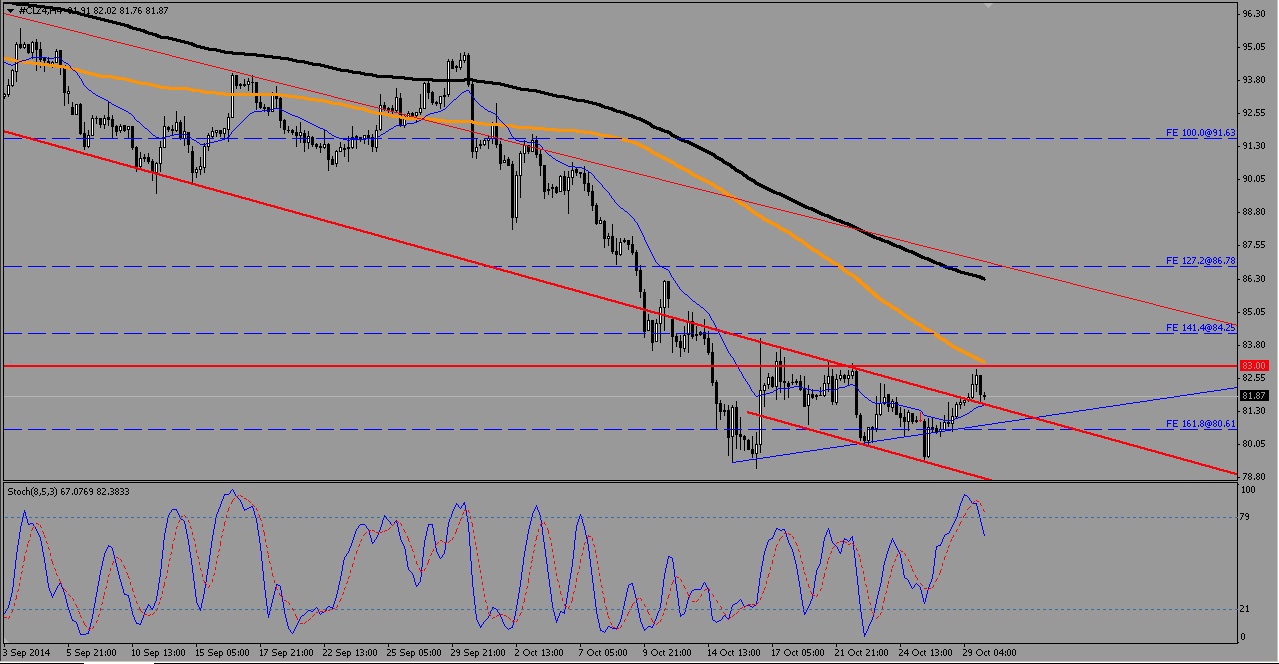 The markets reversed on the rebound of Light Crude Oil prices after it broke above the downtrend channel, with an overbought signal soon to be confirmed for profit taking. A support at 200 hourly average does not bode well for traders, standby for further development once candles break lower and follow the gradient of the 50 and 104 moving averages dipping lower.

The FOMC meeting minutes showed that inflation slowdown concerns in the U.S were due to falling energy prices and should not be alarmed. In what turned into a hawkish tone Light Crude Oil ended its correction towards $82.80 and fell towards $81.70