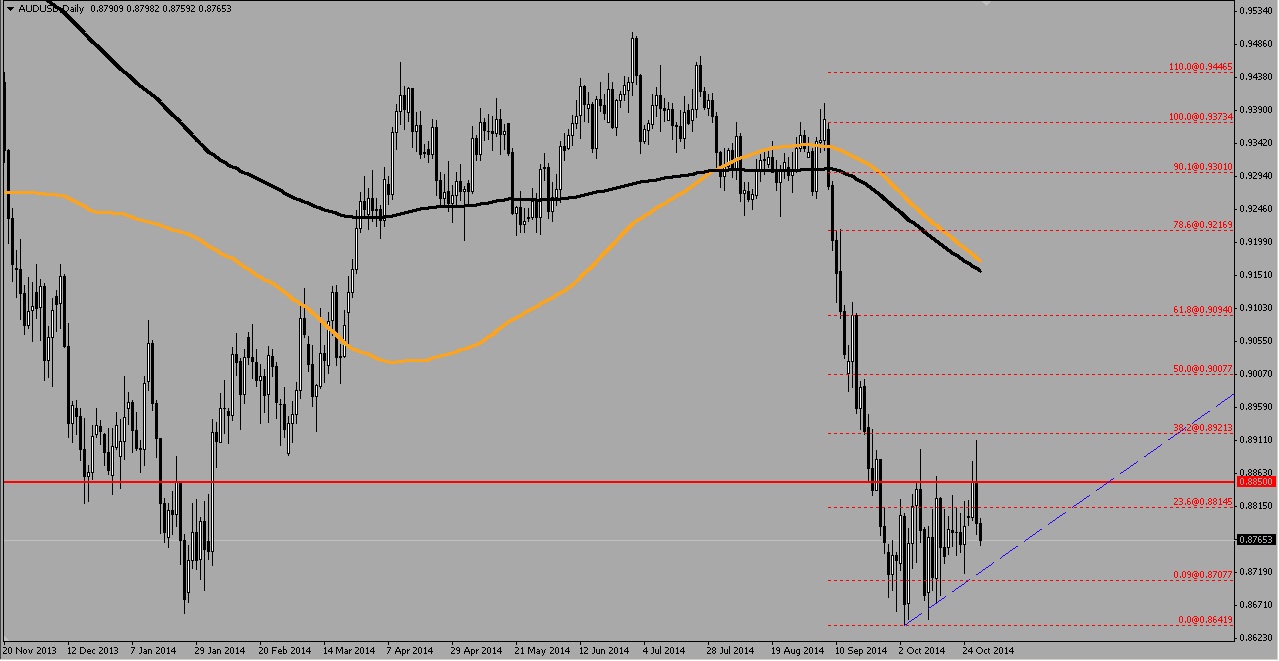 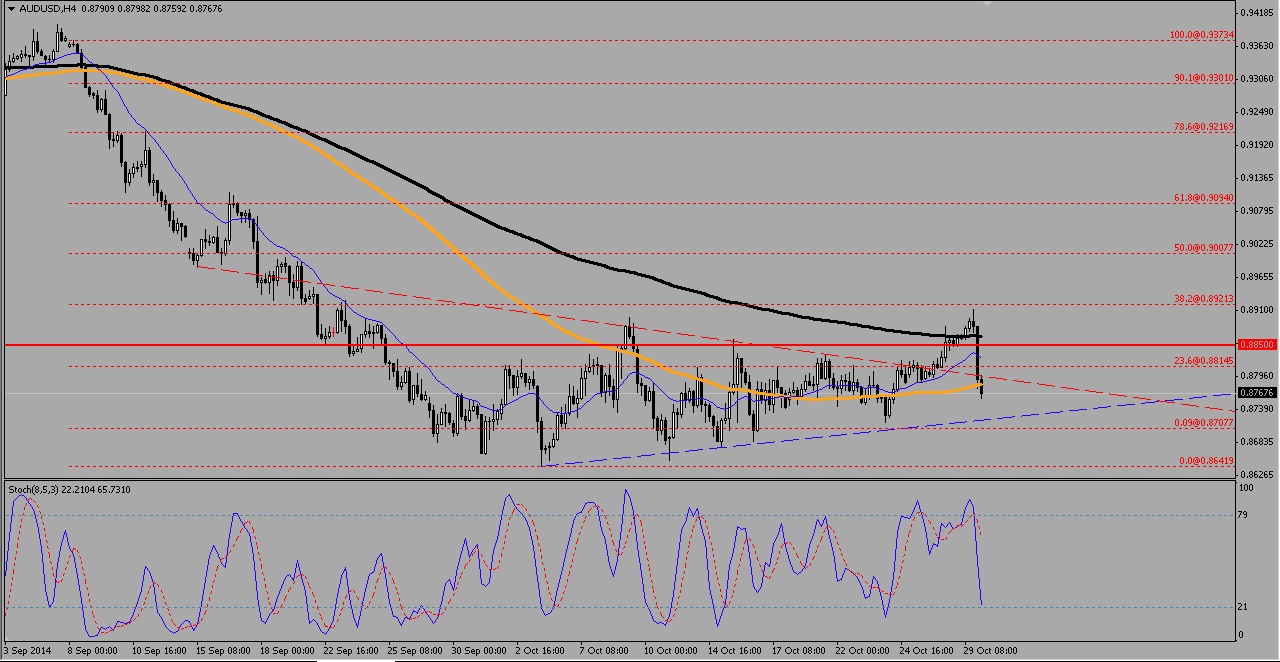 Approaching the 38.2% of the downtrend Fibonacci retracement level, the Australian dollar fell back below 0.885 resistance and looks to challenge the supporting trendline in blue at 0.8700 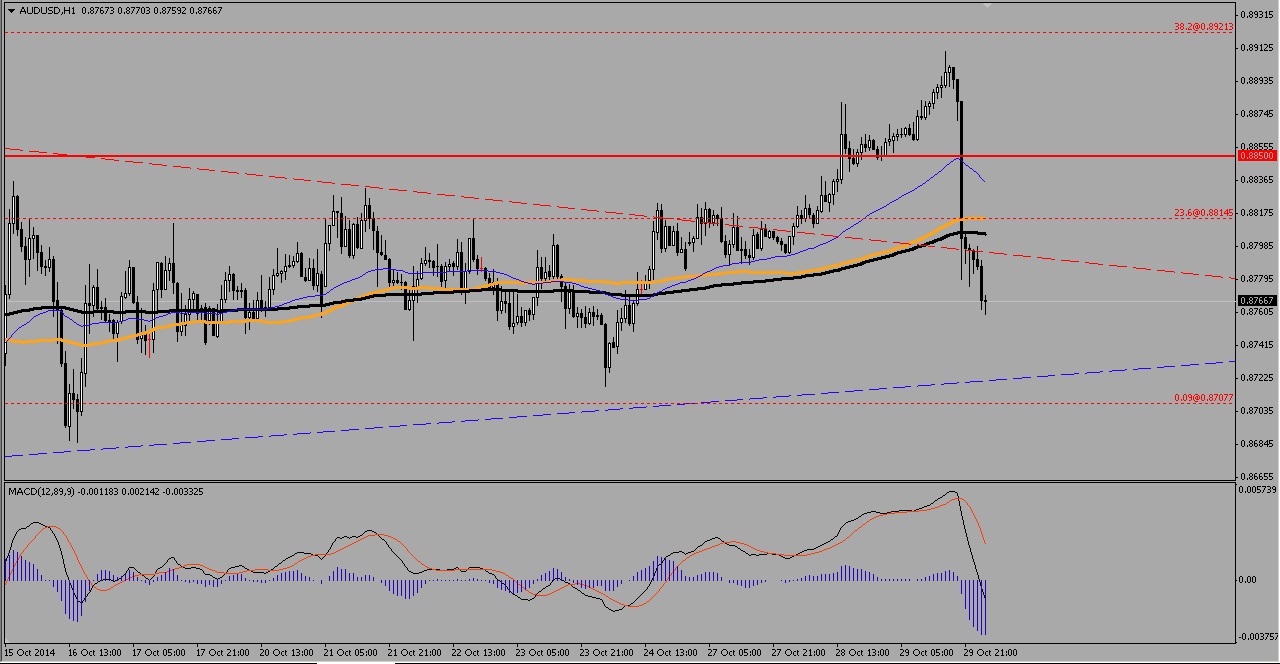 Month on month decline in import prices swings the price below 0.877 as the Traditional MACD falls into negative (bearish) territory

The Australian dollar trades just shy of 0.8900 against the Dollar as the FOMC Meeting Minutes sent AUD/USD back into the symmetrical triangle range below 0.8800 resistance turned support. Just announced new home sales month on month change and the changes in quarterly import prices also pushed AUD/USD below 0.877. Further movement for the pair today will likely revolve around the U.S unemployment claims and advance GDP quarter on quarter changes before Federal Reserve Chairperson Yellen’s speech after that.