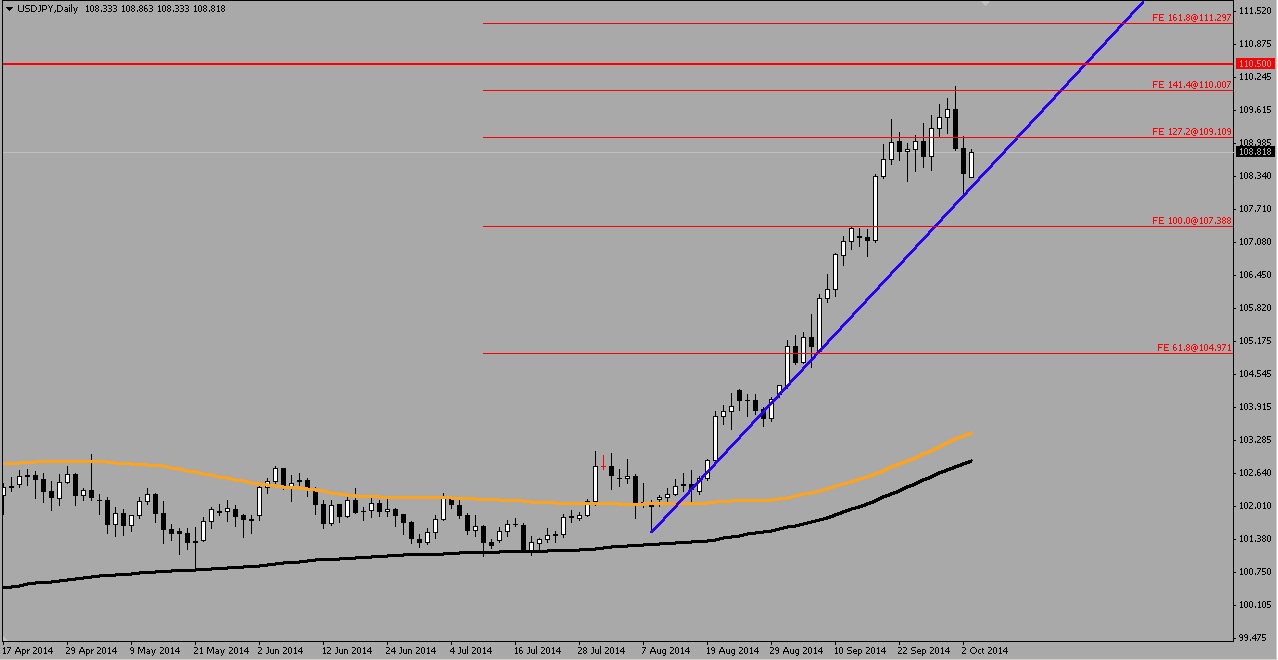 2 days of bearish movement for the USD/JPY for what seems like an eternity as traders took profit near the 110 price range as more buyers of the pair awaits. Observe the long term trend line in blue. 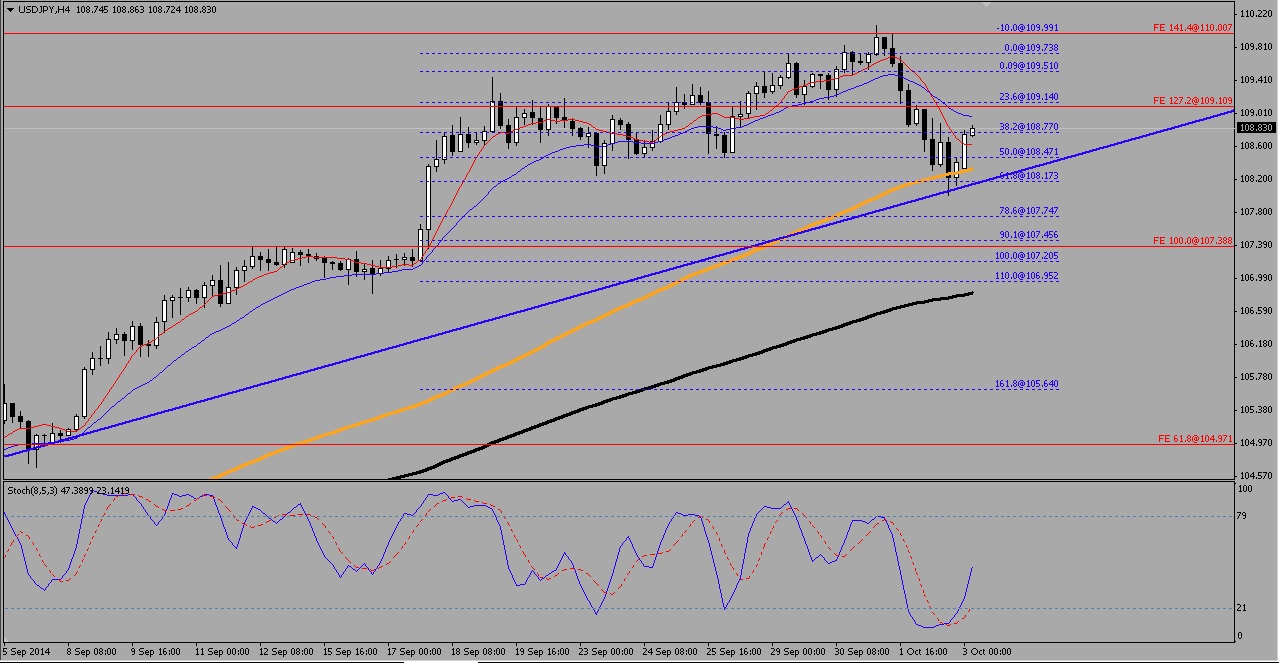 108.17 support yesterday as seen on the Fibonacci uptrend retracement level coincided with the long term supporting trendline, causing the market to respond by grabbing buy entries that saw the USD/JPY rebound towards 108.77 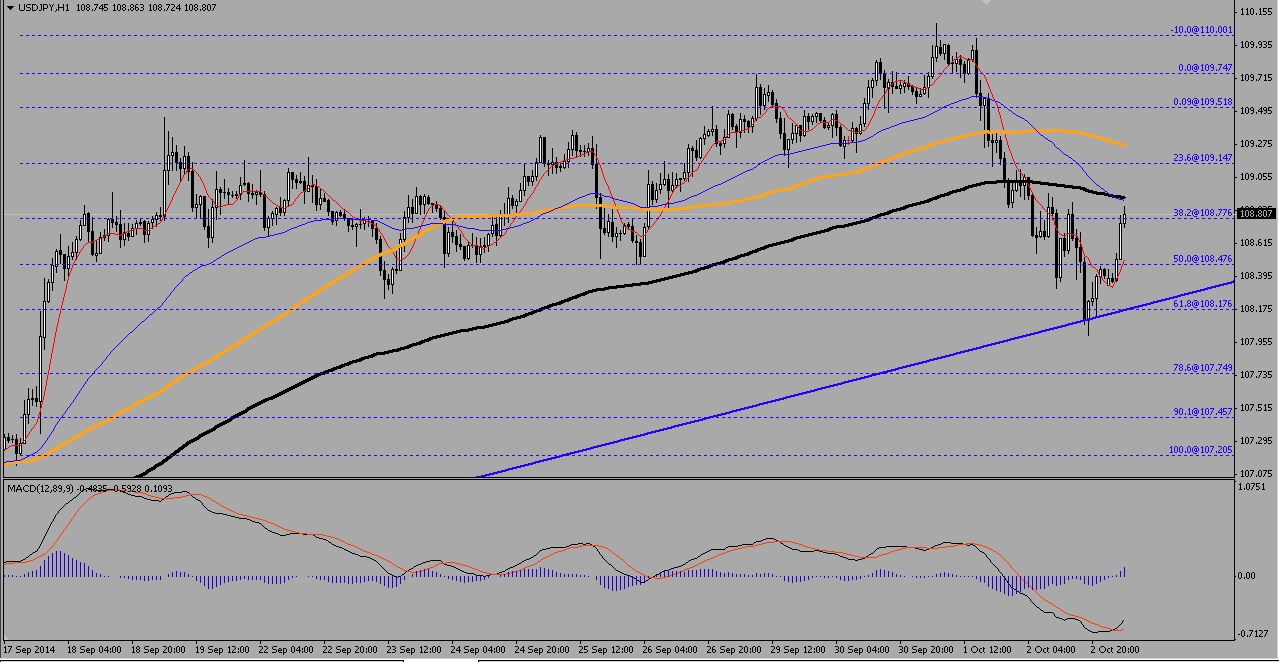 Though 200 hourly average seems to hook slightly bearish, an optimistic sign as the 20 hourly average in red supports the recent reversal towards bullish after the 61.8% of the fibonacci retracement formed as support.

A weaker Yen is beneficial for companies which rely on exports, but the small local companies will be badly hit as utilities are relatively more costly for them while trying to eke out profits, especially when consumers are cutting their spending. The Yen is now poised to complete a 3 year slide, the last time this happened was in 1997, preceding the Asian Economic Crisis. As the U.S moves to cut down monetary policy and Japan looking to increase purchases, this could result in a "runaway train" towards 125, the last seen in 2005

How Is the Stagflation That Everyone Talks About?
Broker of the month!