Yesterday , the BOE rate was raised as expected from 0.25% to 0.5%. GBP dropped as a result of ‘not so bullish’ statement from the Bank Governor. With the NFP coming later today, we present this analysis based on 3 November GBPUSD Elliott wave analysis ahead NFP.

03 November, AtoZForex – Since yesterday’s rate statement release, the Cable has dropped close to 2%. Technically, it was meant to be so and with yesterday’s fundamental mood from the BOE, it could drop more. But, we have the NFP today which is also an often volatile fundamental event. If the data comes out better than expected for USD by a big margin, the Cable is very likely to drop to the 1.277 low or even deeper. A worse than expected release should cause a bullish spike but it’s likely there will be an absorption.

In the last update, we noticed price completed a bullish corrective pattern that dominated the best part of October. It was only normal to think the bearish move would continue. Elliott wave theory helps us to identify corrections and distinguish them distinctly  from the predominant trend (motive waves). At the end of the correction, the trend is expected to continue in the direction it was moving before the correction. The chart below was used in the last update. 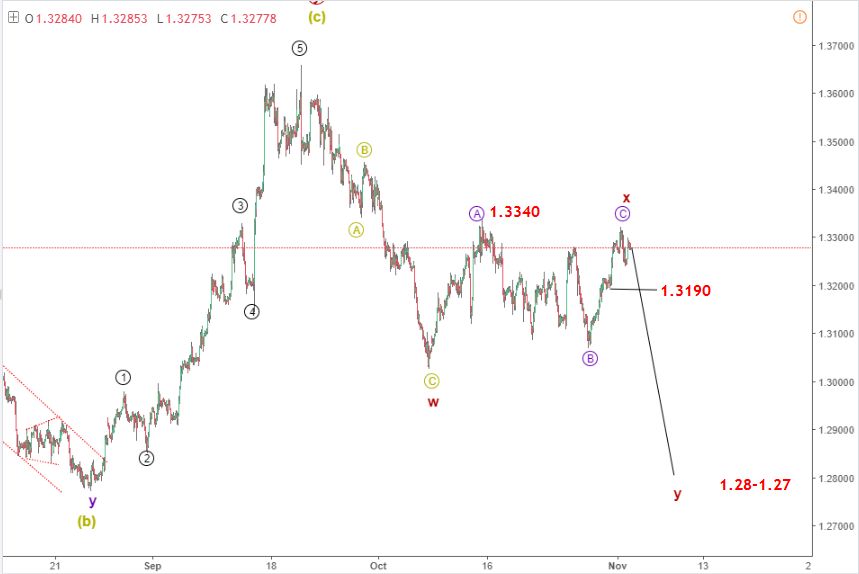 The chart above shows a regular flat could play out just below 1.3340. A break below 1.3190 could be a good trigger for a bearish journey to 1.28-1.27 especially if the rate is unchanged and the tone is less positive than expected. If the other way happens, this pattern will be violated and price will bridge above 1.3340 up to 1.35-1.36 to make a different corrective pattern. 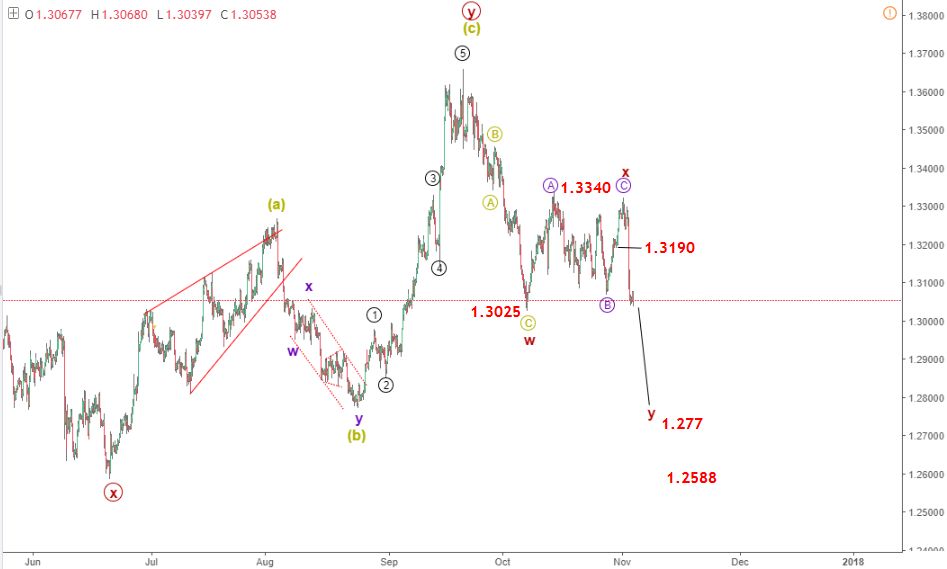 Price broke below 1.3190 after the BOE statement and now heading to 1.3. A favorable NFP release for the USD will force a breakout below 1.3, then 1.277 and 1.2588. A good decision is to close half profit, adjust protective stop above 1.3190 and relax as the NFP is released. A break above 1.3340 could send price higher. Stay tuned for our update after the NFP.