Gold is going downside after completing an impulse wave that topped above 1263. This pattern was also formed just below a long term falling trendline. We expect a bearish correction to 1174 based on 3 March Elliott wave Gold setup. Will the bears gather more momentum?

03 March, AtoZForex - One of the reasons for Elliott wave's effectiveness is the capacity for an 'exit strategy'. Every pattern that completes has an expected move. A complete impulse wave of a particular degree is to be followed by a 3-wave correction of the same degree. The a-wave of this correction is usually a motive wave or the first sub-wave will be a motive wave. A trader or analyst should be weary of anything short of that. You don't want to see a triangle pattern or a complex combination pattern after an impulse wave. That's the call for 'exit' - no waiting, no hesitations. We could see that clearly in Gold.

In the last update on Gold, we spot an impulse wave. A 3-wave correction was immediately expected to 1167. The chart below was used. 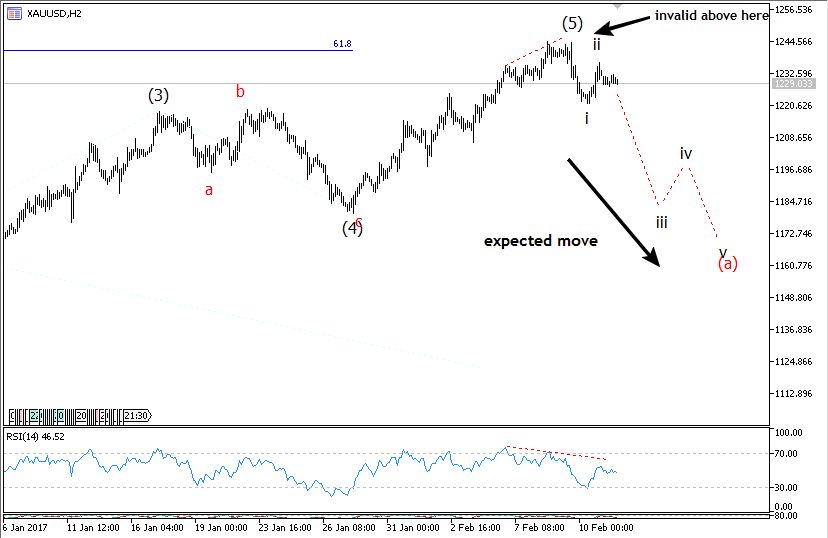 What happened afterward?. Price went into a side-way move which indicated bullish continuation. The side-way direction was the 'exit'. The 'exit strategy' of the Elliott wave theory is when an expectant resultant move is not seen after a pattern. Every pattern has 'before-formation' and 'after-formation' characteristics. This fact doesn't happen all the time but 70% of the time, they can be effective.

After the violation of the pattern above, another impulse wave surfaced and seems to be the real 'deal'. The chart below shows an impulse wave completion and price's reaction. 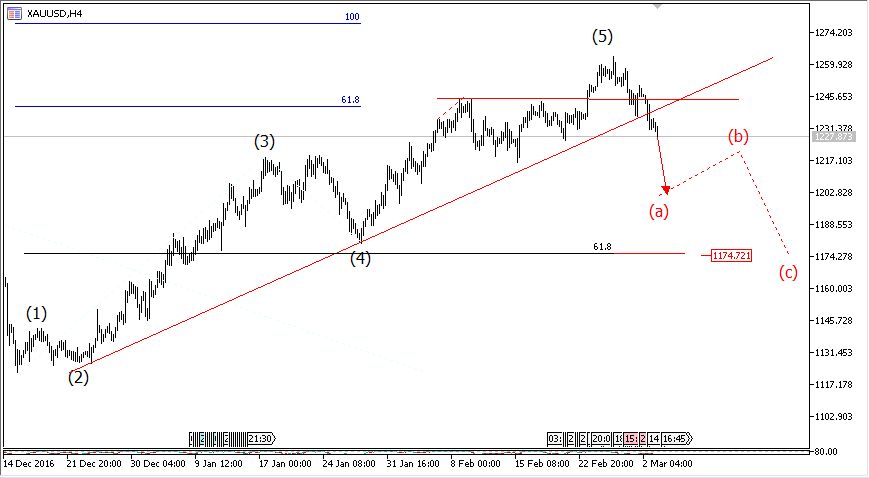 Price broke out of the wave 2-4 trendline. A dip to 1174.72 is very likely. The dip is expected to be a correction as price gathers more momentum to resume the bullish trend. This pattern is better than the previous one because price is seen making an impulse wave breakout shown by the chart below. 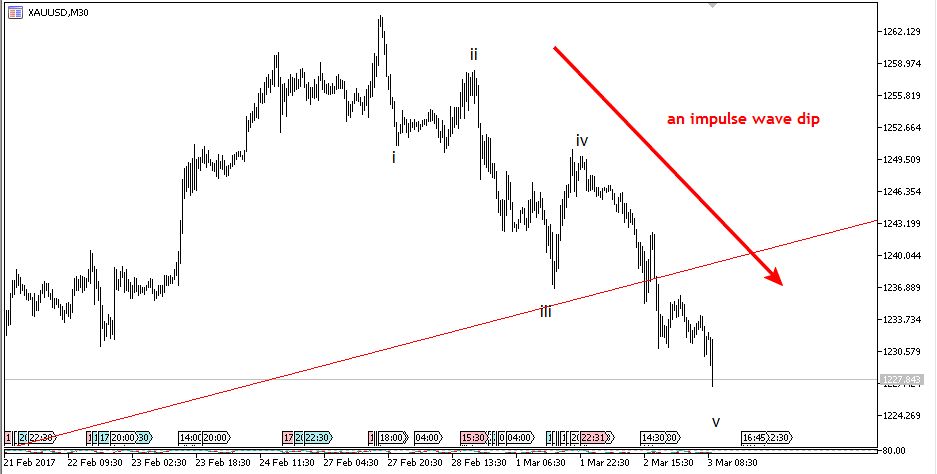 The bearish move will go down to 1174 but an intraday seller can look for a pullback entry to join the move.