The British Prime Minister, Theresa May, triggers Article 50 on Wednesday. Article 50 is the legal procedure by which an EU member leaves the union. The process of exit usually takes 2 years. Technically, how can GBPUSD fair in the coming weeks and months?. The following give a clue based on 3-7 April GBPUSD weekly Elliott wave analysis.

31 March, AtoZForex    GBPUSD dipped prior to Wednesday, when MAY triggered article 50 according to the Lisbon treaty. This is the requirement to exit the EU by any member. The dip was minimal as expected as price recovered the following day. There was an impulsive rally at a strong resistance prior to the event. We had earlier called for a continued bullish move after the corrective dip.

The BREXIT effect will still be bearish on the CABLE and so a deeper dip to 1.22 or below may be seen but the market will get over it and adjust for a new bullish move

The immediate dip that surrounded the event was way below the minimum expectation. We promised to update you after the event and this is the right moment to look at the Cable again. We have made adjustment to our analysis and forecast. The following is the weekly chart of the Cable. 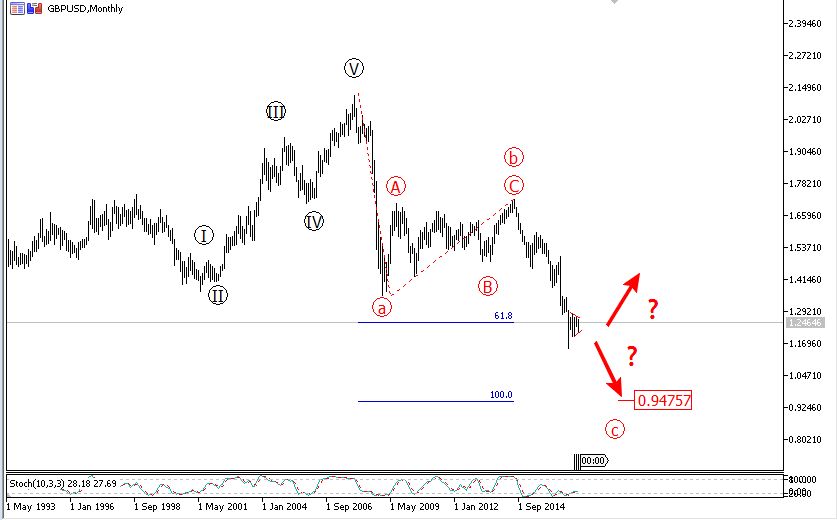 The chart above shows how the GBP fell from a long term high above 2.1. The fall is so fast and exhibits the properties of a zigzag pattern. This is a corrective move that underlined the strength of the Dollar against other major currencies. Zigzag patterns have a 5,3,5 sub-waves. This means that the first leg – wave a, is a motive wave followed by a corrective wave b and wave c resuming the direction of the zigzag. The Fibo-ratio relationship between Wave a and c is often 100% but sometimes 61.8% when wave a is longer and 161.8% when wave c is longer. Once price gets to these levels, reversals can be anticipated. The chart above shows the Zigzag in cable at wave c = 61.8% of wave a. Will price reverse from here or go deeper to 0.9475 (100% of wave a)? 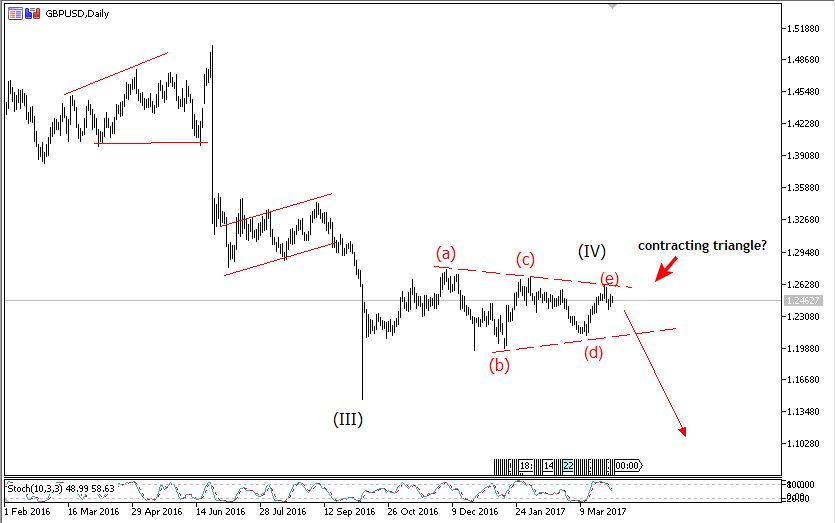 The chart above shows a triangle pattern completed and waiting for a breakout downside. If price remains below 1.62, there is high likelihood that it could start the last bearish journey. A break below the triangle will set price toward 1.12 before the Cable could pick up again. A surge above 1.62 can’t be ruled out as well.

Exiting from EU won’t be easy on GBP in the coming months. The thought of further falls is not absurd as the British economy tries to cope with uncertainties that will follow their exit.