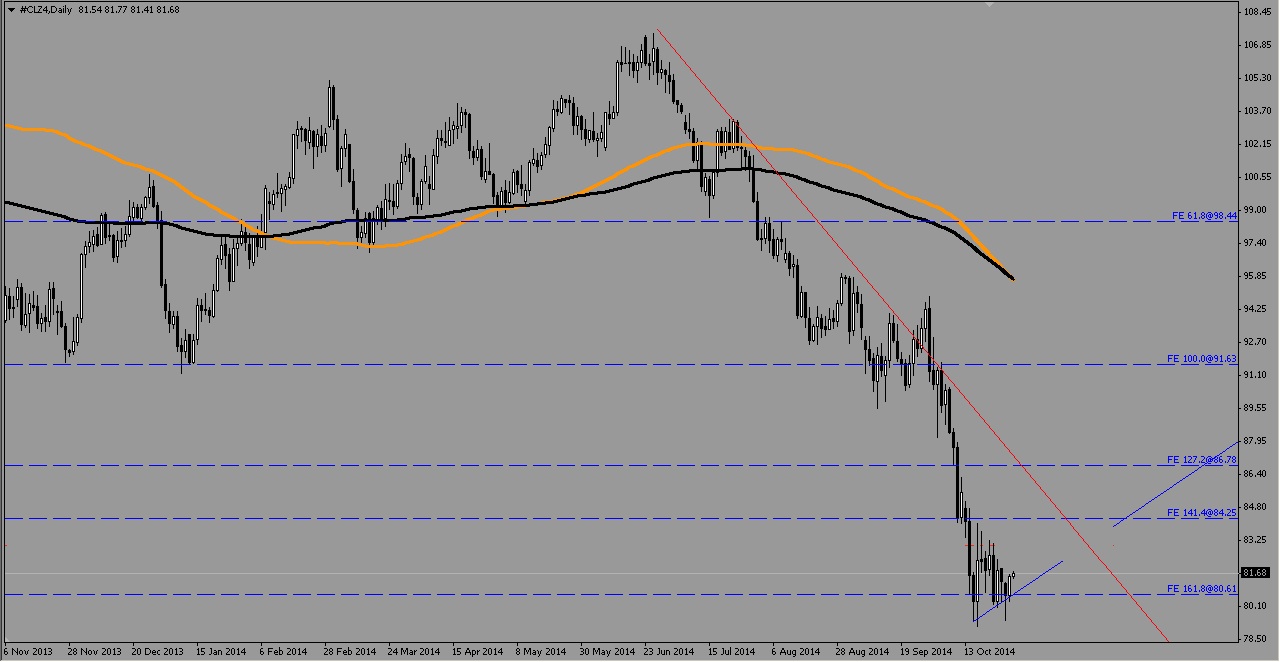 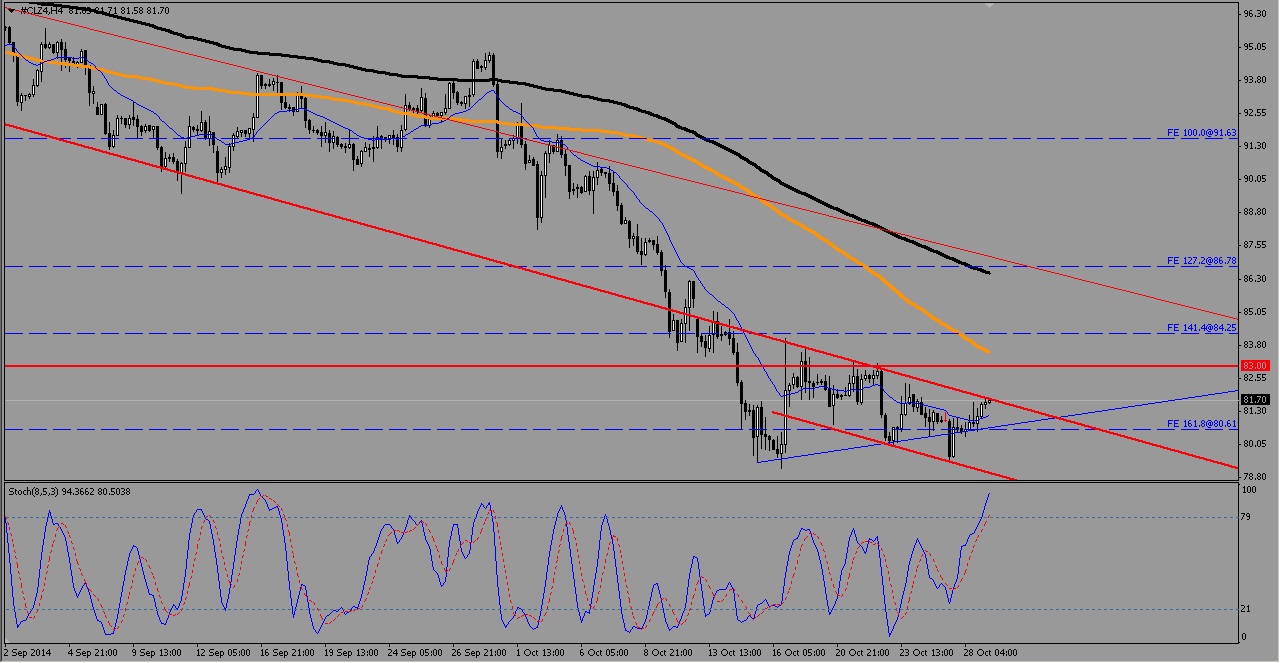 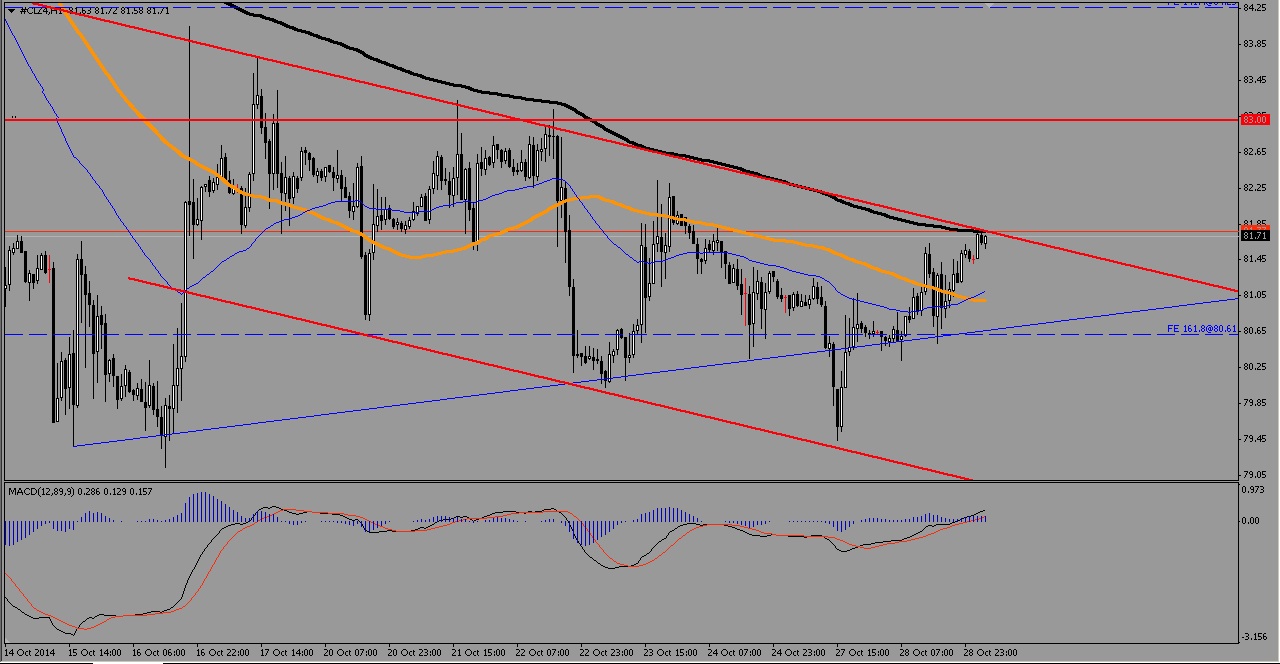 200 hourly average looks to resist but the 50 and 104 moving averages are hooking up, with the Traditional MACD moving slightly bullish

The intraday movement seems bearish so long as the 200 hourly average holds firm and the price of Light Crude Oil stays within the downward channel. The data release later today estimates inventories of 3.3million barrels and based on the previous release, the surplus could be more than expected as rate of production has not ceased. Price resistance at 83 is crucial.